It's hard to miss the new shiny toys popping up around town. The shareable Birds and bikes are cool, and I'm sure they earn the city a few extra bucks, while making Memphis more attractive to tourists. But the real question we should be asking is: Are the new shared-mobility options equitable and accessible for Memphians that live beyond the city's core?

The answer is — for a few reasons — probably not. Let's start with the bikes, which, apart from a few stations located near Orange Mound and South Memphis, are concentrated in Midtown and Downtown, like most of the city's amenities.

This wouldn't be as much of an issue if the mission of Explore Bike Share (EBS) was not to "implement a bike-sharing program for the benefit of the general public with access to as many Memphians as possible."

You simply can't reach as many Memphians as possible if you're only operating in certain neighborhoods. Next year, 300 more bikes are slated to join the fleet, and it would only make sense that these are dispersed at stations in low-access neighborhoods where residents actually need transportation, if in fact, EBS is committed to being easy, accessible, and affordable.

Even if the bikes do extend into lower-income neighborhoods, a smartphone and credit card is required to rent one. What about the population of Memphians who don't own those? There has to be a real effort to make these amenities truly accessible to not only the people who want them, but also to the ones who need them. 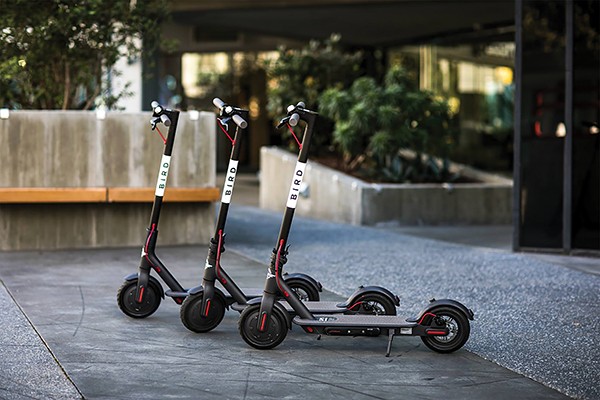 Especially in a city like Memphis, with a huge wealth gap, there should be intentionality by the people in charge to level the playing field. If the city is going to endorse new programs like bike sharing, then isn't it also the city's responsibility to ensure that people on both ends of the income scale can access and use them?

Adequate and reliable transportation for everyone is a key piece of equality in any city. Vehicle ownership is expensive, and to get from place to place, people without cars here are forced to rely on their own two feet and the city's transit system, which clearly has room to grow. It is no secret that Memphis' public transportation system is lacking in many ways and needs improvement.

If you compare the Memphis Area Transit Authority (MATA) to systems in other cities, well, there really is no comparison. Buses in Memphis don't come frequently enough for most people to depend on them to get to school, work, and other necessary places. People have to wait up to an hour for a bus that ideally should be coming every 15 minutes.

I will give it to Gary Rosenfeld, MATA's CEO, though. Since he took on the role about a year ago, he's been pushing and advocating for a better transit system. One of the main obstacles standing in the way of MATA being a high-quality system is its lack of funding. For MATA to operate at the level it needs to, an additional $35 million would be needed each year.

If MATA can secure that funding, frequency on 70 percent of its routes would increase, reducing the wait time for passengers and bringing more — and useful — frequent service in close proximity to 70,000 additional people. With additional funding, MATA could also increase the number of people with access to service by 5 percent and bring transportation service to about 100,000 jobs in the city.

He's right. Creating new jobs and opportunities here is a solid step forward, but at the same time, people have to be able to access these opportunities on a consistent basis. Most often, the people who are in need of these programs and jobs are also the ones who lack transportation.

As Rosenfeld also said, good transportation provides mobility, equality, and increases the quality of life in a community. Whether it be buses, Birds, or bikes, access to transportation must improve in order for all Memphians to be able to live to their fullest potential. That's for their benefit — and for the benefit of the entire community.