“Charles Courtney Curran: Seeking the Ideal” at the Dixon

First major retrospective of Impressionist since 1942. 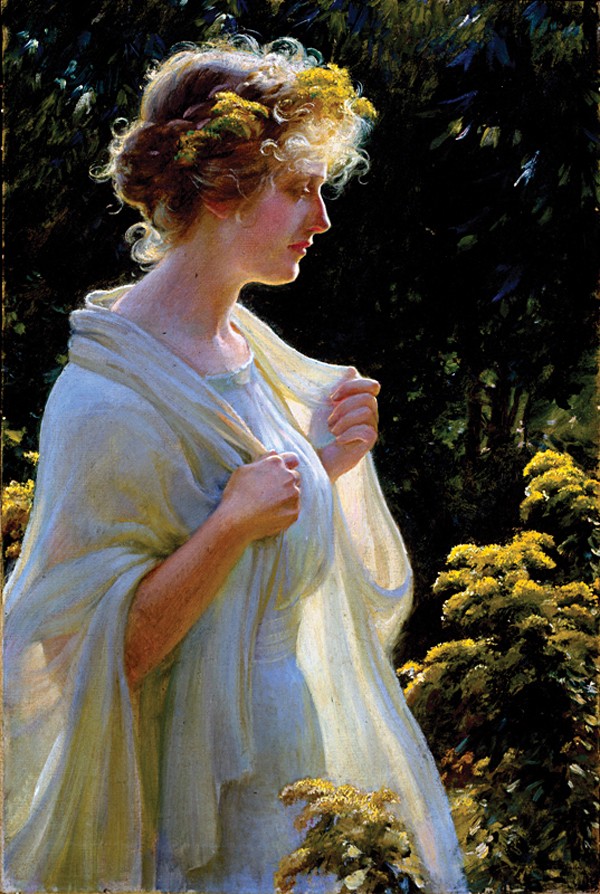 Cragsmoor, a tiny mountain art colony founded in the late 19th century atop the Shawangunk Ridge in Ulster County, New York, was created as a peaceful, unspoiled refuge for artists looking to escape the industrial creep of the modern world and reconnect with nature. Residents of the colony included explorer/painter Frederick Samuel Dellenbaugh, renowned landscape artist George Inness Jr., and the Kentucky-born Impressionist, Charles Courtney Curran, a figure and landscape painter who is receiving his first major retrospective since 1942, courtesy of the Dixon Gallery and Gardens. In 1906, a journalist described the Cragsmoor colony as "a harmonious community, active-minded and deeply interested in the best art, literature, drama, and music ... people who have seen the world far and wide, yet they find the charms of Cragsmoor undimmed by comparison." The writer could just as well have been describing the life depicted in Curran's luminous paintings which bring modern decorative elements to paintings that are somehow nostalgic, whatever the style or medium being employed by the Paris-trained Curran. 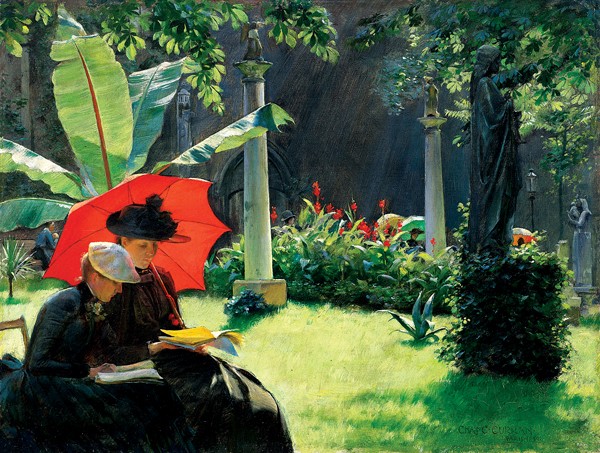 "Charles Courtney Curran: Seeking the Ideal" is a touring exhibit originating from the Dixon. It showcases Curran's garden imagery by assembling 60 significant paintings and drawings from various public and private collections around the country. After its closing at the Dixon, "Seeking the Ideal" travels to the Frick Art and Historical Center in Pittsburgh and then to the Columbia Museum of Art in South Carolina.