Of the many music talents that Memphis has sent out into the world, Charles Lloyd, the master of the saxophone and flute, may have traveled the furthest and the widest. Indeed, his genre-breaking career has taken him into such diverse musical landscapes, with such grace, that now, aged 80, he's become a kind of musical Walt Whitman, singing the body electric in all its forms.

His appearance at the Germantown Performing Arts Center on September 28th will feature the Marvels. While the rhythm section of Rueben Rogers and Eric Harland remains, the group is filled out with Greg Leisz on pedal steel and Bill Frisell on guitar. This was the group behind Lloyd's latest album, Vanished Gardens, which also features Lucinda Williams on some tracks, often re-imagining her own songs in remarkable ways.

I connected with Lloyd to ask him what Memphis means to him, how the Marvels came to be, and walking the fine line between order and chaos in his music.

Memphis Flyer: What do you take away from your Memphis years that you still feel is fundamental to your playing today?

Charles Lloyd: The mysticism of sound has always been around Memphis, going back to the early spirituals and blues guys to W.C. Handy and Jimmy Lunceford. There was music everywhere. Just walking down a street — if the windows were open, you heard music. It was our inspiration and consolation. In the fourth grade at Melrose, I heard Willie Mitchell's big band and it was like a thunderbolt to my heart. They were standing on the shoulders of Lunceford and Duke Ellington, but more modern — like Dizzy Gillespie's big band. At that time, I had wanted to be a singer, but hearing Willie's band encouraged me to appeal to my parents to get me a saxophone.


Memphis was a very rich environment with so many great musicians; Willie Mitchell, Jeff Greer, Andy Goodrich, Bill Harvey, Fred Ford, Hank Crawford, Floyd Newman, Onzie Horn, Luther Steinberg, Phineas Newborn, Robert Talley, Fat Sonny — to name a few. And Bird was conceived in Memphis, but was born in Kansas City — so I always link his roots to Memphis. It was an historic era for music and I was so blessed to grow up during that time.

I was also blessed that Phineas Newborn Jr. discovered me early and took me to the great Irvin Reason for alto lessons. And Phineas put me in his father, Phineas Sr.'s, band. Together with Junior and his brother, Calvin, we played at the Plantation Inn in West Memphis. Phineas became an important mentor and planted the piano seed in me.

I went to Manassas High School where Matthew Garrett was our bandleader. Talk about being in the right place at the right time! We had a band, the Rhythm Bombers, with Mickey Gregory, Gilmore Daniels, Frank Strozier, Harold Mabern, Booker Little, and myself. Booker and I were best friends; we went to the library and studied Bartók scores together. He was a genius.

We all looked up to George Coleman, who was a few years older than us – he made sure we practiced. George and Harold and I used to play at Mitchell’s Hotel. Lewie Steinberg and I were great friends and we used to do small gigs around town — he played trumpet back then. Later, he switched to bass. After I left Memphis, he joined up with Booker T and the MGs. Last March I invited Booker T to join me for a special concert on my 80th birthday. We had never played together before… it was a magnificent evening. 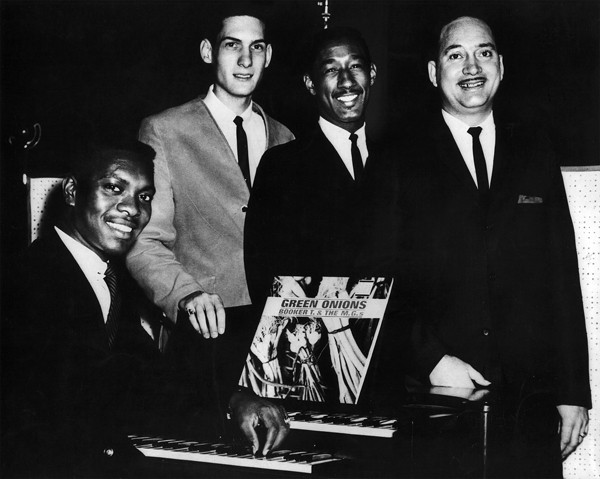 When I was 12, I started gigging with Bobby Blue Bland and Roscoe Gordon. That led to Johnnie Ace, Junior Parker, Howlin’ Wolf, BB King, Roosevelt Sykes, Rufus Thomas, and Big Mama Thornton. I got to play in Willie Mitchel’s band across the river in West Memphis at Danny’s Club. Al Jackson, Sr. had a great big band with Hank O’Day playing lead alto.

I met Al Vescovo, a great pedal steel player in West Memphis. We became friends and jammed together. We both loved music, but we couldn't play together professionally during those days because of the racist setup. When Bill Frisell and I started playing together, I mentioned that I missed the sound of the pedal steel. He suggested we invite Greg Leisz to sit in during a concert at UCLA. Greg is an amazing musician and he is the “go to” guy for Eric Clapton, Paul McCartney, Jackson Brown, Emmy Lou Harris, Joni Mitchell – and so many. It’s an honor to have him with the Marvels. I’ve come full circle.


Growing up, Herman Green was a highly respected musician. We played together in Willie Mitchell's band for a time. He has had an important impact on many Memphis musicians. Willie was also an important mentor to me. I am proud of having grown up in Memphis and to be a part of its musical heritage.

What more recent Memphis players do you admire or find noteworthy?

There are still many great musicians coming out of Memphis. Mulgrew Miller and James Williams are no longer with us, but there’s Donald Brown and Kirk Whalum, who have forged their way in the world. A few years ago I gave a master class at the Stax Academy and heard some fine playing. Carl and Alan Maguire were at that class and recently sent me a copy of their new recording. They have a double dose of talent and it is encouraging to hear this.

There's a deep feeling for Latin/Brazilian idioms in much of your music. What first turned you on to Latin sounds? 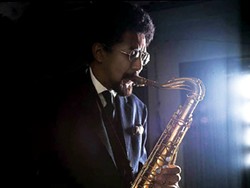 When I was at the University of Southern California, Billy Higgins and I used to play in the pit band at the Million Dollar Theater. We played behind all of the Latin bands coming through L.A. I loved hearing Lucho Gatica, the Frank Sinatra of Latin America. Billy would go rambling with those Latin beats, and the songs opened another world for me. After the gig, they would have a big comida for us. It was great! During this time I also discovered Ravi Shankar, Ali Akbar Khan, and the Ali Brothers.

You did a lot of work with the Beach Boys in the 1970s. Do you feel Brian Wilson gets his due recognition as a composer in the jazz world?

Brian Wilson is a great genius — I have recorded and performed several of his songs over the years. And he has performed on some of my recordings. As time goes on, more and more jazz musicians are recognizing his greatness and recording his songs.

Had you worked with Bill Frisell before the Marvels?

Bill and I used to run into each other at European festivals, and we had a mutual admiration for each other. In 2013, I invited him to do some dates with me. When we first got together, he told me that when he was in high school in Denver, he heard my quartet with Keith Jarrett and that the experience changed the way he looked at making music. Bill has a broad and far-reaching palette. We have a beautiful simpatico together; it's telepathic.

Is the tension between the arranged and the free a constant in your music?

This is a music of freedom and wonder. We challenge ourselves to go exploring. It's about transformation and elevation.