Thursday, November 14th, two weeks from now, will see the final voting for the 2019 Memphis city election. The remaining races to be decided, via runoff, are the Memphis City Council seats in District 1 (Frayser, Raleigh), where incumbent Sherman Greer hopes to do a turnaround on the tally of October 3rd, when challenger Rhonda Logan missed an outright majority win by a hair's-breadth, and in District 7, where Michalyn Easter-Thomas, runner-up to incumbent Berlin Boyd, is attempting to consolidate a potential anti-Boyd majority with the support of several other former candidates in that race.

Early voting for the runoff elections began on Friday, October 25th, and will end on Saturday, November 9th.

Ordinarily, challengers Logan and Easter-Thomas would seem to own the momentum, in light of the failure of Greer and Boyd to exploit the presumed natural advantage of their incumbency on the first go-around. But no one is making any firm and fast predictions. The notorious reality about runoffs — and one of the compelling arguments in favor of substituting Ranked Choice Voting as an alternative to dependence on them — is the precipitate fallout in general voter turnout that accompanies them.

Victory in a runoff often depends on which side is more successful in getting their people out to the polls. And one seasoned consultant, asked about prospects for the runoff election, conjectured that the total vote in each of the runoff districts could easily run to no more than 1,600 voters each.

That fact co-exists with another reality, that the incumbents have a second chance to activate the donor sources that, as office-holders, they have presumably been able to develop a working relationship with. But the financial factor may not be weighted as much for the runoff cycle as it was for the general election.

In any case, all four candidates seem to be trying hard — each according to their fashion. 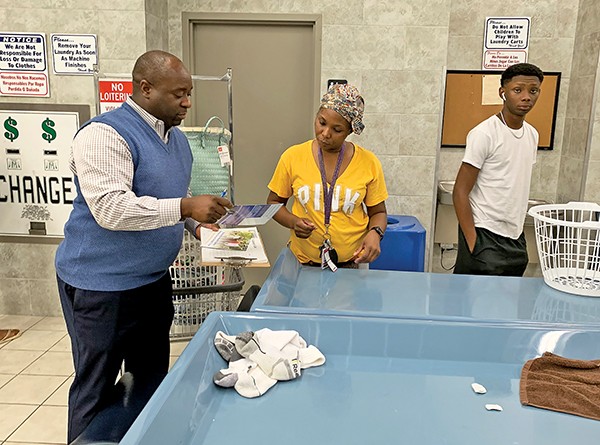 Logan is busy on social media and working with her political allies in the district. Greer is pressing the flesh in locations like the coin-op on Highway 64, in the Countrywood sector of his district. Boyd is being touted by at least one large billboard on a major thoroughfare. And Easter-Thomas is networking big-time with organization Democrats and fellow District 7 candidates from the first round.

Further points: Boyd's wheeler-dealer image is both a help and a hindrance. He may enjoy some credit for his efforts, say, in landing a dog park on Mud Island and arranging a FedEx presence in the vacated Gibson's building Downtown, but he incurred conflict-of-interest allegations for his previously undisclosed contractual relationship with FedEx.

Easter-Thomas' opportunity is the high-water mark for the 2019 version of the People's Convention, and it was buttressed by her well-attended support rally last week from former District 7 candidates, political veterans (like the Rev. Bill Adkins), activists (e.g., AFL-CIO representative Jeffrey Lichtenstein), along with a huge turnout from the media on a rainy day.

Though Greer finished well behind Logan in the regular general election, his previous service with Congressmen Harold Ford Jr. and Steve Cohen makes for both a helpful and a practical association, and he has crossover support from the likes of GOP icon John Ryder.