Clay Otis and Shadow Brother at the Hi-Tone

They've been busy at High/Low Recording.

"This year has been really neat," Clay Hardee, who uses the nom du mic Clay Otis, says. He and collaborator Toby Vest are gearing up to release a heap of music recorded at Vest's studio over the past year. Otis and Shadow Brother celebrate the release of their single "Adderall Girls" b/w "Lauren Bacall" on Friday, December 5th, at the Hi-Tone.

The new music represents another stylistic shift for Otis, one toward a more synth-driven sound.

"It was super fun to Kanye out and just be intense and get into it," Hardee says. "It was a really intense process in terms of how we worked on it." 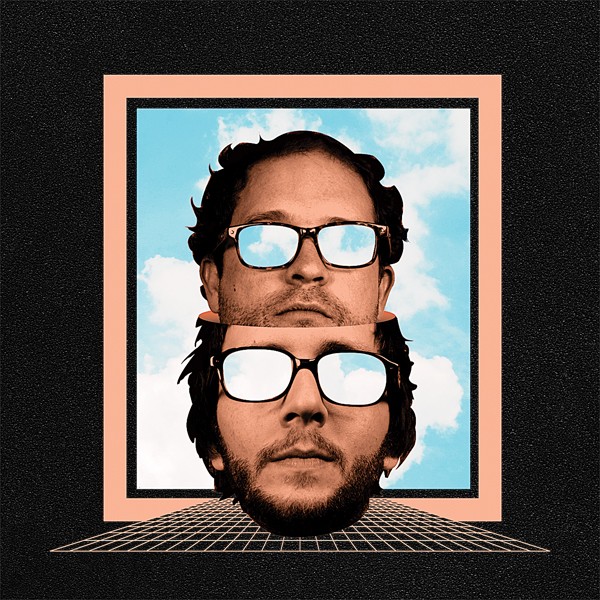 "That was the record with the Dream Sheiks," Hardee says. "We made that record in three days, and it was a real rock record. Then we finished that and Toby and I started this latest project."

Variety is a key component to their collaboration.

"I think [the new direction] is Clay's curiosity," Vest says. "If you look back at all the things he's done, they've all been different. A lot of it has to do with the people he has around him. That's one reason my brother and I always liked working with him. If he comes in and says, 'I want this to sound like Brian Eno meets Bobby Brown,' we're like, 'Okay, how do we do that? Let's try.'"

Vest is at work on his first solo record as Shadow Brother. He and his brother Jake have played in bands with Hardee and others, including Tiger High, Augustine, and Bullet Proof Vests.

"I had done all of the recording and played and sang," Vest says of the earlier work. "But mostly it was Jake and Brent Stabbs writing the songs with Clay."

Hardee is glad to hear more of Toby's creative input.

"I really like his aesthetic," Hardee says. "So I asked him if he wanted to work on some songs that were totally different from Citizen Clay. We cut about 15 songs. We've got these two singles ["Adderall Girls"/"Lauren Bacall"]. We've got another 10 that we'll release this spring on an album called Vagabond Hearts. Toby played 80 percent of the instruments, wrote the songs with me, produced it, and recorded it himself," Hardee says. "Musically, it's pretty well Toby. Then lyrically and atmospherically and the ideas, it's pretty well me."

Hardee, who day gigs as a wine broker, keeps his creative self moving.

"I just wrote some songs with Brad Postlethwaite of Snowglobe," Hardee says. "I'm singing with <mancontrol> in January. I'm thrilled about that. It's my favorite thing going on. They are super creative and their noggins are wild for as down-to-earth as they are in everyday life."

"I like the vibe of it," Hardee says. "I like to think that Pete's technical know-how and years of experience are matching up with Toby's kind of do-it-yourself ethos. Toby knows how to match bands in the modern music environment. He can match bands' budgets and bands' enthusiasm and go as fast as the band can go. But Pete has worked on Paul Simon records. So Pete's from the old school. A little more deliberate. He can make things sound perfect. I think he needed a little of Toby's kick in the butt to meet the new market. I think Toby needed a little bit of mentorship. As long as the place keeps the kick-your-shoes-off, feel-at-home creative vibe, then it can't be anything but awesome."

As for touring? Not so much.

"Being in a van with a bunch of dudes?" Vest asks. "I can make a better living here at home. It would be a definite strain on everybody to tour. But I don't think that's necessarily the point of it. The point is to make these cool things and let Clay do these live shows. We've never played a show with less than 100 people there. Clay is this charmer, this snake oil salesman who can just preach. That has a lot to do with people knowing Clay. He's an energetic and awesome performer and a guy nobody knew had musical aspirations until three or four years ago. To me, they are studio records. They are records that I dive into, and we do a release show or something. But really, the main part for me is the recordings. I really take pride in them and enjoy doing it."