The orders will increase militarization and detention on the Mexico border as well as scale up deportations and immigration enforcement across the United States. The president is expected to issue further orders that will suspend refugee resettlement and ban Muslim migration to the country.

The Tennessee Immigrant and Refugee Rights Coalition (TIRRC) fears this is the first of many steps the president will take "that will discriminate against people based on where they are from or how they worship," said Stephanie Teatro, the co-executive director of the coalition. Tennesseans must ban together, she said, and defend against "an attack on America's core values." 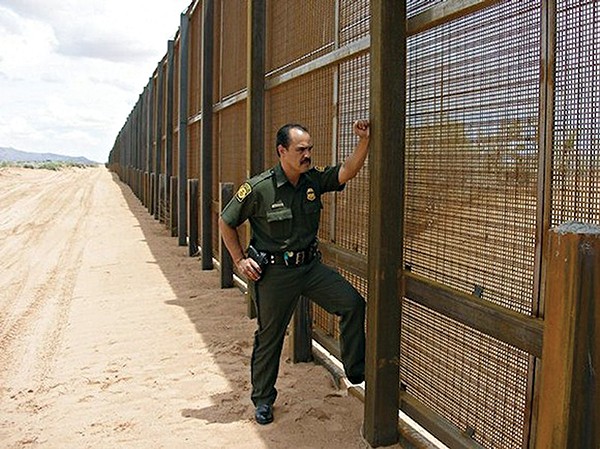 "After less than a week in office, the president has issued extreme orders that fundamentally challenge who we are as a nation," Teatro said. "Today's executive orders and those we are expecting ... to ban Muslim migration and suspend refugee resettlement amount to a closing of our doors, a denial of the founding principles of this country and the promises inscribed on our Statue of Liberty."

House Speaker Paul Ryan estimates Trump's border wall will cost at least $15 billion. White House Press Secretary Sean Spicer announced last week that President Trump would pay for the U.S. border wall with a 20 percent tax on imports from Mexico — a decision that would ultimately hike prices for the American consumer. A little more than an hour later, following criticism, Spicer retracted his statement, saying it was just one example of how to pay for the wall. After saying the country wouldn't fund the wall, Mexico's President Enrique Peña Nieto cancelled a meeting with the president scheduled this week.

"Since the election, we have been organizing immigrants, refugees, and their allies," Teatro said. "We cannot let the president jeopardize who we are as a country."

According to a circulating draft proposal, President Trump will crack down on those entering the United States. A soon-to-come executive order will temporarily bar entry for citizens of Syria, Iraq, Iran, Sudan, Libya, Somalia, and Yemen — all countries with a majority Muslim population. Trump's administration aims to cut the number of refugees resettled in the United States from 110,000 to 50,000.

The federal government will again begin working with state and local law enforcement to arrest, detain, and deport undocumented immigrants with criminal records. Trump's executive order also calls on the Department of Homeland Security to "make public a comprehensive list of criminal actions committed by aliens." Unauthorized immigrants make up nearly two percent of Tennessee's population, according to a 2012 report by the Pew Hispanic Center. Unauthorized immigrants paid $109 million in state and local taxes that same year.

"Logistically, humanely, or economically we cannot deport millions of people," said Mauricio Calvo, the executive director of Latino Memphis. "We do not have the resources, and it would devastate families, business, and communities."

Calvo said building a wall shifts the focus away from the true economic needs of the country, and halting the issue of new visas is a "nonsense measure" that won't address the country's needs in the long run.

"The president has talked about building infrastructure," Calvo said. "We deserve an immigration system that works. Yes, there are many people unemployed, but there are many job opportunities being unfilled. Let's find those employment gaps, find the opportunities, and build a work program that makes sense and benefits businesses, communities and strengthens our country's safety and economy."