Coheed and Cambria at Minglewood Hall

This Sunday night, progressive rockers Coheed and Cambria will return to Memphis for a performance at Minglewood Hall. After seven concept albums based on the "Armory Wars" — a lengthy science-fiction story written by singer and guitarist Claudio Sanchez — Coheed and Cambria released their first non-conceptual album to date, The Color Before the Sun in 2015. After a string of dates with Glassjaw, the band released a deluxe version of the album earlier this year. The new version of the band's eigth studio album — dubbed The Color Before the Sun: Deconstructed — is a 30-track experience that features the album's 10 original songs, plus acoustic demos and other demos that never saw the studio. 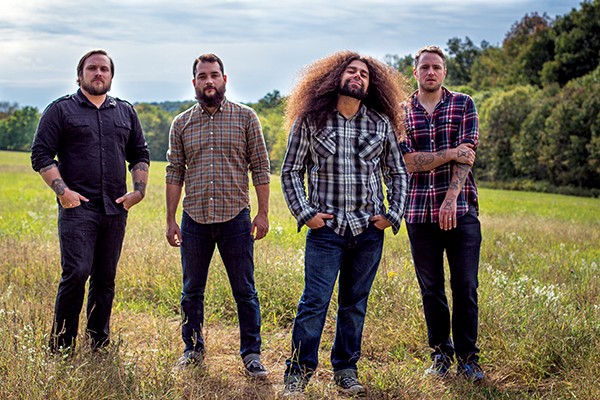 Formed over 15 years ago, Coheed and Cambria have long been one of the torchbearers of 2000's prog rock put through the "screamo" filter. Along with bands like Thursday and the Used, Coheed and Cambria crossed over into MTV territory early in their careers, highlighting a time when "screamo" and pop-punk took the alternative spotlight from the nu metal bands of the late '90s. That being said, Coheed and Cambria also toured with Linkin Park in the early 2000s, and their fan base has always straddled the line between mainstream rock and the pseudo-underground, as their last six albums have each cracked the Billboard top 10.

Also on tour with Coheed and Cambria are Saves the Day, the East Coast emo powerhouse that helped define the movement as a real (and profitable) genre in the late '90s and early '00s.