Come Go With Me: The Complete Staple Singers on Stax

They brought with them to Stax a proven track record — a decade's worth of albums elsewhere — not to mention the unique, soulful blend in the voices of Roebuck "Pops" Staples, daughters Cleotha and Mavis, and son Pervis (later replaced by his sister Yvonne). And their song catalog was already loaded with calls for political awareness, a benchmark of their popularity in both gospel and folk circles. They had only just covered Bob Dylan's "A Hard Rain's A-Gonna Fall" for Epic earlier in the year.

Thus, the evolution of the group's sound in the years after signing to Stax became both a measure and a maker of people's determination to act on King's vision of empowerment. As such, they're the perfect group to honor with a major archival release in the month that's designated to celebrate African-American history. 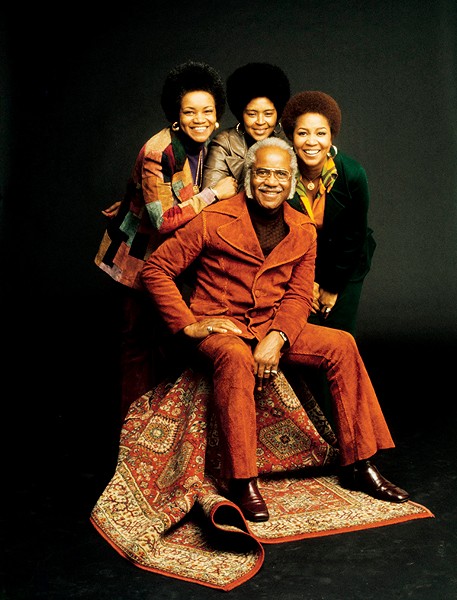 In recent years, Craft Recordings has issued a distinguished line of Stax rereleases. Some have been notable CD box sets, such as the Grammy-winning collection, Stax '68: A Memphis Story, focused on every single released in that pivotal year; others have been classic Stax LPs, painstakingly remastered and pressed locally to the highest standards in their Memphis Masters series. Now, with the release of Come Go With Me: The Stax Collection on February 21st, Craft offers something that's a bit of both: a deluxe LP box set, complete with an oversized, illustration-laden booklet, containing remastered versions of all six of the Staple Singers' studio albums on Stax, spanning 1968–1974, plus a seventh compiling their B-sides and performances from the epic Wattstax music festival and film. (The complete collection will also be released in hi-res 24-bit/192 kHz and 24-bit/96 kHz formats for the first time.)

It's an investment, to be sure, but also a priceless slice of cultural history. If one hallmark of 1970s popular music was bringing socially conscious lyrics to foundations more funky than folky, the Staples' trajectory surely mapped out that terrain for many more to follow. It's not as if they weren't funky from the get-go, but when they landed in Memphis, it was clearly unavoidable, once their more spare folk-gospel collided with the MGs.

With their first two albums on Stax, produced by Steve Cropper, there's plenty of funk, brought by a band that included Cropper, Al Jackson Jr., Duck Dunn, Marvell Thomas, and the Memphis Horns. But there are also folk touchstones. Both clearly signalled the group's allegiance to either the folk-rock scene, the San Francisco scene, or both, as did their first single for the label, an original: "Long Walk to D.C." 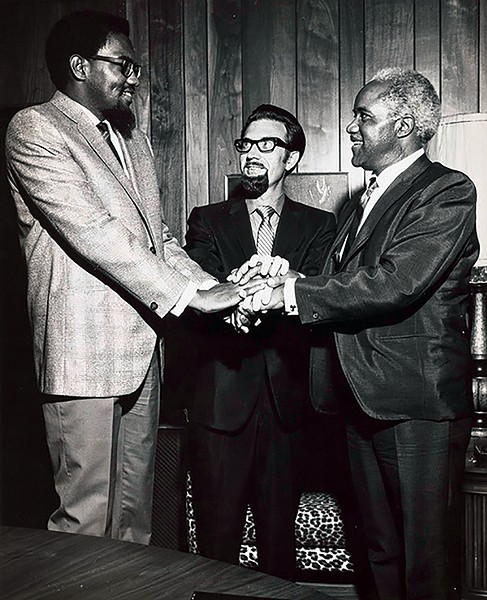 Yet from the first needle drop on the first track of the first album, "We've Got to Get Ourselves Together," the Staple Singers' magic seems in place: a call to action that could apply to either sexual politics or the peace movement, made urgent by Mavis' galvanizing voice and the buttery harmonies of a family surrounding her, and the band's groovy bass and drums, topped with chicken-scratch guitar, giving it all a mighty thump.

It was these elements that Stax president Al Bell seized on when he took over the production seat for their third and subsequent records. He upped the funk, replacing Cropper and company with the famed Swampers from Muscle Shoals. That led to the group's first success on Stax, "Heavy Makes You Happy (Sha-Na-Boom-Boom)," which in turn paved the way for classics such as "Respect Yourself," "I'll Take You There," and "If You're Ready (Come Go With Me)."

Once they'd hit their stride, they embodied an elusive combination of immense popular success (and danceability) blended with uncompromising ideals. It's an example from which those living in the 21st century could learn a thing or two.