A letter to Bristol Palin upon hearing the news of her pregnancy. 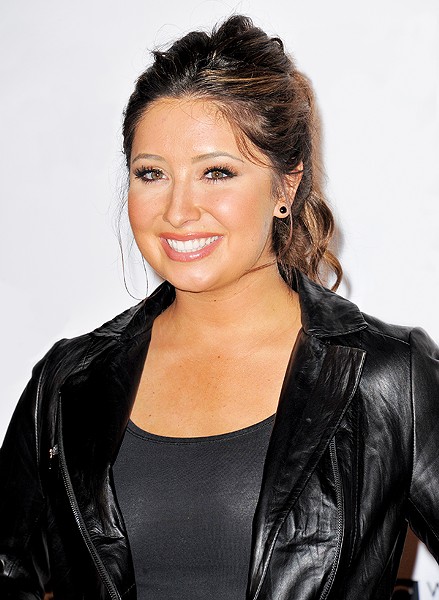 Congratulations! I read that you were expecting again! I'm not really sure why I know this, because it's 2015 and, no offense, I expected your family to have dropped off the face of the earth by now. I thought I wouldn't hear your name again after your mom didn't get to be vice president in 2008. But then came summer 2009, when Sarah Palin decided she just didn't feel like being governor of Alaska anymore. Can you believe that was six years ago? Wow.

But then came the reality shows, the books, the Fox News segments, and the will-she-won't-she in the months leading up to the 2012 presidential election. I can't give Sarah Palin credit for much, but she sure made the most of her 15 minutes of fame. I guess that makes your family the Kardashians of politics.

Speaking of your mom, I bet she's super-excited about the new addition! I'm sure she can't wait to be a grandma again, especially since she is pro-life and all. I'm so sorry to hear that you're no longer engaged to the father of your future child, but at least you'll have the loving, nonjudgmental support of your family. You may be on your own, but you're not alone. Believe me, that's more than a lot of women can say.

Wait, sorry, is everything okay? Your blog post says, "This has been a huge disappointment to my family." Ouch. That's unfortunate.

Bristol, I know you said you're not looking for any sympathy, but I thought I'd just let you know these things happen all the time. I bet at least half the people you know are on this earth as a result of an accident, or, as we call them here in the South, "blessings." Sometimes "surprises" or "miracles" — it really just depends on who it is, bless their hearts. Literally, every single day countless women become pregnant whether they plan to, want to, or even can afford to. Anyway, it won't be easy to proceed with this on your own, but take comfort in the fact that we live in a free country where, as women, the choice to proceed is ours to make.

Even though I don't know you, you're a public figure and I know all of your business, so here's some unsolicited advice. You don't have to apologize for getting pregnant out of wedlock. But you should probably — no, definitely — stop lecturing people about abstinence. The good news is, Bristol, I read somewhere the average American changes careers four times. And, you know, millennials just can't stay in the same place for very long. So you can find something else to do. It's hard enough to get through to young people. Giving them advice you obviously don't follow? Now, that's just buildin' a bridge to nowhere. I'm sure it will be tough to give up your $262,000 salary as an "abstinence ambassador," because that's more than an ambassador to an actual country makes.

I'm not exactly sure what being an abstinence ambassador entails. I assume it involves you talking to teens about how much your child changed your life. "Don't have sex or you'll end up like me," in other words. But how? With a cute, happy, healthy kid and a bunch of money you earned as an abstinence ambassador? That strategy sounds about as effective as abstinence-only education.

You love your child, so why would you talk about him like he's a punishment? How do you think that makes him feel? How do you think your second child will feel when he or she is old enough to read about you apologizing for bringing him or her into the world?

You're 24 and you've given in to the fact that you're a human and having sex is a fun thing humans like to do, whether they're married or not. Good for you. You're an adult woman, and it's okay to admit that. Better yet, own it. Turn your hypocrisy into an opportunity.

Abstinence didn't work for you, but you know what probably would have? Birth control. There are a ton of options, and your doctor will help you find one that's right for you. Some even have non-reproductive benefits and help with issues like migraines and acne. Methods like implants and IUDs last up to five years and are great for single mothers. Organizations like Planned Parenthood can point you in the right direction, just in case the whole abstinence thing falls through again. Give them a call sometime. Who knows, they might even need an ambassador.

Jen Clarke is an unapologetic Memphian, and a digital marketing strategist.