Kelsey, Haslam, Fincher had their innings this week.

State senator Brian Kelsey (R-Germantown) got some notoriety late in the recently concluded 2013 legislative session when Lieutenant Governor/Senate speaker Ron Ramsey (R-Blountville), who has been in sympathy with many of Kelsey's conservative aims, publicly blamed him for scuttling a looming bargain on a state school-voucher program.

Governor Bill Haslam, desiring a more limited version than one being pushed by Kelsey and state senator Dolores Gresham (R-Somerville), had responded by yanking his own bill for a modest pilot program, effectively postponing the issue until next year.

But Kelsey had his successes, too, including the launching of a constitutional amendment banning a state income tax, and he got another one this week, courtesy of Haslam, who signed into law SB 1054.

In the language of a Kelsey press release, "The bill clarifies that cities may not assess property taxes until January 1st after an annexation has occurred. This legislation will ensure that the residents of South Cordova, who were annexed in July 2012, do not owe 2012 property taxes to the city of Memphis, as the city has claimed."

Addressing a meeting of the Dutch Treat Luncheon on Saturday at Pancho's on White Station, Kelsey conceded that the issue might still be litigated. 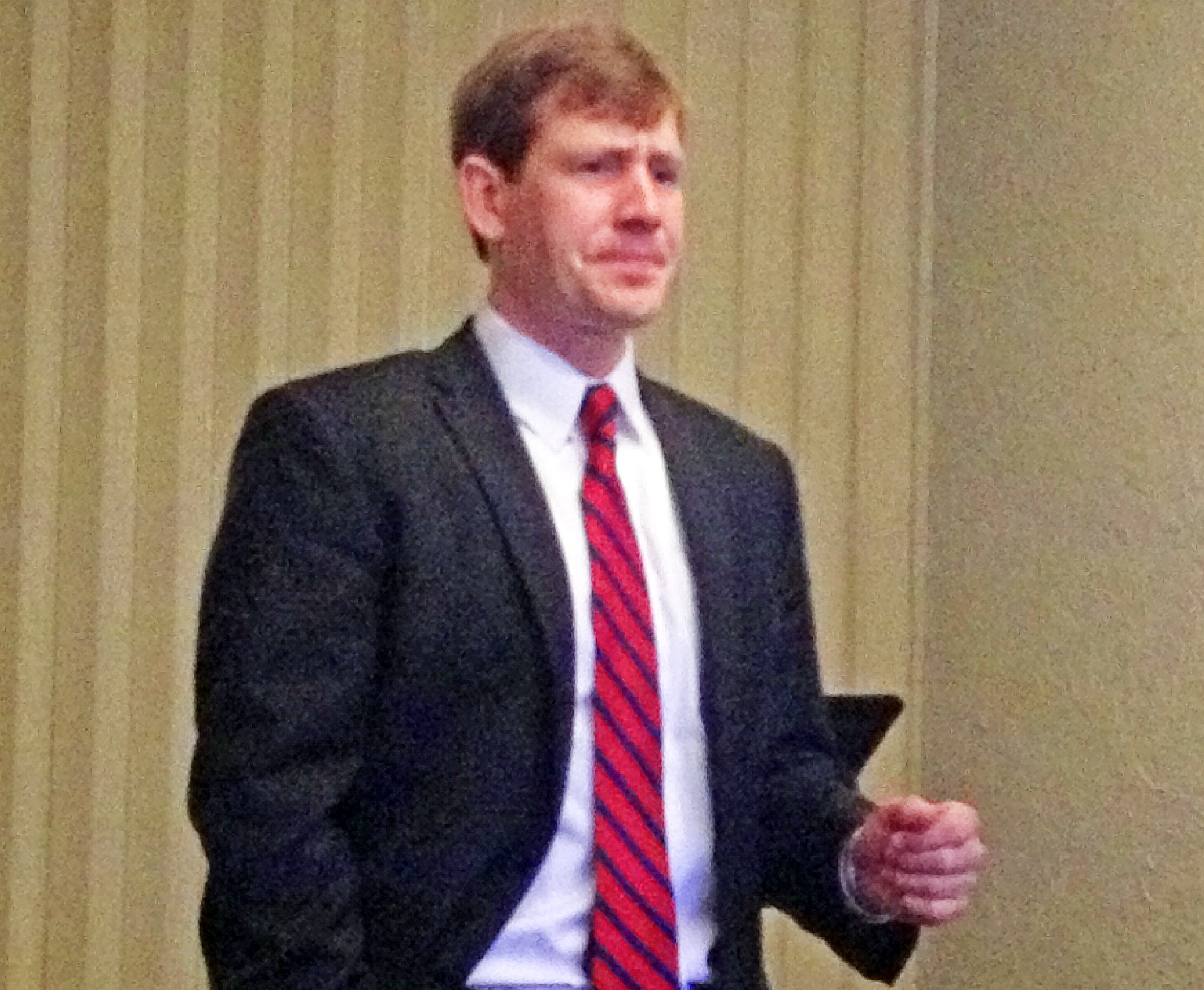 The senator's proposals and remarks — including criticism of Governor Haslam for not absolutely shutting the door on potential future Medicaid expansion — generally found favor with the conservative luncheon audience, but Kelsey, a lawyer, underwent some extended heckling from attendee Lee Cochran when he objected to proposals for local nullification of federal gun statutes as unconstitutional.

Ironically, another of Kelsey's legislative successes had been the passage of a Senate resolution resisting any potential federal curtailing of Second Amendment rights but through court action.

• Addressing this year's Lincoln Day dinner of the Shelby County Republican Party, Saturday night, Haslam celebrated GOP electoral successes in Tennessee but warned that the "national situation" was different. "At the end of the day we have to get better at winning elections," Haslam said, noting the GOP's failure in the two most recent presidential elections. He contrasted 2012 party nominee Mitt Romney's 16-point victory in Tennessee with Romney's six-point loss nationwide. The governor compared the voting in Tennessee to that in North Carolina, "a little bit bluer than we are" but a state roughly comparable to Tennessee in its demographics. Romney's winning margin in North Carolina was only two or three percentage points, Haslam said. "What's the difference?" he asked and answered his own question: The Democrats in North Carolina "went out and engaged," unlike what was the case in Tennessee.

In the Tar Heel State, "they advertised, we advertised, they organized, we organized," whereas, in Tennessee, "the Obama campaign wrote it off early. We didn't see all those advertisements. ... When both parties engage, you see a difference."

The other featured speaker at Lincoln Day, held at the University of Memphis Holiday Inn, was 8th District U.S. representative Stephen Fincher.

Citing an anonymous Democrat's comparison of legislation for social programs to the ministry of Jesus, Fincher said, "Man, I really got bent out of shape," contending that the Bible says that "the poor will always be with us," and it also says "if you don't work, you don't eat." He said that Christians needed to take care of each other, but it was wrong for Washington to "steal" from some in the country "and give it to others in the country."

Coincidentally, Fincher was singled out this week by the liberal blog Daily Kos for a general savaging on account of similar remarks made on the floor of Congress in opposition to government food-stamp programs.

Under the head "Meet the Republican who is demanding that the government let poor people starve," writer Justin Doolittle had this to say:

"Fincher himself is a poster boy for government dependency. It's not just that he's benefited here and there from some government help. That sort of low-level hypocrisy is almost to be expected from these types. But Fincher has received millions — $3.2 million as of June 2010 — in federal crop subsidies.

"Fincher's brother and father also snatched another $6.7 million in subsidies as Stephen Fincher geared up to run for Congress on a platform of eliminating 'wasteful government spending.' The 'wasteful spending' that he had in mind, of course, was that which serves policy aims with which he disagrees, such as keeping poor people alive."