Conspiracy Brews: What Goes With Nuts on the Beach?

Honestly, I wished I had brought that bottle of mind-erasing Pusser's Rum from the other week's column to the secret island compound where I am now.

While sitting on the beach, attempting to not string two consecutive thoughts together, I was vexed by a local lady holding court on the sand about how the COVID was a hoax. Well, there is some of that going around, but I was laid out on a half-empty beach a whole lot more than six feet away from anyone, save Mrs. M.

Off the cuff, I didn't trust her — it was the color of her skin. No, not that! Like me, this woman was born white as an Irish potato, but she had spent way too much time in the sun in a body that was, quite frankly, not designed for it. She looked like a leather recliner. 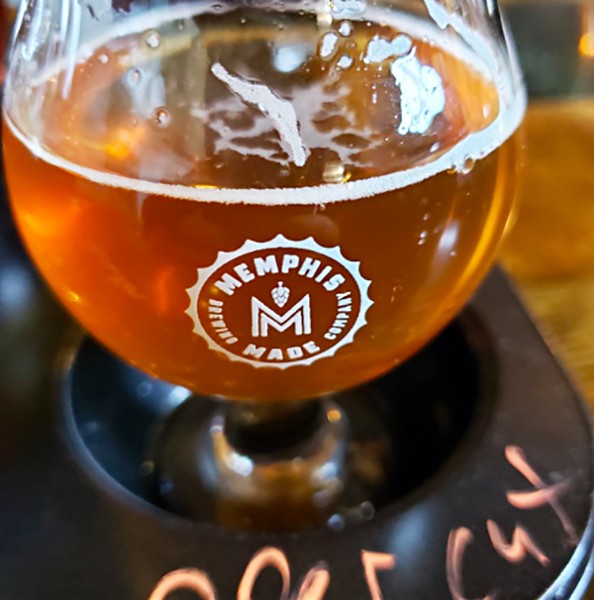 As she was saying, the government needed all those ventilators for the underground child sex-trafficking ring it maintained, see? In this grim world, "underground" was meant literally, and the pediatric sex slaves lived so deep underground that they couldn't breathe regular air. Hence the government's need for ventilators. Understand?

Which, believe it or not, brings us to the problem with those light beach beers: They simply aren't high enough in alcohol to deal with any level of crazy. Not in the proper style, at any rate.

Fortunately, Florida has upped the ante from 3 percent beer — which was great for making pyramids out of the empties but not much else — to that tower of inebriation, 4.5 percent. That may not seem like much, but when some deranged Minnie Mouse of a woman careens from government-run pedo-cave-brothels to the obvious conclusion that any COVID vaccine is, actually, just a human-tracking device, every little bit of bracer helps.

The reason for the social distancing, by the by, is that the signals from said tracking vaccine (which hasn't been invented yet — true — but let's not get bogged down with details) get all wonky if we're closer than six feet. Understand?

Well, ma'am, it is a nice theory, but why would the government go through the time and trouble to inject tracking devices into a citizenry that won't even go to the bathroom without their GPS-enabled smartphone? Even for a top-secret, evil government scheme, the whole thing just seems, well, redundant. Staring off into the surf as this played out, I vividly remember hoping that the science and athletic departments at Ole Miss had teamed up to bioengineer an honest-to-God, actual landshark that just might emerge from the ocean to devour at least one of us.

The truth is that you can drink all the 4.5 percent Red Stripe that Jamaica can produce (and at one point in my life I was really trying) and that's still a pretty heavy theory to lay on a man recovering from setting a land-speed record for book writing.

The local Piggly Wiggly had stacks of Apalachicola's local Oyster City craft beer that weighs in at regular craft beer ABVs. Their IPA is outstanding, but to get a six-pack would have required standing up. What I really needed was Memphis Made's Uppercut Double IPA — weighing in at a solid 8.5 percent. That, I thought, just might be the thing to brace the medulla in the alcoholic half-grin needed to deal with the nasty vibrations this woman was putting out. It's bitter as hell, but is nicely leveled off with some lovely citrus notes. It's pretty good.

As my spine had largely turned to jelly for the duration, I wasn't getting to the St. George Island Piggly Wiggly, much less making the nine-hour drive back to Memphis. I'm a clever boy, so in the end I just trudged up to the house and settled on a bottle of Mount Gay Rum and a bendy straw.