I'm going to give you a look into my world, or at least a tiny, troubling slice of it: the weekly emails I get from, well, MAGAs, the angry white males who walk among us like zombies — and write me really dumb letters. 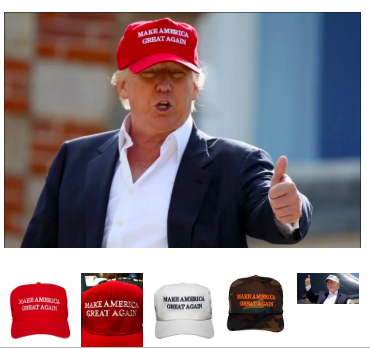 I try to avoid opining about this president too much, but I succumb to temptation every month or so, mainly because I believe that those of us with a public platform have to speak out against the daily assault on basic decency and our core democratic values by the charlatan in the White House. I won't be a "good German."

Last week, I wrote about how Trump has built walls between us. It didn't seem like a particularly controversial take to me. Even his supporters should realize that it's the main arrow in his quiver: Find a division between groups of people and exploit it to make them angry at each other. Trump is, as Jeb Bush predicted he would be, a "chaos president."

I got several nice emails from readers, lots of reposts on Facebook, Twitter, etc. — and I appreciate that. But, as always, I got some hate mail, too. I'm reprinting one here (sans typos and misspellings), along with my responses, just so you can see the kind of mind-set we're dealing with:

What's the matter, Brucey? Trump's winning and successes getting to you? I read your little left-wing hissy fit about Trump and the wall. Hasn't built it? That's because the Dems are blocking it at every turn. ... But you know that.
Oh, my bad, Biff. (You sound like a Biff, and since you didn't sign your email, that's what I'll call you.) I thought Mexico was going to pay for the wall. So why are we taking $2.5 billion allocated for our troops out of the defense budget?

Children mistreated or in cages? Started with Obama putting millions of children in cages and deporting millions more. Why weren't you bitching about that?
Obama did not put millions of children in cages. You're either spouting some Fox News crap, or you're just making something up (or, conceivably, both). Obama deported around 2.4 million people in eight years, about half of whom had criminal records. Why weren't you applauding that?

You also know that the Dems have left working-class Americans for the coastal and Hollywood elites. And the party of crime needs those illegal immigrants' illegal votes to stay relevantly in power.
Where to start, Biff? I don't know if you noticed, but the president is a coastal elite and a former Hollywood TV show star. There is zero credible research that supports the claim that illegal immigrants have voted in any number, anywhere in the U.S. And speaking of illegal votes, have you talked to Vlad lately about his plans for 2020?

But isn't it wonderful how Trump's economy is making Memphis Great Again? Billion$ being spent on our Downtown and bringing it back to life. Black American and Latino employment is at record highs. Food stamp usage is down because jobs are finally plentiful. (Democrat Strickland will claim credit for the booming Memphis economy, but we know better, don't we, Brucey?)
Trump's economy is piggy-backing off of eight solid years of sustained growth under President Obama. Food stamp usage has been dropping steadily since 2013. The president's economic "plan" is a house of cards, built on impulsive and ill-considered tariffs, a $30 billion government payoff to farmers, and tax cuts for corporations and the rich. Ask farmers how that's working out for them. The deficit is now at an all-time high. Keep an eye on your 401k, Biffy.

And of course you used the worn-out Dem diversity word. How many black employees are at the Flyer? What part of town do you live in, an all-white area?
Diversity is one of this country's strengths. We have several POC and members of other minority groups on our staff and several others freelancing for us, and we are always striving to do better. I live in Midtown and have black, Asian, and Hispanic neighbors on my block. So what?

Do you really want us to vote for a party that favors socialism? Really, Brucey?
You mean like Social Security and Medicare? Yeah, I'm for that — and for the goal of getting every American access to affordable health care. "Socialism" is this year's GOP scare word, kind of like "CARAVANS!" Nice try, though.