Dethroning the King of Pop

So what am I supposed to do with my Michael Jackson albums now? In 20 years they'll be collectors' items, but presently, I'm unable to listen to them in the same way as before the HBO documentary Leaving Neverland aired.

How can you compartmentalize the artist's work from the artist? For Jackson fans, the documentary was devastating evidence that Jackson preyed on boys as young as seven and seduced their families as well. Two victims of Jackson's alleged predations, now grown men, have come forward to testify in graphic detail about the abuse they suffered at the hands of the "King of Pop." Jackson himself admitted in a previous documentary that he shared his bed with young boys, but claimed it was in a non-sexual manner. In that film, Jackson claimed that it was all milk and cookies and video games, and that he felt most comfortable in the company of children because of their innocence, and that it was an effort to reclaim the childhood that he never had. We always knew that he was weird, but his explanation seemed plausible to Jackson's fans who wanted to believe it, including me. 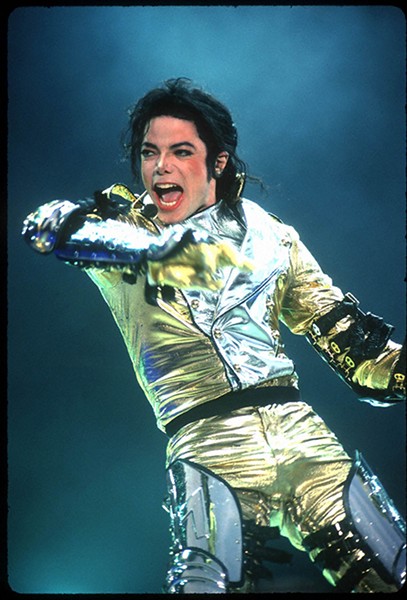 I'll admit to being an unabashed fan of MJ, from the time he first appeared as the child prodigy lead singer of the Jackson 5, until his death. The first CD I ever bought was Off the Wall. I delighted in his first solo effort as a mature artist and even attended the Jackson 5's "Triumph" tour at the Mid-South Coliseum in 1981.

When Jackson died in 2009, I wrote for this publication, "I truly believe that Jackson was an emotional man-child attempting to surround himself with the only group of people he felt he could completely trust: children. Even his trust in children was betrayed when the boy he tried to help with medical expenses and emotional support filed criminal molestation charges against him. After the young man and his mother were proven to be grifters and Jackson was acquitted of all charges, Michael was forever burdened with suspicions of pedophilia."

Boy, was I ever wrong. Maybe the $24-million settlement to the family should have been a clue, but I chose to believe his earnest denials of impropriety because I thought Michael was a unique person whose sole purpose was to bring joy to his fans. He sure fooled me. As a result of the heartbreaking HBO documentary, I'll never listen to "Don't Stop 'Til You Get Enough" or "Smooth Criminal" without thinking of his abhorrent sleepovers.

Leaving Neverland came on the heels of the six-part Lifetime series Surviving R. Kelly, in which underage girls as young as 14 told harrowing stories of being abused and held captive by the 52-year-old superstar. In 2008, Kelly was acquitted of 14 counts of child pornography in a Chicago courtroom, but rumors continued to swirl about his penchant for mistreating young girls and creating a "sex cult." His marriage to his 15-year-old protege, Aaliyah, in 1994, sealed the deal on his alleged pedophilia. The Kelly-produced Aaliyah debut album Age Ain't Nothing But a Number should have been seen as an in-your-face confession. Kelly forbid questions about Aaliyah in his recent bizarre interview with Gayle King, in which he dissolved into a frightful hysterical denial of everything negative ever said about him. Does this mean I can't enjoy "I Believe I Can Fly" anymore? I guess so. But if that's the case, there are scores of other popular songs in question.

When Jerry Lee Lewis married his 13-year-old cousin, back in the 1950s, it nearly ruined his career. But, here on his home turf, it was just thought of as a "Southern thing." Chuck Berry was sent to prison for violating the Mann Act for transporting an underage girl across state lines for "immoral purposes." Charlie Chaplin and Frank Lloyd Wright, among others, were convicted of the same offense. Even Elvis was known for his unusual proclivity for watching teenage girls wrestle in their underwear. His future wife, Priscilla, was 14 when Elvis met her, yet he somehow persuaded her parents to allow their daughter to move into Graceland at the age of 17. Little Richard led a life of such debauchery it caused him to quit rock-and-roll and become a minister. Bing Crosby beat his children, but his Christmas album is still a best seller.

The list goes on. Rick James was accused of torturing two women. David Bowie was famous for his dalliances with underage groupies. Rod Stewart has eight children with five different women. The Rolling Stones' bassist Bill Wyman had sex with a 14-year-old girl whom he later married, when she was 18 and he was 52. Producer Phil Spector is currently in prison for murdering a female acquaintance. John Phillips of the Mamas and Papas had frequent sex with his own daughter, but you can't turn on an oldies station without hearing "Monday Monday," or "California Dreaming." Gary Glitter was arrested for sexual congress with a 13-year-old and was considered so degenerate he was kicked out of Vietnam, yet in nearly every sports arena you can still hear his song "Rock and Roll Part 2," with the signature "Hey" crowd response.

If the music "industry" — known for sex, drugs, and rock-and-roll — was purged of songs performed by sexual deviants, there'd be nothing left to listen to but Donnie and Marie Osmond — and I'm not even sure about them. Michael Jackson's songs are being eliminated from playlists all over the country. But as distasteful as it may now seem, I believe people will be grooving to "Bad" again in the not-too-distant future.