Disconnected: Don’t Make Me Pull This TV Over

It's hard to pin down exactly when it happened, but at some point my wife and I stopped doing whatever new thing everybody else is doing. We're in our late fifties — our very late fifties — and maybe there just came a point where we no longer had the energy to learn how to operate new gizmos. We are, after all, in the generation that still uses words like "gizmo."

It could have been Facebook, at least for me. When Facebook initially showed up, I did participate. Well, about as passively as I could. What I did was accept every single friend request I got. It was fun to see how many people were interested in being my friend. Then I realized that they didn't want friends, they wanted an audience. People I deliberately didn't stay in touch with from school suddenly wanted to include me in their lives. If I had at any point been interested in what Kip Miller is up to, I would've picked up the phone and asked him. If I had the tiniest bit of interest in my long-lost acquaintances' grandchildren ... You know, I'm not even going to finish that sentence. There was never, ever going to be a point where I was interested in anyone's grandchildren. 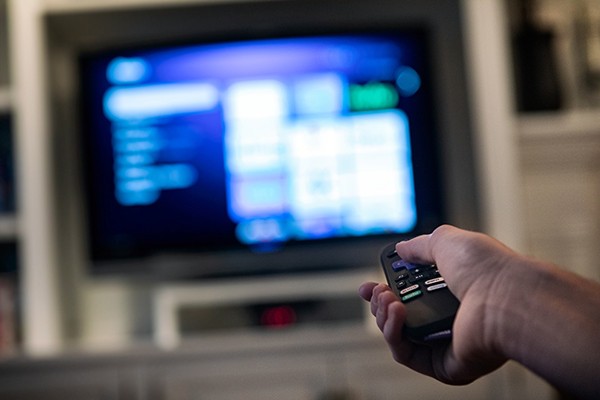 Now I look at Facebook about once a year to see which of my so-called friends could muster up enough enthusiasm about our relationship to bother clicking on the notification that it's my birthday and go to the smallest amount of effort to write two words. As for other people's political opinions, it would be almost impossible to calculate how little I want to read those. If you don't agree with me on the issues of the day, you're an idiot and I refuse to devote one second of my remaining time on Earth getting worked up about how stupid you are.

We have never streamed. When the topic of conversation winds its way to the latest installment of a show on Netflix, we're those people — you know, the codgers who can't figure out where exactly on our television is the access point to streaming services. It could be that our television is older than my friends' grandchildren I don't care about. Many of our younger friends have proudly announced that they have cut the cord and dropped cable in favor of this or that streaming service, or they've gotten some kind of stick that you plug into your TV. A few months ago I did force myself to spend three minutes looking at our TV to see if I could find the place where a stick would be plugged in, but I got nowhere, other than realizing how badly our entertainment center needed to be dusted. To a guy my age, there is great comfort in flipping around cable, something that streaming services don't seem to provide. At this point, I'm so calcified in my habits I would rather settle on a rerun of a police procedural I've seen seven times than jump through whatever hoops are involved in being able to watch a brand-spanking-new episode of The Mandalorian, whatever that is.

While I have a smartphone, it is, if anything, even more obsolete than our TV. Yes, I have all the apps, at least the ones that came with the phone, but it seems that the social media apps are even more ego-driven than Facebook. Why on Earth would I post pictures of my life online for people to judge? It's been about a year since people stopped contradicting me when I say I'm losing my hair. The last thing in the world I want to do is document the process for the whole world to see.

Some people may say that I'm being cynical in assuming that people out there would be judging me, but I know the few times I've looked at Snapchat all I've done is judge people. To be honest, that part was kind of fun. For some reason, a lot of people I know don't seem to have noticed that they've put on a lot of weight since high school.

Maybe it's a lack of energy, or maybe it's just a defense mechanism triggered by age. Accepting new things is a young person's game. Which is exactly why I have to get one of my friends' stupid grandkids to come by my house and remind me of how to operate my DVD player. Of course, they've probably never even seen a DVD player.