Ten aspirants for the state House seat vacated by Mark Lovell turn up for a TNA forum.

The failure of the Shelby County Commission to appoint a successor to Mark Lovell, forced in February to resign his seat as state Representative in House District 95 amid allegations of sexual indiscretions, means no one will represent the district, based in Collierville, Germantown, and Eads, as the Tennessee General Assembly winds down its work this month. 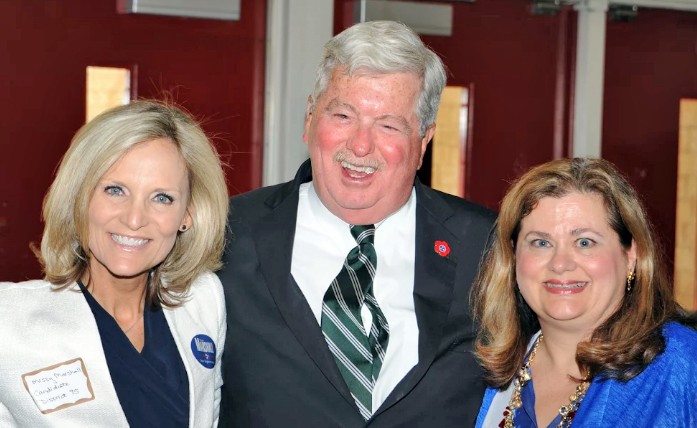 But all 10 of the candidates who qualified for a June 15th special election showed up to pitch their credentials for the 2017-18 legislative session at a Tuesday night forum at Collierville High School last week, sponsored by the Tennessee Nurses Association.

Three of them are sure to make it to the general election: trial lawyer Julie Byrd Ashworth, unopposed in the special Democratic primary of April 27th, as well as Robert Schutt and Jim Tomasik, both on the ballot as independents. Schutt, a recent Vanderbilt graduate, is a novice making his first race; Tomasik, a declared Libertarian, is a veteran of several runs for office and numerous activist causes, including the current de-annexation movement.

The bad news for those seven is that only one of them will survive as the winner of the special Republican primary, also held on April 27th; the good news is that, on the basis of the District's established GOP voting habits, the winner of that primary will no doubt be favored in the general election.

That well-known Republican tilt figured indirectly in a kerfuffle that resulted in the County Commission's recent defaulting on the opportunity to appoint an interim District 95 state Representative to serve out the current legislative session.

The commission had voted unanimously to oppose a school-vouchers bill by state Senator Brian Kelsey (R-Germantown) that is moving toward a late-session resolution, but members' initial intent to appoint an anti-voucher interim state Rep was shelved when Republican commissioners, with an assist from two GOP-leaning Democrats, balked at a campaign by east Shelby County Democrats to get one of their own appointed via the commission's formal 7-6 Democratic majority.

If the Kelsey bill, authorizing a "pilot program" of 5,000 private-school vouchers for selected students at low-performing public schools in the Shelby County Schools district, doesn't make it this year, it will almost certainly be back up next year. With the exception of voucher supporters Loynachan and Patton, the candidates at last week's forum either waffled on the issue or opposed it outright.

The same pattern asserted itself on the issue of a bill enabling urban de-annexations, which a state Senate committee had decided, that very day, to put off for a year. This time the confirmed adherents of the bill were Loynachan and Tomasik, with Ashworth leaning to Yes.

Loynachan and Tomasik were the definite No votes against revisiting some variant of Governor Bill Haslam's Insure Tennessee proposal for TennCare (Medicaid) expansion under the still-standing Affordable Care Act. Vaughan was dubious, characterizing Obamacare as "so last week." Patton, however, had a convincing reason to be on board: "My sister's a registered nurse, sitting in the second row, and she informs me I need to be pro."

A majority of the candidates also tended to favor some version of Haslam's "Improve Act" proposal for a $10 billion rehab of the state's infrastructure and roadways, financed by an increase in the gasoline tax while being offset to some degree by a series of tax reductions elsewhere. But Vaughan and Tomasik were concerned about the remaining tax burden, Ashworth saw "no compelling reason" for the gas tax, and lawyer Horner said she'd rather keep on paying her professional privilege tax, slated for relief, than "see the gas tax imposed on people who can't afford it."