The outcome of the 2016 presidential campaign was already regarded as nightmarish by various blocs of Americans — and not just those who call themselves Democrats. But the persistence of President-elect Donald Trump's bizarre affinity to and connection with Russia has become unnerving to increasing numbers of his constituents-to-be, including members of Trump's adopted Republican Party. 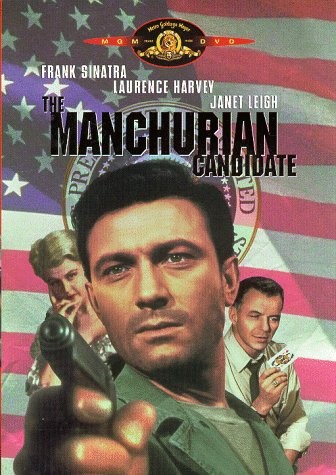 As evidence continues to emerge indicating that Trump's relationship with Russia, America's longstanding national adversary, might be something more ominous than an unseemly flirtation of the mutual-admiration sort with Russian strongman Vladimir Putin, the GOP's congressional leadership itself is being forced to take notice. That includes no less a figure than Senate Majority Leader Mitch McConnell, whose adamantine resistance to incontrovertible facts uncovered by the CIA prevented a pre-election joint congressional statement affirming Russian responsibility for acts of espionage and sabotage against Democrat Hillary Clinton's presidential campaign.

Yes, we said "espionage" and "sabotage." What other words are appropriate to describe the organized invasion of private email correspondence and the carefully directed leaks that clearly achieved the obvious goal of casting doubts on candidate Clinton's bona fides and crippling her prospects? If there was communication or, worse, complicity between some members of Trump's campaign entourage and the Russians, the question becomes whether treasonous activity took place.

Trump's behavior bears undeniable echoes to the general circumstances depicted in the classic novel/film The Manchurian Candidate, which concerns an unfriendly foreign power's Trojan-horse plot to implant its own man in the White House. Let us count the ways: Candidate Trump calls for a rethinking, perhaps even a scuttling, of NATO's traditional function as a multi-national security buffer; he lets no opportunity pass to make fawning public statements about Putin or to suggest that a profitable strategy for the future is to make common cause with the Russians. (That word "profitable" is on purpose, too — especially for someone like Trump who imagines all international questions to revolve around "deals.")

Trump not only went out of his way to douse suspicions that the Kremlin was the source of the unending Wikileaks revelations plaguing his opponent, he actually made (however facetious) a public plea that the Russians turn up missing emails from Clinton's private server!

Now, he stands victorious, happily making fox-in-the-henhouse appointments to head every important cabinet post — none more eyebrow-raising than Rex Tillerson as Secretary of State, an oil-and-gas tycoon whose background in foreign affairs consists mainly of his long-term friendship with Putin.

Already there were Republicans such as Senators John McCain and Lindsay Graham ready to pin down Trump for his breaches.  But for McConnell to come forward is revealing. Responding to Trump's continued denial of untoward conduct and his spiteful remarks about the nation's intelligence community, the majority leader said, "Any foreign breach of our cyber-security measures is disturbing, and I strongly condemn any such efforts. The Russians are not our friends. I have the highest confidence in the intelligence community," and, most significantly, that "this simply cannot be a partisan issue."

The smell of fish is in the air.