Divorce, American cheese, and boob-themed restaurants. Banks, brunch, cable television, the workplace, and the rules of written English. What do all these things have in common?

They killed them, and they're coming for you next. At least, that's the thesis behind scores of lazy articles that blame a generational cohort for the decline of traditional American institutions like mortgage debt and new car purchases. Millennials' bloodlust for destruction is surpassed only by their appetite for avocado toast. 2018 is not like 1988, and the only difference is millennials! That's it, and nothing else. 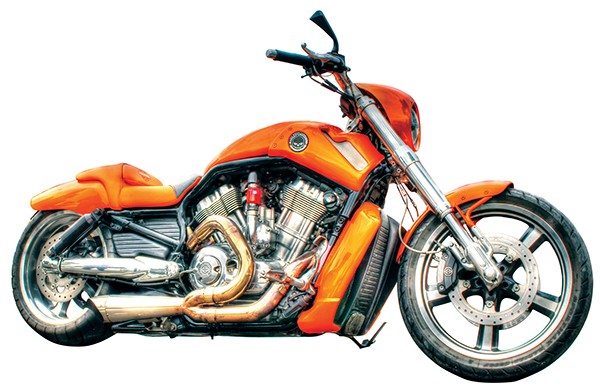 Capitalist failures fall at the feet of 22-to-37-year olds, who now comprise the second-largest generation and therefore, apparently, bear the largest share of responsibility for all cultural disruption and the fates of brands such as Applebee's and Harley-Davidson. And why not? They're so entitled, with their participation trophies, safe spaces, and other assorted tropes.

Except none of those things impact millennials' spending decisions. I can't wait to hear what Generation Z, which has already surpassed millennials in number, has in its crosshairs.

Millennials don't spend money on road hogs, first, because they can't afford them, but they're also not the target audience for a $25,000 motorcycle. And chain restaurants: Offering two four-course dinners for two for under $20 isn't a convincing pitch for the quality of your food.

Millennials aren't the only ones turning up their noses. We can cook our own frozen processed dinners, and we've been trying to tell y'all. Well-compensated CEOs would rather run bajillion-dollar brands into the ground than start producing products that don't suck, and it's a lot easier to blame consumers than face the real reasons people aren't giving them our money.

Last week, the Federal Reserve Board released a working paper, humorously titled "Are Millennials Different?" that sets the record straight. The short answer is no, not especially. All generations are different. It's kind of the point. The long answer is that any differences in millennial spending behaviors are attributable not to finicky desires, but to the economic disaster during which they entered the workforce. "Millennials are less well off than members of earlier generations when they were young, with lower earnings, fewer assets, and less wealth," the study concludes. And the Great Recession could have a permanent impact on them.

I'm no economist, but it sounds to me as if millennials are the victims here, not the villains. Full disclosure: I'm a millennial, and I'm tired of being framed. Pity validation has no cash value, but at least the truth is finally out there.

The full paper can be found at the Federal Reserve Board's website under "Economic Research," but here are a few bullet points. Good news: Millennials, on average, have lower debt balances than Generation X did at the same age. However, that's because it's a different kind of debt. Millennials have lower mortgage debt because fewer of them have mortgages, because one typically needs credit to procure a loan. Instead, they have more than twice as much student loan debt than their Gen X equivalents did 20 years ago.

On the bright side, millennials are better educated than previous generations ... because they came of age at a time when jobs were unattainable without a degree. Their education expenditures are higher, because college tuition costs rose at a higher rate than general inflation. Millennials hold more in their retirement savings than previous generations — but that's only because pensions are no longer offered. Oh snap, did millennials kill pensions, too? There's no mention of the percentage of millennials who actually have retirement savings, versus Generation Xers and boomers, by the way. But since millennials have significantly lower net worth than their forebears, one can make an educated guess.

There's no evidence that millennials' vehicle preferences are generation-specific tastes, and the study says older generations are responsible for recent shifts in car-buying demographics. Keep that in mind when millennials allegedly kill another vehicle model. (Bet it'll be minivans.) A lower share of millennial expenses is dedicated to garments and apparel. But not because they killed the mall! Clothing prices just haven't increased at the same rate as other goods, thanks to imports.

Next time you see a "Millennials killed (fill in the blank)" headline, swap "millennials" for greed, tariffs, technology, robots, or the passage of time. Any of those would be more accurate.

Jen Clarke is an upapologetic Memphian and a digital marketing specialist.