On Thursday, March 7th, Malco Theaters will open its newest movie palace. The Powerhouse Cinema Grill is located at the intersection of Front and G.E. Patterson. The seven-screen theater incorporates a 1914 building that once housed steam generators for the next door train station.

The brick building topped with a distinctive, towering smokestack, sat dormant for decades until it was repurposed as an art gallery by Delta Axis in 2003. When William Eggleston agreed to open the gallery, he shocked everyone by not mounting an exhibit of his groundbreaking color photography, but instead putting on an organ concert in the cavernous, echoing main room. This will not be the first time films have been exhibited in the Powerhouse. It was home to Indie Memphis' Microcinema programs until the gallery closed in 2009.

The Powerhouse Cinema Grill will be the first movie theater in the Downtown area since the Muvico Peabody Place 22 theater closed during the 2008 financial crisis. For most of the 20th century, Malco Theaters either had theaters and offices in Downtown Memphis, including the Orpheum Theatre on Beale Street. "We left Downtown Memphis over 40 years ago," says David Tashie, senior vice-president of operations. "Downtown is in the midst of a resurgence, and we wanted to be a part of it with a new concept restaurant and boutique theater. Being in a project with Henry Turley and the Wilson Family was appealing, along with the parking lot on the site. We are very excited to be bringing the Powerhouse Cinema Grill to the historic Downtown South Main District."

The three-year project coordinated with the Tennessee Historic Preservation Office and the Federal Transit Administration to retain and preserve the foundation and the exterior of the 1919 brick building on G.E. Patterson. Then a matching extension, stretching to Front Street, was added to house the screens. The opening of the Powerhouse comes at a strange time for the theatrical end of the movie business. To hear some in the industry tell it, it is the worst of times. The streaming model of internet video delivery, pioneered by Netflix, threatens the traditional distribution model, which starts with a six- to eight-week window of exclusivity in brick-and-morter theaters and ends with a home video release. The most recent manifestation of this kind of thinking is the controversy around Alfonso Cuarón's Roma. Produced independently in Mexico and acquired by Netflix, Roma was nominated for 10 Oscars and earned Cuarón Academy Awards for Best Director, Best Cinematography, and Best Foreign Language Film. But Netflix did the bare minimum to qualify for the annual awards: Roma ran theatrically for only three weeks in New York and Los Angeles, and even then didn't go through the existing distribution system. No lesser light than Steven Spielberg, who represents the directors on the Academy board, is leading an effort to get future Netflix releases classified as TV movies, and thus excluded from the Academy Awards.

But then there are the facts on the ground: Hollywood sold $11.8 billion worth of theater tickets domestically in 2018, and more than $41 billion worldwide — a new record, and, according to Variety, up over 7 percent from 2017. And fears of losing the youth to their smartphones likewise have not yet materialized. 64.4 percent of moviegoers were between the ages of 18 and 44. 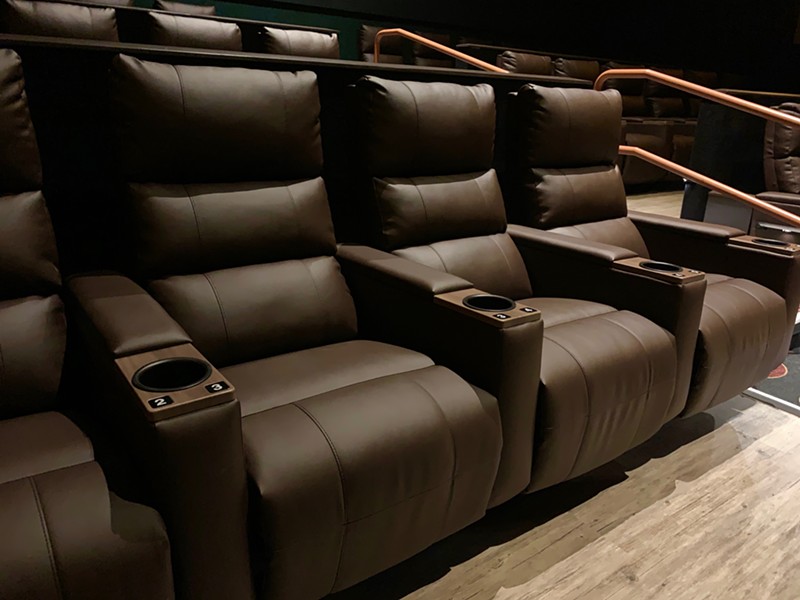 This is the situation that Malco, which owns 34 theaters with more than 300 screens across the Mid-South, is responding to with the Powerhouse. The theatrical exhibition business has been competing with television since the 1950s, and they are bringing the same weapons to the streaming fight that have worked for 70 years: bigger screens and better amenties. The cinema features seven screens, but this is no mall multiplex. The restored Powerhouse building houses a lobby restaurant with a wood-fired brick pizza oven, and you can get your food delivered to you in the theater. The theaters feature "luxury reclining seats" and, following the lead of the successful IMAX Paradiso launch, you can pick your seats when you buy the tickets. The first film confirmed for the new venue is Captain Marvel.

"Our family has been in this business for over 100 years, and we've always embraced any new idea that enhances the moviegoing experience for our patrons," Tashie says. "We believe the Powerhouse amenities will add to the already fun and exciting experience of going out to the movies.''