Dreams Can Come True: Your Guide to DreamFest 5

DreamFest started out as a one-night showcase of local talent, put together by Catherine Evans as a way to promote artistic unity among local bands and performers that she enjoyed. The point was to get as many different types of artists to perform in a collaborative environment, and each year the festival has grown. Now in its fifth year, DreamFest starts this Friday and runs throughout the weekend, with over 30 bands and solo artists scheduled to play at 1524 Events & Banquet Facility (on Madison), the Buckman Performing Arts Center, and Madison Dance Studio.

"What we aim to do with the weekend is emphasize community, diversity, and unity," Evans said.

"Aside from the obvious tie-ins to MLK weekend and Martin Luther King's dream, the 'Dream' in DreamFest also refers to the fact that we are all pursuing our dreams. And hopefully, DreamFest Weekend helps us all get that much closer to realizing them."

The fest breaks down into three parts: DreamFest: The Concert, on Friday, January 15th; DreamFest: An Artistik Celebration on Saturday, January 16th; and DreamFest: "Rella Remixed" on Sunday, January 17th. The fest ends with a special edition of the monthly event "Artistik Lounge." Here are the basics of what you need to know.

DreamFest kicks off at 1524 Events & Banquet Facility. Doors are at 7 p.m., and admission is $10. While this night is meant to serve as an introduction to some of the rising stars of the Memphis music scene, seasoned veterans like Chinese Connection Dub Embassy and Brennan Villines are also scheduled to perform. Chinese Connection Dub Embassy have been a go-to band for all kinds of local festivals, and their reggae versions of classic rock songs, along with their originals, have gained the band a loyal following.

Villines also performs around town quite often, and his latest album Free was recently released. Originally from Kentucky, Villines is a skilled piano player who has received a number of different accolades for his playing, including the Herbert Herman Award for excellence in music performance from the University of Memphis. Jay Da Skreet, Mika Genesis, Brecan Bland, Liv Green, Mac Daro, Kevin De Liban, Lady Stax, Da Ladie, Devin Crutcher, Hot House Gruv, SP, Life's Poet, U901, and Idaly Maceano will also perform. The night will be hosted by P.A. Bomani. 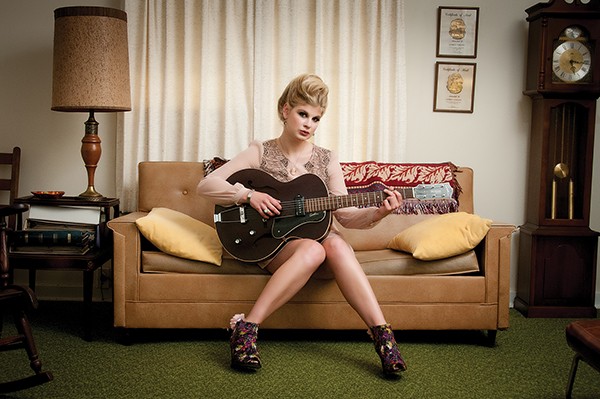 The second night of DreamFest is also at 1524 Madison and serves as a reunion for artists who played the Artistik Lounge last season. Doors open at 7 p.m., and the show is free (Donations are accepted). Highlights include Faith Evans Ruch and Tyke T, the local rapper who has seen his songs get TV placement on MTV and Vh1 over the last couple of years. His song "Stop Us Now" was recently featured on the VH1 show Black Ink Crew: Chicago. In an interview last year, Tyke T told the Flyer that he was working on a new EP called One Wednesday Night, so the chance of hearing him play new material on Saturday seems high.

Ruch also announced that new music is on its way, with "Thank You" and "Sugar" set to be released next month.

A family-friendly reinterpretation of Cinderella goes down at the Buckman Arts Center on Sunday at 2 p.m. The production will be scored by IMAKEMADBEATS, making for a hip-hop version of this classic fairy tale. Admission is $10.

The grand finale of DreamFest 5 features a special edition of "Artistik Lounge," which takes place the third Sunday of every month. The event will feature T.O. Crivens and multiple performers familiar to the "Artistik Lounge."