It takes a certain mindset to drive into New Orleans 48 hours before a hurricane is expected to make landfall. I left Memphis after work last Thursday, wavering a few times before gassing up and heading south. My destination was the 13th Ponderosa Stomp. South-bound traffic was nonexistent, and five hours later, I was parking my car on Carondelet Street, the lyrics to Louis Armstrong's "Do You Know What It Means to Miss New Orleans" ricocheting through my head. 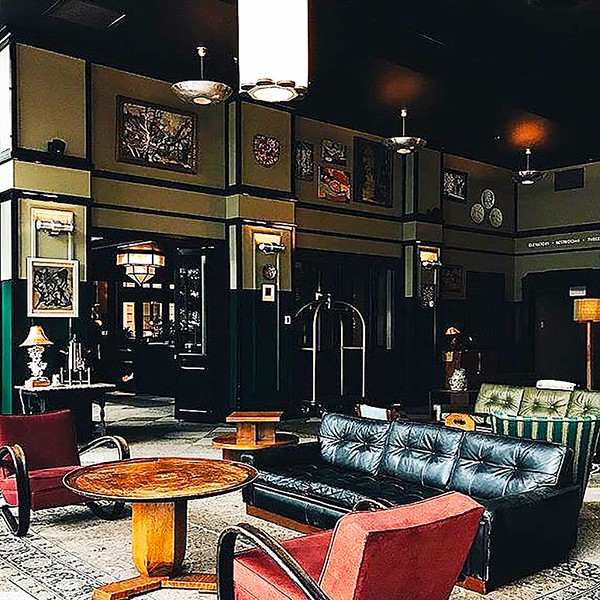 I settled into the Ace Hotel's Lobby Bar and ordered a Sazerac. I'm not normally a whisky drinker, but the complicated cocktail — allegedly America's first, created by Antoine Peychaud in a French Quarter watering hole in 1838 — seemed appropriate. Spicy yet slightly sweet, it was the perfect sipping drink.

I slept in on Friday and failed to make it to Frenchman Street to visit Old New Orleans Rum. The distillery, in business since 1995, produces the highest-rated rum on this continent. Their Cajun Spice Rum, which is steeped with cinnamon, nutmeg, allspice, cloves, ginger, vanilla, chicory, and cayenne, provides my favorite base for a Dark and Stormy. God only knows why it's not currently available on liquor store shelves in Memphis, but whenever I'm in New Orleans, I try to buy a few bottles to import into Tennessee.

I stayed at the Ace, where I was due to moderate a panel discussion with Carla and Vaneese Thomas on Friday afternoon. Beforehand, I guzzled a Tanqueray and tonic, served in a go-cup at Josephine Estelle, Andy Ticer and Michael Hudman's southernmost outpost.

That evening, I walked around the block for drinks and dinner at Herbsaint, Donald Link's restaurant, audaciously named for the anise-flavored liqueur, another New Orleans creation. I was meeting friends and I made sure to arrive early to enjoy a drink in the restaurant's small but elegant bar. Truth be told, due to the impending storm, the bar had more diners than drinkers, and within seconds of my arrival, I was sipping a cucumber-garnished Pimm's Cup.

Pimm's was an excellent choice — it paid homage to my dining companions, guitarist and roots music concert organizer Rupert Orton, author and music critic Andy Perry, and Harry Grafton, a bona fide English duke and Orton's partner in the annual Red Rooster Festival. All three hail from the United Kingdom, as does the original Pimm's Cup. Yet it was a bartender at the Napoleon House, a New Orleans establishment located approximately one mile north of Herbsaint, who popularized the drink in the American South.

Less than 10 hours later, I was headed back to Memphis. After dinner, I'd listened to — and danced to — one of the most eccentric musical line-ups ever assembled, including Roky Erickson, Archie Bell, Roy Head, the Gories, and Doug Kershaw. But the second night of the Stomp was cancelled, and Mayor Mitch Landrieu had ordered a mandatory curfew for his Crescent City citizens.

I was filled with regret as I drove, lamenting the dozen or more New Orleans watering holes I hadn't visited: The Parasol Bar, hidden in the Irish Channel. The dimly lit Chart Room, one of the dive-iest places in the French Quarter. The Marigny's Hi Ho Lounge, Kajun's Pub, and Siberia, which lie a few hundred feet apart. D.B.A., the Saint, and Lafitte's Blacksmith Shop. A trip to Martin Wine Cellar on Baronne, which has an excellent deli as well as a full-service liquor store.

Fortunately, for everyone who lives in New Orleans and the rest of us who have had the pleasure of drinking there, Hurricane Nate decided to spare the city that care forgot. The Carousel Bar still turns; Sazeracs and Pimm's Cups are still poured by bartenders who have seen — and heard — it all. I'll head back soon, because, as Louis so perfectly put it, "I'm wishin' I was there."