Several downtown spots will get new looks in the coming weeks and months.

Changes — big and small — are planned for downtown spaces in moves that follow the investment of hundreds of millions of dollars poured into the city's urban core and the national trend of urban revitalization.

These five changes were slated for a vote by the Downtown Memphis Commission's Design Review Board this week:

1. Central Station: With a price tag of about $55 million, the Central Station plan is no doubt one of the biggest development projects in the works for downtown.

The project will completely transform the corner of Main and G.E. Patterson. The train station is currently home to an Amtrak station, a Memphis Police Department substation, apartments, offices, the Memphis Railroad and Trolley Museum, and the Memphis Farmers Market. 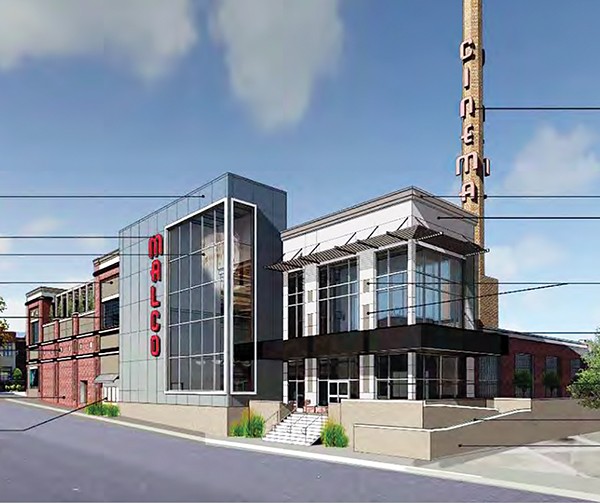 The Henry Turley Co., Community Capital, and their partners plan to overhaul the 100-year-old structure and its campus for a hotel, a six-screen Malco movie theater, a restaurant, seven new apartment buildings, a new space for the farmers market, public spaces, and more. Developers also plan to move the trolley stop that sits across G.E. Patterson from The Five Spot to a new site close to Main and St. Paul.

2. South Main ArtSpace: Artspace is known nationally for creating low-income housing for artists and hopes to do the same in Memphis in an abandoned warehouse on St. Paul.

The Minneapolis non-profit organization has built similar spaces in Pittsburgh, New Orleans, Reno, Houston, and more. Artspace chose Memphis for a site in 2011 and has been raising the $16 million for the project ever since.

With the money now in hand, officials believe they can start construction around the old United Warehouse building in April and finish the project around July 2017. Crews will renovate the warehouse building and construct a new four-story building next to it.

When it's done, the Lofts will feature 58 apartments, commercial space, community space, and a gallery.

3. Gould's Day Spa & Salon: The high-profile, long-vacant, southwest corner of Union and Main will be the new home of the downtown Gould's as it moves from its long-held space inside the Peabody Hotel.

The company will spruce up the exterior of the corner with an outdoor patio, new signs, and new windows. Inside, the new Gould's will have styling stations, a shampoo room, a barber area, and a foot massage station.

4. Facing History and Ourselves: The new office on Huling for the educational nonprofit organization will get a face-lift with some new signs and a big mural.

Since 1992, Facing History and Ourselves has helped students examine racism, prejudice, and anti-semitism for "a more humane and informed citizenry." It recently moved to a new office close to the National Civil Rights Museum.

The centerpiece of the renovation project will be 25-foot-long mural that will face Mulberry Street and feature diverse individuals engaging with one another in different settings.

The names would be lettered in block bands between the building's windows. The signs would be about three and a half feet high, stretch about 66 feet, and would glow at night.