Five Upcoming Concerts Worth Your Attention

The concert scene is heating up as the weather cools down. 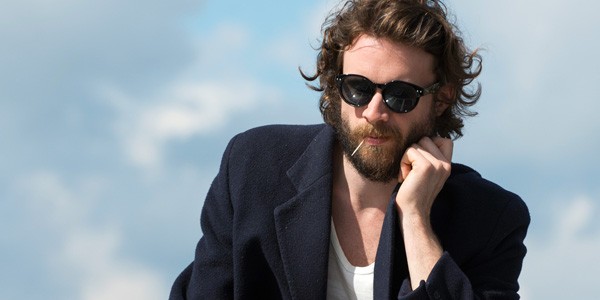 October is usually when things start slowing down for the Memphis music scene. The late-summer festivals have come and gone, the free concert series at the Levitt Shell is coming to an end, and the hectic music schedule of September is finally over with. Well guess what? Times they are a changin' around here, thanks to a reinvigorated New Daisy Theater, Minglewood Hall ramping up their action, and other local venues and promoters doing their part to supply me with ample events to cover. Now that it's not one million degrees outside, you're running out of excuses not to check out local and national acts rolling through town. Here are some events that should be on your radar over the next few days.

Meanwhile in Memphis: The Sound of A Revolution DVD Release at the 1884 Lounge, Friday, October 9th.
Meanwhile in Memphis is the music documentary by Robert Parker and Nan Hackman that first premiered at the Indie Memphis Film Fest in 2013. It's now available for purchase, and to celebrate, the Grifters, Paul Taylor, and Hope Clayburn will perform at 1884 Lounge. Meanwhile in Memphis covers the D.I.Y. music scene from the late '70s to the present day, and this is the first time the DVD will be available. The film will also include a second disc with 16 additional short films edited from leftover material, and if you can't wait for the release show, all 16 short films will be shown Thursday night at Studio on the Square. Friday's event is at 10 p.m. and admission is $5.

Father John Misty at Minglewood Hall, Friday, October 9th.
Dubbed a sex symbol by the music press titan known as Pitchfork, Father John Misty was most recently in the news for poking fun at Ryan Adams' Taylor Swift cover album (hey, somebody had to do it). Misty, (whose real name is Joshua Tillman) isn't just an internet troll, as he consistently releases new music in between touring and whatever else sex symbols do with their time. Misty has to be doing something right, as his latest song, "The Memo" has over 100,000 plays on SoundCloud, despite having only been available on the internet for about two weeks. "The Memo" is a glimpse into the mind of Misty, who isn't afraid to call it like it is with lyrics openly criticizing the status quo of popular music and highbrow art. He will be joined by indie rockers Tess & Dave. Doors are at 6 p.m., and admission is $20-$23.

Bristerfest at Overton Square, Saturday, October 10th.
Bristerfest is a one-day music festival put on by Jack Simon to benefit the local non-profit group GrowMemphis. The festival has had a few different locations since its inception, and has raised over $4,000 for GrowMemphis. This year, Chinese Connection Dub Embassy and Zigadoo Moneyclips are the main attractions, along with Suavo J. and 88 Bones, and a new-ish group called Memfizz. Bristerfest starts at 11 a.m. at the Tower Courtyard in Overton Square. Admission is free.

Chickasaw Mound at Bar DKDC, Saturday, October 10th.
I've been preaching the Chickasaw Mound gospel for a while now, and hopefully at some point during my high praise you've paid attention. The band plays late at DKDC on Saturday night, and as they proclaim to be "Flower Children of the Revelation," you should probably check out what Jesse Davis and company have in store. The show starts at 11 p.m., and the Mound are the only band on the bill, although there is a DJ. Admission is $5.

Cheater Slicks at Murphy's, Wednesday, October 14th.
Columbus, Ohio's Cheater Slicks return to Memphis this Wednesday, making for one of the biggest garage rock shows of the month. Formed in 1987, the band has been cranking out nasty garage punk for over 20 years and has heavily influenced noisemakers in Memphis. Wednesday's show should bring some older Memphis rockers out of the woodwork. Joining Cheater Slicks is Boston's Mr. Airplane Man, a female two-piece who are flying in specifically for the show. Mr. Airplane Man recorded a session with Bruce Watson (Fat Possum Records) in 1999, and the recording is currently online as the band waits for a physical copy to finally be released. Toy Trucks open the show at 9 p.m., and admission is $8.