For your gift list: Good Ham, Memphis Flavor, and Frost.

For your gift list: Good Ham, Memphis Flavor, and Frost.

"When you were a little girl, was it your dream to work with ham?"

Suzanne Bryan Sampietro of the Good Ham Company laughs and says no.

But, yes, meat is a family trade. Her grandfather founded a meat company, Bryan's Market, in 1936. That business was sold, and about three years ago, Sampietro and her father started the Good Ham Company, which sells five-pound smoked, boneless hams seasoned using an old family recipe. 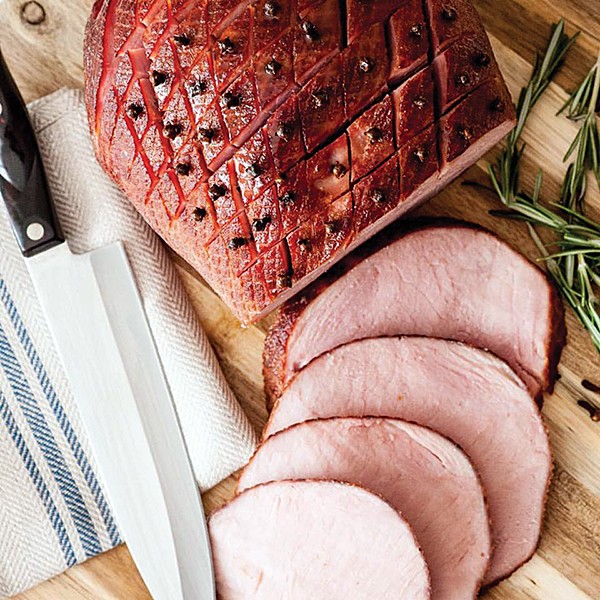 Hams were sold initially through word-of-mouth, then Good Ham got into a food show and then a catalogue. They were picked up by a distributor that got the ham into restaurants such as Aldo's Pizza Pies.

Good Hams ($35) are available online at goodhamcompany.com with free delivery in Memphis. The last day to order for the holidays is Friday, December 18th. The hams are sold at Buster's as well.

Sampietro says the hams are pretty much a no-brainer: They're precooked and have a long shelf life (five to seven days in the fridge; six to eight weeks in the freezer). Plus, she says, "Even people who don't like ham, love it."

JC Youngblood, manager of Central BBQ downtown, has what he calls a "cheat sheet." The list, filled with restaurants and must-see points of interest, is printed out whenever tourists ask him where they should go next. It's his way of spreading the love.

Memphis Flavor, an online store Youngblood founded with a silent partner, could be considered an extension of the list. The business sells barbecue sauces and spices, T-shirts, jewelry, jams, candy, cocktail mixers, books, and stickers — all sourced in the 901.

Memphis Flavors also offers gift baskets. The 3Peat ($29.95) is a trio of sauces, from the Rendezvous, Central BBQ, and Germantown Commissary. The Competition Set ($29.95) features barbecue sauces and spices from barbecue teams Killer Hogs and Victory Lane BBQ. Then there's the Memphis Flavor Holiday Sampler ($79.95) with sweets from Dinstuhl's, hot sauce from Crazy Good, a bag of Makeda's butter cookies, a jar of Flo's, and barbecue sauces and spices.

"I thought it was a lamebrain idea," says Youngblood, recalling when he first heard the pitch for Memphis Flavor. "But then we got to talking about it ... " Youngblood is the face of the business; his partner handles the logistics. Initially, the idea was to focus just on barbecue sauce and spices, but Youngblood thought they should broaden the scope. He is thinking of expanding further — offering vinyl records, perhaps, or maybe even starting a Birchbox-like monthly subscription service.

Need a gift for those faraway sweet tooths (sweet teeth?) on your list? Don't forget that goodies from Frost Bake Shop are now offered through Williams-Sonoma.

Pretty vanilla layer cakes, the Gooey Cookie Sampler, the decadent-looking salted caramel cheesecake (plus pumpkin, classic, chocolate, lemon, and turtle), a colorful birthday cake, strawberry cake, chocolate silk mousse pie, frozen cookie dough — all can be had from the site. Of course, you'll want to order a little something for yourself too.