Part One: Three old local bands worth tracking down

To drastically deviate from this column's normal approach, the bands below were randomly picked from a much larger (and still increasing) master list of defunct Memphis acts whose legacies deserve better digs in the historical narrative of local underground music history. Each band recorded, at the very least, a demo. Physical formats of officially released music, should they exist, are only obtainable in a used or new-old-stock capacity, and the music can be sampled on YouTube and Bandcamp. Our imaginary future compilation of rarities or series of reissue campaigns would start with the following: 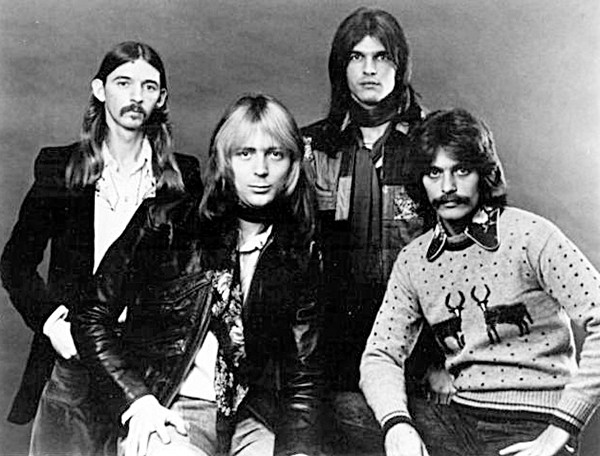 Ardent Records released the Hot Dogs' proper full-length, Say What You Mean, in 1973 and promoted it with four 45s released the same year as well as in 1974, with the final being a non-album double A-side of the Hot Dogs' version of Johnny Cash's "I Walk the Line." Say What You Mean is one of the early '70s' best meetings of Byrd-ish cosmic country-rock, the proto-power-pop associated not only with Ardent's best-known band but also Todd Rundgren's classic Something/Anything? double LP from 1972, the macro-hooks of Bob Welch-era Fleetwood Mac, and the elongated pastoral psych of Parachute-era Pretty Things. The Hot Dogs were core duo Greg Reding and Bill Rennie (also in Albert King's touring band and in a late-'70s Black Oak Arkansas lineup), who were joined in the studio by guitarists Jack Holder and Robert Johnson and drummer Fred Prouty. Also figuring prominently is Terry Manning, whose production made it one of the best examples of the Ardent "sound" (he also contributed a few songs to the final track listing). Perfectly clean copies of Say What You Mean are common and should set you back $5-$10.

Filling an approximate nine-month period of inactivity early in His Hero Is Gone's legendary 1995-2000 run, Reuben James (named after a song by Kenny Rogers and the First Edition) was Paul and Todd Burdette from that band, Billy Davis and William Harris (also formerly of Copout like Todd Burdette), drummer Brent Shrewsbury, and bassist Lee Lawrence. Compared to His Hero Is Gone, Reuben James was more melodic and boasted more breathing room in song structures, vaguely foreshadowing Davis and the Burdettes' post-Y2K powerhouse, Tragedy. Reuben James recorded 11 songs live to eight-track reel-to-reel in August of '96, but the master was later lost, leaving only the cassette mix heard on the band's Bandcamp page. Make sure to check out the Reuben James (misspelled as "Ruben James" and incorrectly dated at one year before the actual show) set on the YouTube channel of user "icewaterbob." Shrewsbury resurfaced behind the kit in Vegas Thunder before his current focus of working in film and video, while Lawrence plays bass in the excellent Arctic Flowers.

Active from 1997 to 2000, Staynless was four unfairly handsome and nicely attired gentlemen who created a near-perfect example of a distinct sub-strain of post-hardcore behind a deep familiarity with Slint, Rodan, and June of 44. An awesomely dynamic and confident live band, Staynless left behind three 7"s and one full-length album (released on CD only) that was appropriately engineered by Steve Albini. Guitarist/singer Chris Wark would go on to lead Arma Secreta, while other guitarist Tony Dixon and drummer Daniel Farris spent much of the last decade as half of the Coach and Four.