New bicycle ride was inspired by Slow Roll ride in Detroit and Chicago.

In Detroit, more than 1,500 cyclists turn up every week for Slow Roll, a group bicycle ride that explores neighborhoods throughout the city. The laidback ride became so popular that it eventually expanded to Chicago, and now a Slow Roll-inspired ride is coming to Memphis.

The Memphis Medical District Collaborative (MMDC) and the Downtown Memphis Commission (DMC) have partnered to launch Freewheel, a bi-weekly, free, slow ride through neighborhoods in their districts.

"Slow rides have become pretty popular in the past few years as really intentional, very slow, group rides, like eight miles per hour. They're used to connect neighborhoods and people," said Sara Studdard, project manager for Explore Bike Share at Doug Carpenter and Associates. "We're using that model to really highlight all of the great things happening downtown and to show how close downtown is to the Medical District."

Each ride will have a different theme. Some will be destination-based, which Studdard said might involve the group riding to a park for a picnic or to a bar for a few beers. Other rides will be exploration-based, meaning the ride will have a tour guide and can be a learning experience.

"For one, we'll ride to Victorian Village and get a historical tour and talk about what may happen in that area in the future," Studdard said.

The first ride will be a tour of the Medical District with a talk on the past, present, and future of that area led by MMDC President Tommy Pacello. It's scheduled for 6 p.m. on Wednesday, September 7th. 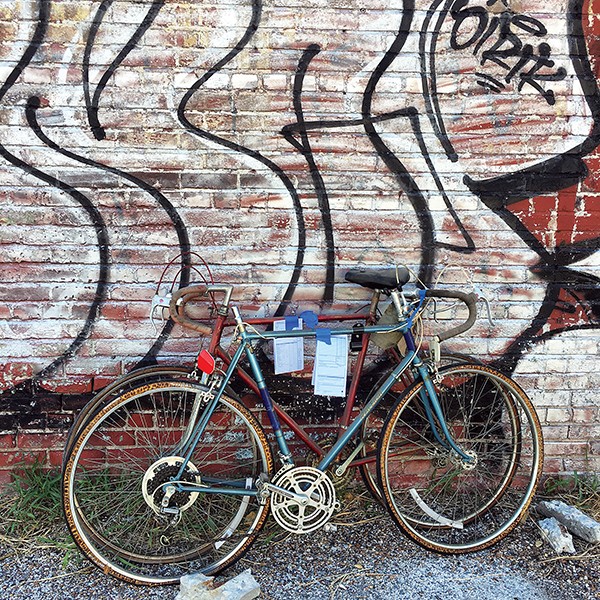 Future themes will include a music history ride, an exploration of downtown and the Pinch District (with a stop at Loflin Yard), and a tour focusing neighborhood connections with downtown and the Medical District. Ride dates are set for September 21st, October 5th and 19th, and November 2nd. A new Freewheel season will begin again in March of next year.

"Memphis has this really exciting and interesting bike culture," said Abby Miller, director of programs and data for the Medical District Collaborative. "We want to encourage more people to understand the great bike routes we have and how safe and exciting the area is. We're not just one neighborhood, but we're a collection of neighborhoods, like the Edge, Victorian Village, and Peabody/Vance."

Cyclists will meet at 600 Monroe in the Edge neighborhood, next door to High Cotton Brewing Co. Riders can bring their own bikes, but there will be 30 rehabbed, vintage bikes available for use on a first-come, first-served basis at no cost. The bikes were donated to the MMDC and salvaged and repaired by the Carpenter Street Bike Shop in Binghampton, which trains young people in marketable skills.

"If you work downtown and don't want to schlup your bike downtown or don't have access to a bike, you'll be able to reserve, as part of your registration, one of these bikes. They'll be maintained and have air in the tires, and there are a variety of sizes and comfort levels," Studdard said.

The rides are designed to be safe and welcoming for cyclists of all skill levels, and Studdard said each ride will include support volunteers who can assist those who aren't comfortable riding in the street. Plus, there's safety in numbers, said Doug Carpenter, who is helping to promote the rides.

"You're riding in a group, so you basically take over the road. It's a big mass, like a giant snail moving down the road," he said.

Leslie Gower, director of marketing with the DMC, said the slow group rides may have the added benefit of helping people become more comfortable riding in the street.

"Memphis is growing into this amazing bicycle-oriented city, but a lot of people have a bit of anxiety about riding their bicycles in urban settings," Gower said. "Freewheel is a great way to make people feel more at ease navigating on city streets and to help create better connections between the Edge neighborhood and the downtown core."