From Us to You: Thanks! 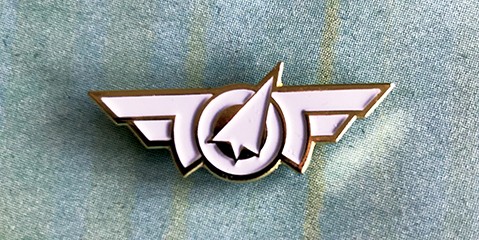 Whew. Another year under our belts at the Flyer. That makes 29, if you're counting. And we are. In fact, in February, we'll celebrate our 30th anniversary as Memphis' only independent, locally owned weekly paper. That's a long time in newspaper years, especially these days. It's the kind of anniversary that makes an editor want to take stock of things, and maybe even brag a little.

Each year, I collect a stack of the past 52 issues on my office desk, and every December I look through them, trying to get a perspective on the year's work. In 2018, we instigated a series of stories called the Justice Project — in-depth investigations on issues such as food deserts, environmental racism, the Memphis immigrant community, and the Memphis City Council's attempts to end-run democracy, to name a few.

We also published insightful cover stories on the Midtown "skinny houses" building boom, the fight over the future of the Fairgrounds, the member/board/employee struggles at WEVL and the Children's Museum of Memphis, and the burgeoning reboot of our riverfront.

As I look back on the year, I'm proud of our commemorative MLK issue and the retropective look we took on the work of Ernest Withers. And our annual 20<30 issue has become a community project that's grown by leaps and bounds each year.

When it comes to politics, I don't think anyone in town can top the Flyer and Jackson Baker for local coverage and insights. Just sayin'. Actually, I can say similar things about all the Flyer staffers. And maybe I just will.

Associate editor Toby Sells is as solid as they come, an ace reporter who pulled together many of the stories mentioned above and edits the Fly-By news section. No one in town tops Chris Davis for theater, entertainment, and media coverage — not to mention, he's one funny dude. Music editor Alex Greene is hard-wired into the scene as only a long-time musician can be. Chris McCoy absolutely owns the local film beat. Fight me. And Maya Smith has emerged as one of the city's best young reporters; she can tackle anything you throw at her. And we've thrown a lot at her.

Helping to pull it all together is long-time managing editor Susan Ellis, who helms our entertainment, arts, books, and food coverage, and copy editor and calendar editor Jesse Davis. And, of course, there's Michael Donahue, who graces this week's cover and is our writing Jack of all trades — and the life of 1,000 parties.

Andrea Fenise is our fashion editor, which, if you've seen how we dress, you would know is a necessary thing. In sports, Frank Murtaugh covers all things Tigers and Redbirds like the roving outfielder he once was, and newcomer Anthony Sain is now helming our Grizzlies coverage.

That's a solid damn team and I'm proud and privileged to work with all of them.

As I look at the past year's covers, I'm also struck by how much fun we have around here. Consider our hard-hitting cover story on ... cheese dip. Or the annual barbecue issue, or our in-depth look at the city's best hamburgers, or our first annual Dog Issue. Arf!

Then there's, well, beer. We like beer. Do you like beer? I like beer. So, in March, we do an annual beer bracket challenge to determine the city's best craft beer. Supreme Court Justice Brett Kavanaugh has been invited to be a guest judge this year. We haven't heard back from him yet, but we're sure it's just an oversight.

We also won a boat-load of regional and national writing awards in 2018. Fact.

But enough about us. None of this would happen without your support. All of us want to thank all of you who keep picking up the Flyer each week. Our 90-percent-plus pickup rate is the envy of alt-weeklies around the country. And thanks go also, of course, to the folks who pay our bills — our advertisers in print, online, and at our events. We love you and appreciate what your support means.

I'd also like to thank the 275 (and counting) members of our Frequent Flyer program — folks who support what we do with their monthly pledges. (Go to support.memphisflyer.com, if you'd like to learn more — or better — join them.)

I could keep name-checking our staffers — art director Carrie Beasley and her team; ad director Justin Rushing and the sales crew — but I'm running out of space. Look just to the left of this column, at the masthead, and you'll see everyone involved in making the Flyer happen. Blow them a kiss.

We've got great plans for the year ahead, including a print redesign in the next few months. Join us; 2019 is going to be great. And thanks again for keeping us flying.

Letter From The Editor Memphis Flyer Wraps up 2018