Garrison Keillor at the Orpheum

Garrison Keillor said he wouldn't miss A Prairie Home Companion in 2016 when he finally left the throwback radio show he'd created more than 40 years earlier. The slow-talking storyteller was going to do his last show, then hop on a train headed north, then east across the country to celebrate a good run on his "above average" variety show featuring song, sketch comedy, monologues, spots for Powdermilk Biscuits, and satirical, homespun news from Lake Wobegon.

He wasn't going to miss it because he was working on a screenplay. He was also writing a memoir. This was the time in life when normal people retired. He'd be normal, too, and retire so he could devote more attention to personal projects like these. Besides, if the former New Yorker writer and ongoing Washington Post columnist ever decided he hadn't done quite enough, he could always take on a solo speaking tour. This week, America's storyteller visits Memphis and the Orpheum Theatre to do his old thing in a new way. 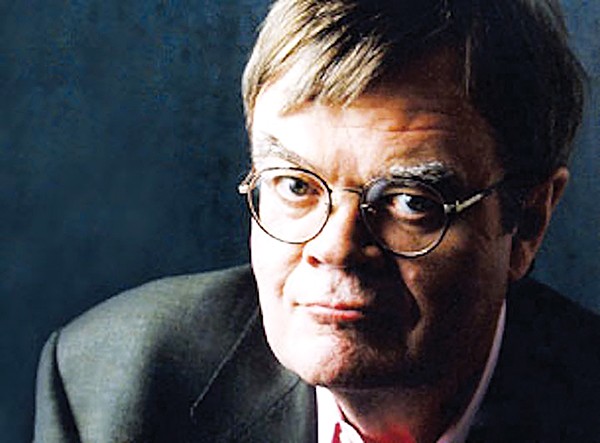 Keillor's storytelling evenings tend to be sedate affairs — even more than his famously even-keeled radio shows. It's sometimes just the man, a stool, and a series of stories that spin off from one another and converge. His evening at the Orpheum includes special musical guests. Musical guests he'll sing with, no doubt.

Although he's no longer the chief correspondent for A Prairie Home Companion, Keillor uses his website to supply fans with a steady supply of real American fake "news" from his fictitious Lake Wobegon, "Where all the women are strong and the men are good looking." Keillor's storytelling tone remains affirming and nostalgic, but the content's always real and considerably darker than the Norman Rockwell tableau it initially appears to ape.

What's retirement? Keillor only left the radio. He never left the prairie. Life is suffering — isn't that funny?