Gay couples From Memphis Tie the Knot in Arkansas

Tennessee same-sex marriage lawsuit is making its way through the courts.

May 15th has always been a special date for Alicia and Carrie Smith. The Memphis couple met on that date five years ago, and they held a civil ceremony honoring their commitment to one another on that day in 2009. But now they'll be celebrating their wedding anniversary one day earlier.

Alicia and Carrie drove to Little Rock, Arkansas, on May 14th to get married, just a few days after Pulaski County Circuit Judge Chris Piazza declared that state's ban on same-sex marriage to be unconstitutional, making it the first Southern state to legalize gay marriage. 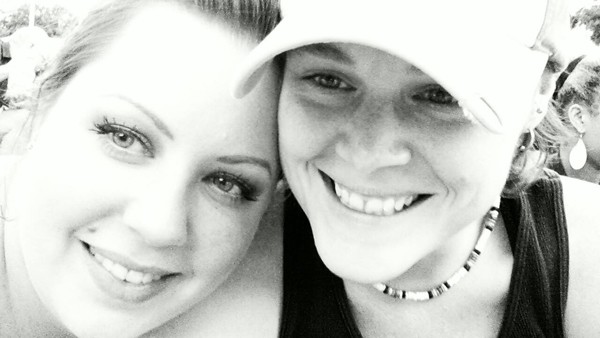 Ever since Piazza delivered his ruling, attempts have been made by Arkansas Attorney General Dustin McDaniel to stop the marriages. Alicia and Carrie were afraid to wait until their May 15th anniversary for fear that the Arkansas Supreme Court would issue a stay and halt the few counties that were issuing licenses to same-sex couples.

"We've always kept everything on that day until today," said Alicia by phone, just minutes after she and Carrie became legally wed at the Pulaski County Clerk's Office. "We were afraid to wait another day, so we joked that now we get a two-day anniversary."

Alicia said after the Defense of Marriage Act was overturned last year, she and Carrie had decided that if marriage became legal in Arkansas before Tennessee, they'd marry there.

"We knew some state would be first [in the South]," said Chris Sanders, executive director of the Tennessee Equality Project. "It makes a lot of sense for West Tennessee couples to go to Arkansas to get married if they need the federal benefits now. They'll get those if they have a valid state marriage somewhere."

Laura Phillips, who serves on the board of directors for the Northwest Arkansas Center for Equality in Fayetteville, Arkansas, officiated the first same-sex wedding in the entire state on Saturday, May 10th. She continued to marry couples throughout last week, all the while waiting for the other shoe to drop and the court to issue a stay.

"I have no idea how many couples we've married so far. Monday was a blur. We thought the stay was going to happen at any time," Phillips said.

But instead, last Thursday, Piazza issued an order explaining his ruling to remove all vestiges of same-sex marriage bans from the state's laws. McDaniel has now asked the Arkansas Supreme Court for an emergency order stopping the distribution of gay marriage licenses.

Meanwhile, a federal lawsuit filed in Tennessee seeking recognition for three couples that married in states that allow gay marriage but live in Tennessee, has made its way to the Sixth Circuit Court of Appeals. The couples' marriages were being recognized thanks to a preliminary injunction issued by a federal judge. But that is now being challenged by the state.

One of the couples named in the lawsuit — Ijpe DeKoe and Thom Kostura — live in Memphis.

"We're continuing to advocate for equality in marriage," said Maureen Holland, a Memphis attorney who represents the couples named in the case. "We think marriage is the same, and we shouldn't have different classes of marriage."