Godzilla: King Of The Monsters

There are actors, there are movie stars, and then there's Godzilla. He's been a monster movie A-lister since his debut in 1954's Gojira. Directed by Japanese super-genius Ishiro Honda, Gojira is a dark, melancholy meditation on the horrors of modern warfare. Less than a decade after the defeat of Japan by the Allies in World War II, Honda transformed the air armadas that flattened Tokyo and Hiroshima into a giant lizard awakened by atomic power from its slumber in the deep. When it hit American theaters, Gojira was renamed Godzilla, King of the Monsters!, its more explicit anti-war edges sanded off, and a subplot was added involving an American reporter played by Raymond Burr explaining the action on the screen in English. 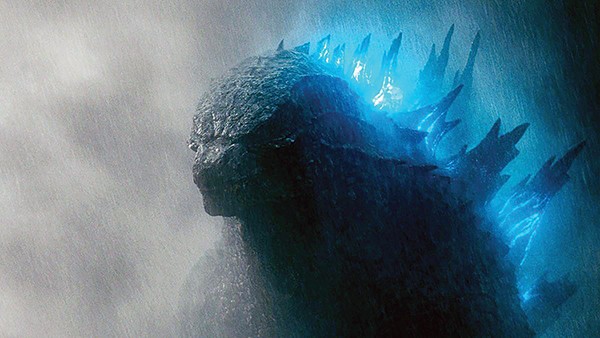 Like Brie Larson and many other movie stars, Godzilla's first role was his most artistically serious. Long before Terminator 2 flipped the script and made Arnold Schwarzenegger the good guy, Godzilla had gone from vengeful spirit to protector of the earth, cartoon star, and friend to children. Long before the Marvel Cinematic Universe, Godzilla acquired a host of similarly large and strange adversaries and allies and a wildly complex story that involved giant robots, alien invasions, and lots of battling mega fauna. Honda directed a dozen of those kaiju pictures (while also working with Akira Kurosawa on the side), culminating with Terror of Mechagodzilla in 1975.

Director Gareth Edwards' 2014 reboot of Godzilla hewed closer to the character's melancholy roots and was largely successful, both financially and artistically. Edwards left the franchise to direct Star Wars: Rogue One, and screenwriter Michael Dougherty took over. Godzilla: King of the Monsters (without the exclamation point) is dedicated to Haruo Nakajima, the man who wore the Godzilla suit from 1954 to 1972. Now, the big lizard in Tokyo's backyard is a CGI creation instead of a stuntman crushing cardboard buildings.

Legendary Entertainment is also getting back to Godzilla's Toho Studios roots by bringing back some old favorite characters and tying the whole thing into a loose storyline — emphasis on loose — called the MCU-inspired Monsterverse. After the revelation of Godzilla and the existence of King Kong (in 2017's Skull Island), the Monarch program was formed to deal with the new, outsized threats. Monarch leader Ishiro Serizawa (Ken Watanabe) has found a dozen other kaiju slumbering in various sites all over the world. Paleobiologist Emma Russell (Vera Farmiga) has developed a method to communicate with and kind of control the kaiju with ultrasonic frequencies. She gets a chance to test it out when a mega-egg hatches to reveal Mothra's caterpillar form. But terrorist Alan Jonah (Charles Dance) sees the opportunity to use big monsters to make big changes. His commando force frees Mothra and kidnaps Emma and her daughter Madison (Millie Bobby Brown, experienced at screaming at monsters from Stranger Things). With Monarch under attack, Ishiro rouses Emma's husband Mark (Kyle Chandler) out of retirement to help save the world. Meanwhile, Alan and Emma travel to Antarctica to awaken Godzilla's arch enemy, the three-headed Monster Zero, aka King Ghidorah.

The humans, with the exception of Watanabe, Brown, and Dance, are forgettable distractions. Godzilla: King of the Monsters exists to deliver stunning kaiju moments, like our hero's big underwater reveal and Rodan's emergence from a Mexican volcano. King Ghidorah looks more menacing than ever, but even he (they?) gets the occasional comedy beat, like when the heads take a moment out of a battle to discuss strategy among themselves. The dreaded Oxygen Destroyer weapon from Gojira is deployed, and the Monarch technology carries the classic high modernist design of the Japanese 1960s. There's a lot of carnage, and Boston is destroyed, which I think is a cinematic first for Beantown. (Don't worry: Washington, D.C., gets a hefty beatdown as well). 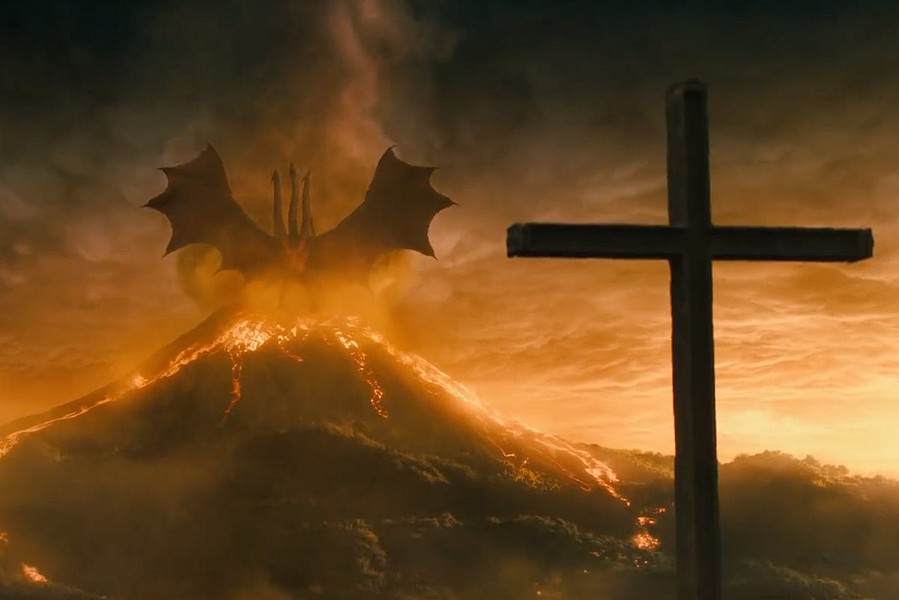 But, you ask, is it good? Well, that depends on what you're looking for in a kaiju movie. Dougherty draws heavily on Destroy All Monsters, the gonzo high point of Godzilla's Toho run. Honda was always a better visual stylist than screenwriter, but at least his ultra-mega-fauna battles royale had their own consistent internal logic. If anything, King of the Monsters is too conservative. The big bads of Destroy All Monsters were goofy aliens in New Wave sunglasses instead of the more prosaic (and thematically inconsistent) eco-terrorists we get here. This is a movie about a radioactive dinosaur and his friend, a titanic moth. Would the appearance of flying saucers really challenge suspension of disbelief?

But as the puny humans flail, Godzilla, the Cary Grant of giant monsters, emerges with his dignity intact. I had more fun at the wildly uneven King of the Monsters than I did with Kong: Skull Island, and if you're down for some city-stomping kaiju action, you will, too.