I had to go to not one, but two post offices.

See, I wasn't wearing pants, and I was on the phone with my bank. I couldn't get to the door in time and didn't get my package. My lovely postman rang several times because he's obviously been there before and knows I'm often wiping Nutella off my face before I answer the door.

Now, my friend Desi was a bit stumped at this, because don't all Southern ladies have bathrobes? Well, yeah, I reckon. But that never occurred to me, honestly. Probably because my bank was calling to verify two very legitimate charges, which I appreciated since last year I had THREE different debit cards due to security breaches.

Note to self, find another bank.

Anyway, I was so stunned that they were actually monitoring that all I could do was kind of freeze in place, my phone in one hand, watching my precious cargo being loaded back up and taken away.

Taken away to the depths of the Mendenhall Post Office. Where it could not be found. That should have been a sign, BUT OH NO! Did I heed said sign? No, for I am an idiot of the highest caliber. For various reasons, I needed a mailbox. So I'd gotten one online at a post office location that I preferred. I printed out everything the site told me, got all my IDs (strangely, no one accepts one's belly button as proof of birth), and trekked onward. BIG mistake. Let me just cut to the chase. By the time I got back in my car, I had no post office box, and I was in tears. 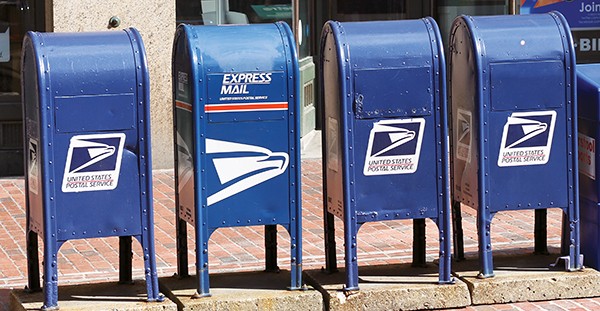 This woman was the most heinous individual I have ever encountered, and I once got stuck in a KKK rally in Brandon, Mississippi. Truth. So I went and finished my errands, got home, canceled my mailbox online, and wrote a complaint that was pointed yet poignant. I know USPS doesn't care.  I know nothing will be said to this woman, and even if it were, it wouldn't matter. Some people are just toxic.

A smooth transaction can change a person's day. You can be having the worst day ever. Run in your hose. There's a black fly in your chardonnay. But one joke from the woman at Fred's about how those select-a-size towels probably have a Napoleon complex, and it looks a lot better.

A terrible transaction can change a person's day. You can be having the best day ever. You don't have to wear pants. Black Sabbath decide to play your favorite neighborhood bar. Someone gives you something besides chardonnay. But one "I don't have to do ANYTHING the website says," and you are suspended between hopelessness and rage to the extent you clutch your pearls, say screw everything, go to Taco Bell, and go home and binge on Netflix and remorse the rest of the day. Because ...

I know there isn't anything nearly as trite as complaining about a government agency, but clichés are clichés because they've happened enough to be cliché. People with absolutely no power anywhere else in life will always try to create a superpower at work. When there are no consequences for actions, people do what we do. We act like jerks. I did cancel my order, I did write a complaint, and I know that nothing will change because I am the only one in this situation who was inconvenienced. No one else has a stake. It's the post office, where else am I going to go? What the woman wanted, she got. She wanted to tell someone no. She wanted to know — or act as if she knew — more than someone else because she has absolutely no power. People who throw fits and fall in them are no different from a toddler. And when we do that, we're telling the other person, "YOU are responsible for my behavior," rather than taking responsibility ourselves. Unfortunately, this woman exercised her "No" power with me. I don't show emotion with this kind of deal. I don't get loud. In fact, I get like Alec Baldwin quiet. I speak very distinctly. I ask how we're going to fix this. Most of the time, it works, and we all move on. This time? Not so much. Not only did we not fix the problem, she didn't get to see me get upset. So we both lost.

Susan Wilson also writes for yeahandanotherthing.com and likethedew.com. She and her husband, Chuck, have lived here long enough to know that Midtown does not start at Highland.