It’s the Grizzlies against the Spurs again in the playoffs. What’s different this time?

This is not the season the Grizzlies thought they'd have, for better or for worse. In their first year under new head coach David Fizdale, and the first with big free-agent signing Chandler Parsons on the roster, it was expected that they'd have some bumps in the road. A transition to a new era and style of Grizzlies basketball was going to take time, and patience.

Instead, Parsons never really played a meaningful minute, forcing the Grizzlies back into the mode in which they've operated since 2010–11, when the "Core Four" of Mike Conley, Marc Gasol, Tony Allen, and Zach Randolph took to the floor for the first time together and beat the top-seeded San Antonio Spurs in six games. There are new wrinkles — Randolph now comes off the bench in place of starter JaMychal Green; Gasol now shoots three-pointers and carries more of the load on offense; Conley, armed with a $150 million max contract, seems to be able to score 30 points at will — but the basics are still there: a reliance on Conley, Randolph, and Gasol for scoring, on Allen and Gasol for defense, and a wing rotation of veterans that's just barely this side of replacement level. Their continuity is their curse.

In this season of déjà vu, it comes as no surprise that the Grizzlies are now set to face the Spurs in the first round for the second year in a row and for the fourth time in seven postseasons. The Spurs are different now, led by Kawhi Leonard and LaMarcus Aldridge, but they're still "The Spurs," a basketball leviathan, and it's unclear whether they're set to struggle with the Grizzlies as they did in the regular season (the two teams split the season series) or whether they're just waiting for the right moment to unleash the same sort of unbeatable game plan they've deployed against the Griz in years past.

There are reasons to believe that things could go the Grizzlies' way this postseason. For one, for the first time, they've prioritized rest and recovery for their most important players. Neither Conley nor Gasol even played in the 2016 series. Conley broke his back earlier in the season, and Gasol recently missed time with a sprained foot, but there's no lingering, "just gotta play through it" injury as was the case in 2015, and no one is fresh off a long layoff, as was the case in 2014 when Gasol was still very limited by an MCL sprain. This is truly the first year since 2013 that the Grizzlies' "Big Three" of Conley/Randolph/Gasol are all healthy. (Nevermind Parsons in this equation; for our purposes he might as well not be on the team.)

The Grizzlies are a better offensive team this year, when shots are falling. Gasol's three-point shooting, combined with bigger offensive output from Conley and Vince Carter and newcomer shooter Troy Daniels, mean they're a little more versatile, even though for the season they're really no better or worse than any other year of the Grit & Grind era.

The other good news is that it's not a given that the Spurs have a higher gear to go. They've been a bit of a mess this year at times, and Tony Parker has been noticeably hobbled by age for the first time. While Leonard still has the ability to wreak havoc on the Grizzlies on both ends of the floor, the Spurs' other primary weapon is Aldridge, who Gasol, Randolph, and Green can probably defend well. It's a better matchup than it appears.

None of that means anything if the Grizzlies' defense, which hasn't been what it used to be, can't handle the Spurs' ball movement. As has been the case since 2011, the Grizzlies are vulnerable to teams that shoot well from outside, and they've never ironed out the wrinkles in Fizdale's new scheme that would let them prevent some of those problems.

Allen, let it be said, has not been the consistent force on defense that he's been in years past, gambling for steals more often and failing to deny the ball to his man quite as much. That in itself isn't surprising; Allen's defensive gifts have always relied on his ability to get through screens and to move laterally at unreal speeds, and, as he ages, there's no way to avoid the loss of speed over time. But with Gasol not quite as "there" defensively (especially after the All-Star break), Allen's gambles leave the Grizzlies far more susceptible to the weak-side three-pointer than they should be. And Allen's still the best perimeter defender on the team. Guys like James Ennis, Carter, and Andrew Harrison just aren't on that level, and sharpshooter Troy Daniels is such a poor defender that it cost him minutes at points this year.

The other bad news is that without Parsons in the mix on offense, the Grizzlies still depend so much on action inside the paint that the Spurs could probably pack the lane with four guys on every possession, especially when Randolph is on the court. Since he bullied Antonio McDyess into retirement in 2011, the Spurs have always had an answer for Randolph, and even in their slightly diminished state — bringing Pau Gasol and David Lee off the bench—I don't see any real reason to think Randolph has an advantage over the Spurs' bigs that he didn't have previously.

Indeed, that's what I said. The Grizzlies have a lot of decisions to make this summer, and it's very possible that next year's team could be different. For one, with next year's salary cap projections falling to around $100 million, they don't have a lot of room to make moves this offseason. Green is a restricted free agent and will almost certainly draw a $10M/year offer sheet from some other team that the Griz will then have the option to match. Randolph and Allen are both free agents this summer. Randolph's offensive output has been invaluable to the second unit this year — he's been a strong candidate for Sixth Man of the Year — but Allen's defense and rebounding have kept the Grizzlies alive at times (though they've also been admittedly subpar at others).

The problem with putting things on a credit card is that eventually the bill comes due. The Grizzlies have a crop of young players; they have three guys (Conley, Gasol, and Parsons) on max deals; and they have some veterans whose time may have come (Randolph, Allen, and Carter). With the space they have left, how much sense does it make for them to run it back yet another time? How content are they with being a perennial 6th or 7th seed? At what point does the wave of the last few seasons inevitably crash on the beach?

It could be this summer. The raw truth is that Conley and Gasol will never be more valuable as trade assets. How the Spurs series (and thus the rest of the Grizzlies' postseason, if there's going to be a "rest") goes will probably determine the conversations happening inside the organization this summer. Are they confident that Parsons will recover enough to be a meaningful contributor from opening night next year? Do they think they can shore up the wing rotation and run it back one more year even if he can't? Those are all questions that will start to be asked whenever the season inevitably ends. If the Grizzlies can stave off that end a little longer, they may be able to defer those payments another year. If they're handled by the Spurs without offering up much resistance, it may be time to start asking the tough questions now, before time and the relentless improvement of the rest of the Western Conference force the issue. 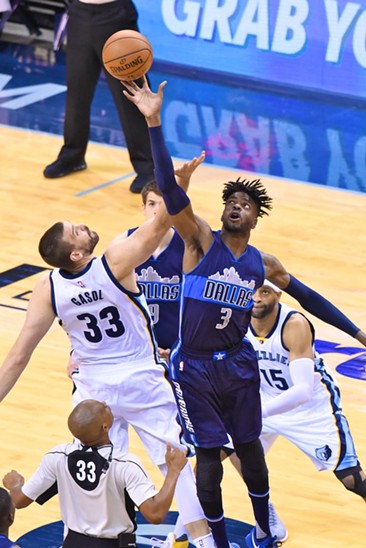 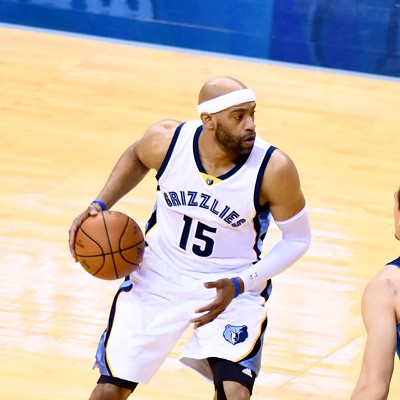 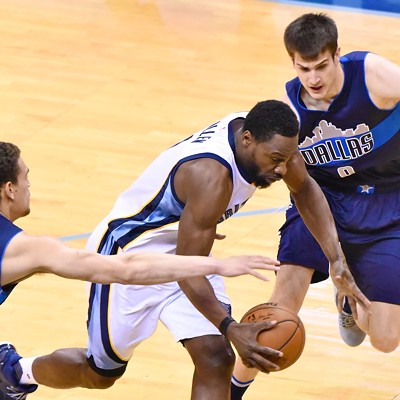 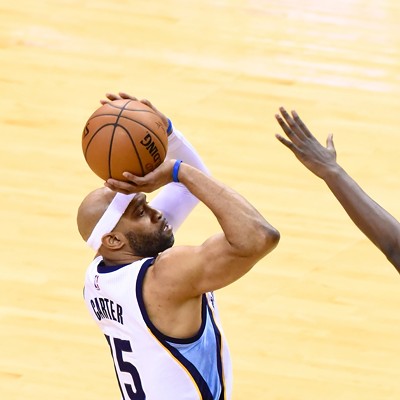 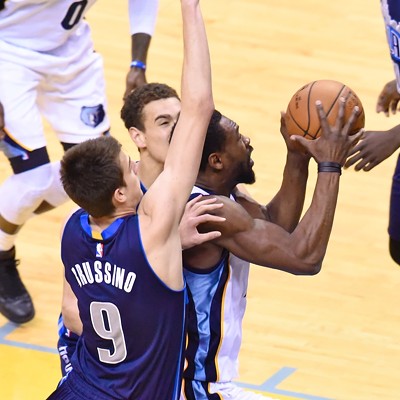 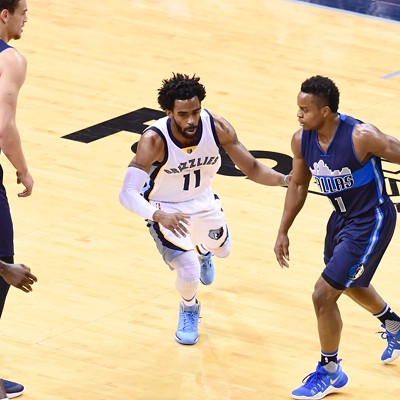 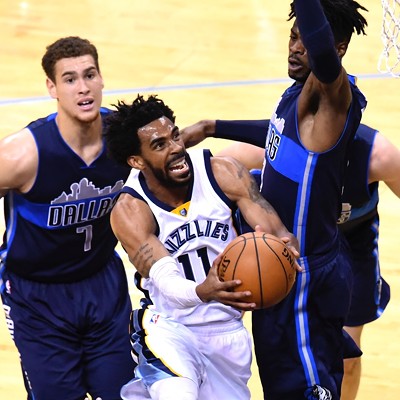 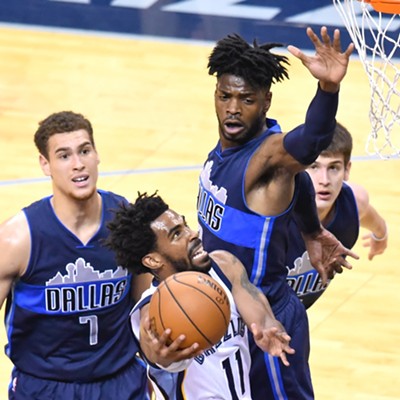