Guns Across the Border

So it has come to this: John Champion, the district attorney for northern Mississippi, the man charged with keeping the peace and restraining dangerous discontents, has a brand-new problem on his hand. Well, two problems, actually.

One is the passage by the 2013 Mississippi legislature of an "open carry" gun law which, as Champion explained it to a luncheon of the Memphis Rotary Club, basically allows anybody, anywhere, anytime to carry a weapon. 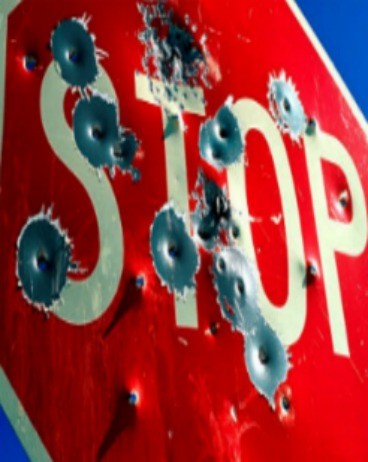 Well, almost anybody. Convicted felons are prohibited by the new law from carrying weapons, but such folks haven't been convicted and earned the title of "felon" because of their penchant for obeying either the letter or the spirit of the law. And, for that matter, we have to say almost anywhere, too — mainly because schools and college campuses may be grandfathered from compliance with open carry. Champion and other representatives of law enforcement in Mississippi successfully beseeched the state's attorney general for a ruling that a ban on concealed weapons could be enforced in state, county, and municipal buildings.

As he explained it, Champion and other members of the prosecutorial community realized that if guns were allowed in the courtrooms of any of those jurisdictions, the temptation of outraged relatives to try to save their freshly sentenced kin from court-ordained visits to the "Parchman Hilton" (Mississippi's infamous state prison farm) might be, quite literally, hard to resist.

So that was problem number one, and, even as modified, it's a serious one.

Problem number two, according to Champion, is the fact that in DeSoto County, Memphians — legal residents of the Volunteer State — are now committing at least 60 percent of the crimes of violence.

Some of us in Shelby County are already leery of our own state's recent liberalizing of gun laws, extending the rights of citizens with gun permits to carry their weapons in an increasing number of places. But at least Tennessee still requires gun-carry permits. Mississippi now, offically, does not.

Do the Magnolia State's more lenient guns serve as a beacon to nefarious-minded Memphians who see the unfettered ability to carry firearms as an invite to perform armed mischief? According to Champion, yes. The Magnolia State has legitimate reason to fear imported deadly violence from Tennessee, the apparent consequence of an over-literal interpretation to the Second Amendment in Mississippi.

It is a specter which will likely come to haunt us here, too, in the next convening of the Tennessee General Assembly — or the one after that. The same deep-pocketed gun lobbies that flourish in Jackson, Mississippi, also flourish in Nashville. At some point, it will surely seem possible, if not likely, that they will be able to persuade our state's ever-compliant legislators to help them notch that one last triumph, so we too can proudly march with Mississippi under the banner of unfettered gun carry — anytime, anyplace.