Happy Ending for the Fairgrounds? 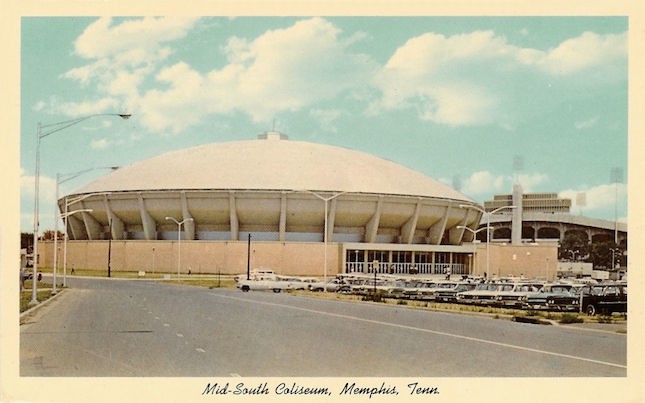 It is no secret that adherents of preserving the Mid-South Coliseum nursed grave doubts about the integrity of the process, when the city engaged with a team of consultants to conduct public hearings on the future of the

Fairgrounds, after which the independent Urban Land Institute would pass on its recommendations. The administration of Mayor A C Wharton, and specifically Robert Lipscomb, the city's director of housing and community development and its de facto planning czar, had seemed fully committed to a vision of the future Fairgrounds area that included the demolition of the vintage structure. The Tourism Development Zone proposal favored by Lipscomb proposed a basic start from scratch on much of the Fairgrounds acreage, leaving in place the newish Kroc Center, a renovated Liberty Bowl, and the Shelby County Schools administrative facility in the complex that was once Fairview Middle School. The plan envisioned a youth sports complex, a new multi-purpose athletic facility at the site of the now dormant Coliseum, along with retail facilities and a hotel. Though the Coliseum was in disrepair and needed serious renovation to be used for any kind of contemporary purpose, the real problem with the building was that its use as a performance arena for sports and concerts clashed with the terms of the non-compete clause between the city and FedExForum. That contract was the price of attracting the Grizzlies to Memphis.

But the Coliseum has deep connections to the hearts of Memphians and Mid-Southerners. Elvis, the Beatles, the Rolling Stones, and — perhaps most memorable of all — some truly legendary performers of the 'rassling arts performed there. Memphis' preservationist community joined legions of fans in wanting to see the building restored, perhaps as a wrestling museum. A variety of demonstrations made the point, and the ULI-conducted public meetings were a necessary response to the demand. The droves of citizens who turned out overwhelmingly backed the idea of preserving the Coliseum, but they also made other useful suggestions, most of them, as it turned out, consistent with the root premises of the proposed TDZ.

The ULI folks listened, and they submitted recommendations to the city that made a compelling case for the Coliseum transformed into an open-air structure, seating a maximum of 5,000 persons, and able to compete with other nearby arenas (Snowden Grove in Mississippi, for example) for mid-range concerts. Other recommendations were for a water park and a conservancy, whose managerial reach would extend beyond the Fairgrounds proper to Tobey Park on the north side of Central Avenue.

The ULI report made for a proposition that was probably more realistic than such features of the original TDZ proposal as the imagined hotel and large-scale big-box retailers, which were arguably too dependent on a philosophy of build-it-and-they-will-come.

In any case, the ULI's recommendations seem to have gone down well with people on both sides of the previous conflict line — those who wanted a whole new shuffle on the Fairgrounds property and those who wanted to maintain a bit more tradition.

Lipscomb says he and his team are reviewing the feasibility of a revamped TDZ proposal in line with the ULI recommendations. We hope that he sees in them the ingredients for a happy ending in which everybody can go home satisfied.