The last thing Egypt needs is for the U.S. to micromanage its issues.

In addition to all the experts, thinkers, pundits, and others who have been cited about the loss of democracy in Egypt, let me quote a certain West Point expellee who, in a different context, uttered words that now fit the situation: "Frankly, my dear, I don't give a damn." Rhett Butler neatly summarizes my position on democracy in Egypt.

I hope not to sound too cynical. I have always had a soft spot for Egypt. The people are gracious and aware that theirs is a storied and wonderful civilization. But the issue is not whether Egypt is a democracy or something else. The issue is whether Egypt provides for its people and keeps out of trouble. After that, if Ramses II returns, it's okay with me. 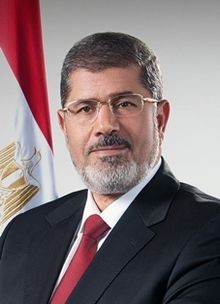 For 34 years — under three regimes now — Egypt has kept the peace with Israel, which is worth a yearly Nobel Peace Prize. For all but the past two years, this peace was maintained by authoritarian regimes — Anwar Sadat's and then Hosni Mubarak's. They had their imperfections, but bellicosity was not one of them.

Democracy is nice, but it is not a panacea. The American insistence that the world mimic us has always struck me as both patronizing and contemptuous of history. The overriding challenge of all incipient democracies is how to handle minority issues. For a very long time, the United States did not do very well in this regard. We disenfranchised African Americans and used all sorts of devices to keep them in penury and politically powerless. Southern states insisted on Jim Crow laws, and their representatives in Congress — many of whom loathed racial segregation — voted to maintain it lest they wind up losing at the polls. It took the often nonelected courts, Supreme or less so, to remedy the situation. The people are not always wise.

In many cases, the democracies that emerged in Europe after World War I evolved into intolerant, rightist regimes. Hitler — the überexample — had enormous popular support, even though Germans were well aware that he was enamored of violence and a bit unbalanced about Jews. To the east, the popularly elected governments of Poland and other nations treated their various minorities roughly — the Jews roughest of all. All sorts of restrictions were imposed on Jews throughout Eastern Europe, everything from "seating ghettos" in Polish universities' lecture halls to a requirement in Romania that Jewish medical students learn their profession only on Jewish cadavers.

The Holocaust and the ethnic cleansing that followed World War II reorganized Eastern Europe into neat ethnic enclaves — otherwise who knows what would be happening today. The Middle East is not so well-ordered. The Jews are gone — 75,000 or so booted out of Egypt in the 1950s and '60s, 120,000 out of Iraq around the same time — but Shiites rub up against Sunnis, and Christians against Muslims. In Egypt, the Coptic Christians felt endangered by a government — elected or not — run by the Muslim Brotherhood.

America's interest is in a stable Middle East. If stability can be combined with democracy, all the better. But it was the authoritarian governments of Egypt and Jordan that signed peace treaties with Israel when, you'd be assured, popularly elected ones would never have done so. (As it was, the treaty cost Sadat his life.)

For Mohamed Morsi, sooner or later he might have had to balance the $1.5 billion that Egypt annually gets from the United States — most of it military aid — against a popular clamor to repudiate the peace with Israel. The Israel question, abetted by an appalling amount of anti-Semitism, is just too easy to demagogue. It is what race was in the Jim Crow South or, to wax truly esoteric, what Belorussians were in interwar Poland.

After the collapse of Weimar Germany — a democracy but an extremely messy one — some intellectuals, including Hannah Arendt and Theodor Adorno, questioned whether democracy was always a wonderful thing. The answer, of course, is nothing is always wonderful. The Egyptian democracy was tending back toward authoritarianism, and, no matter what had happened, the country might have seen its last real election. In the short run, no government can reverse the population explosion, provide jobs for young people, or ameliorate what climate change is doing to the Nile Delta. Egypt's problems are so daunting that the lack of democracy is not the top priority. First things first. Before Egypt needs a democratic government, it just needs a government.