This Saturday, six local bands will attempt to revive the local modern hard-rock scene at the newly renovated New Daisy Theater on Beale Street. The Hometown Throwdown is now in its second year, but the premise is simple: throw a single night showcase that features some of the best of the harder rocking bands in Memphis (known in some circles as Guitar Center rock). Festival promoter Gary Segars (and member of the band Prosevere, who headline the event) said that the main goal of the Hometown Throwdown II is to prove that people still care about hard rock in Memphis, which is alive and well here. 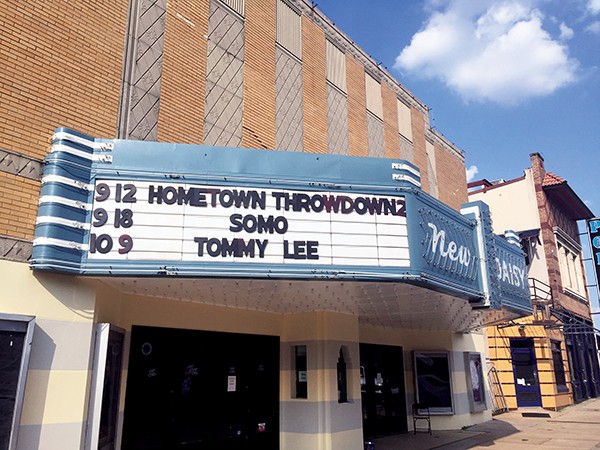 "The Memphis music scene used to have Crippled Nation and Piston Honda and Logic 34, and they could play to several hundred people any time they performed," Segars said.

"Now it's really difficult for kids to go and see shows because everything is 21 and up. The New Daisy was one of the only places younger music fans could go to see local bands."

So far Prosovere, One Less Reason, Empire City, Surrender the Fall, the Passport, and Devices Divide Us have been announced for the one-night-only event, and the gig also serves as a coming-out party for the new local label Tattooed Millionaire records.

"Basically, we want to showcase the local rock scene and show that we can still pack this place out," Segars said. "We want to give these local bands a chance to play in front of a new, all-ages crowd, to get them in front of new fans, and show that there are still a lot of different things going in Memphis."