There will be a lot of "lasts" at Memphis College of Art this coming year. This is one of them.

There will be a lot of "lasts" at Memphis College of Art this coming year. The school closes for good after the next spring commencement with the remaining students graduating and going on their way, alumni to a memory. As fall gets underway, the first of the year's lasts begins with the 35th Horn Island Exhibition, one of MCA's most distinctive endeavors. In the early 1980s, professor Bob Riseling liked the idea of students going on an excursion to the uninhabited barrier island off the Gulf Coast near Ocean Springs, Mississippi. There was a fitting historic resonance: Noted artist Walter Inglis Anderson (1903-1965) spent a good deal of the last 20 years of his life going to and from Horn Island, portraying the animals and landscapes. The Walter Anderson Museum of Art in Ocean Springs keeps his memory alive and his art protected. Riseling imagined students, faculty, and alumni going for several days to the island where they would observe and absorb the environment while roughing it the whole way. To this day there are no amenities on the island, so everyone  camps and creates with the idea of coming back to complete artworks inspired by the experience. Riseling led the expeditions for years and then handed off the direction to MCA faculty member Don DuMont, who remembers well how it changed him. "The first year I was adjunct here at MCA, well in my forties," DuMont says. "That experience on Horn Island took me all the way back to when I was really young, to all the islands I had been on throughout my service years. Things just flooded back into me. And I started looking at my life and it just took a big 180."

For many of those who have trekked to Horn Island over the years, it is revelatory in its own way. "Some of them have never camped before," DuMont says. "Some of them had never even been to the coast. Some of them never even been on a boat." DuMont went to Horn Island three times when Riseling was running the show, and the senior professor saw the effect. "He told me, 'I think you're the one to take this over,'" DuMont says. "And I've done it 14 years. It's been just a tremendous opportunity and something that's changed my life greatly, and then to be able to see all of this wonderful work all these years. All of these people that have participated feel that it really had big significance in their lives, too. So it's pretty damn sweet." This year's show runs through October 4th, with the reception this Saturday from 5:30 p.m. to 8:30 p.m. at MCA. As in the past, there will be refreshments in the form of barbecued Spam and Gatorade, the essential sustenance of the art adventurers. Students are required to do four to six pieces for the show. They have sponsors, and the idea is to give the benefactors choices in selecting a work for themselves. The sponsors are typically art collectors and understand the value of a visit to Horn Island. Sometimes they're happy to forego having a piece — they'd rather the student have the experience on the island and then have a chance to sell their work. 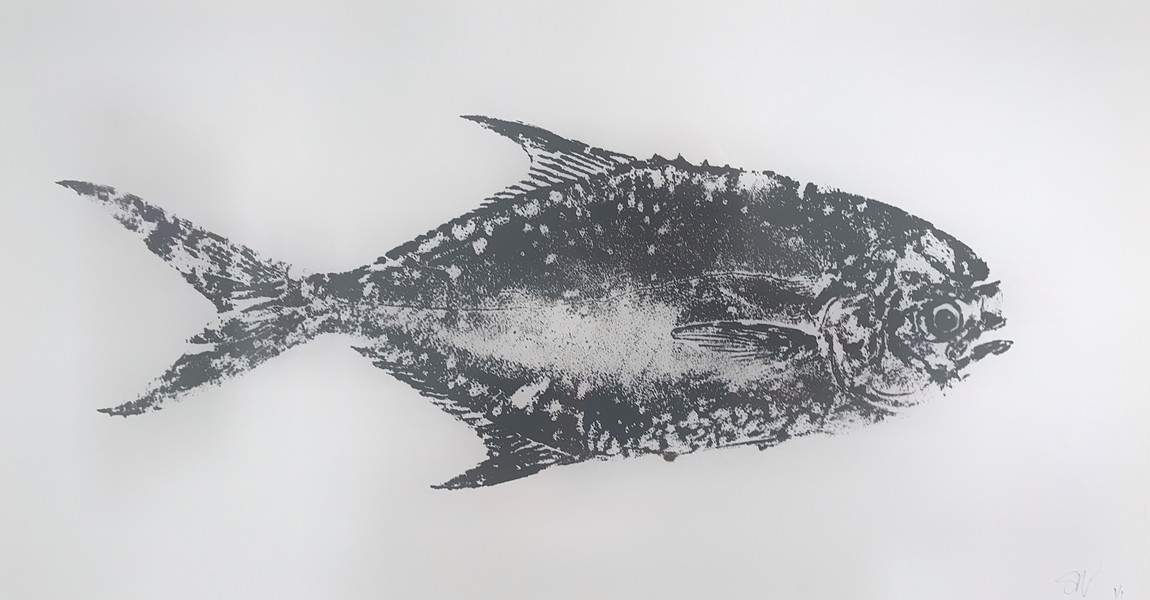 That experience, DuMont says, is different every time, whether veteran or newbie. "We step on a different island every year," he says. "As a matter of fact, every morning when you step out of your tent, it's a different island." Nature does what it pleases and it presents the artists with fresh visions and not just a few lessons. He mentions Hurricane Katrina that blew through the region in 2005. "Pre-Katrina, the island was very lush. After Katrina, we witnessed a significant die-off." The devastation came, he says, because there wasn't significant rain for several months after the hurricane. "So that island just sat there and had salt water that killed off a lot of those trees. Over the years, we watched the island come back, and this year in particular, it seemed really, really lush. I think it had a lot to do with our wet fall and winter." Each artist takes away whatever they will from the excursion and then spends the summer working on their art. There is certainly no theme imposed on them, although DuMont says, "I think people really were reflecting a lot, maybe thinking about the past, and thinking about what they'll do now." And then when the pieces started coming in to MCA to be hung or placed, DuMont noticed a thread that ran through many of them. "Reflection literally shows up a lot in work," he says. He points to a symmetrical work made of cut paper. "It's almost like a mirror," he says, speculating that perhaps it being the last show spurred thoughts about past, present, and future, which then emerged as balance, reflection, and symmetry in the artworks.

There is also much diversity in the show, DuMont says. "It's all like-minded people there, so you would think they're all going to be doing the same thing. But that's so far from the truth. We have beautiful jewelry, we have ceramic work that's phenomenal. The other thing is that it's not just traditional style work, but there are all kinds of mediums here." Painting, drawing, photography, printmaking, animation, fabric. "New technologies, old methods, just a wonderful blend," he says.

Viewpoint: Our Jail is a Petri Dish for Covid-19.