According to a story in The Wall Street Journal this week, the Memphis City Council "will vote to complete new tax breaks for Graceland to fund a $100 million expansion, a peace offering in a nearly two-year war that included threats of Elvis's estate leaving his adopted hometown."

Yep, according to the WSJ, the folks out there at Graceland were threatening to pack it all up and move it out of town if the city didn't give them a tax break.

"We've had substantial offers to take every piece of wood and panel and move it," Elvis Presley Enterprises Inc.'s managing partner, Joel Weinshanker, told the WSJ. He cited Nashville, Asia, and the Middle East as possible new homes for Graceland, and said a $79 million incentive package would go a long way "to ensure that the late musician's home will stay on Elvis Presley Boulevard." 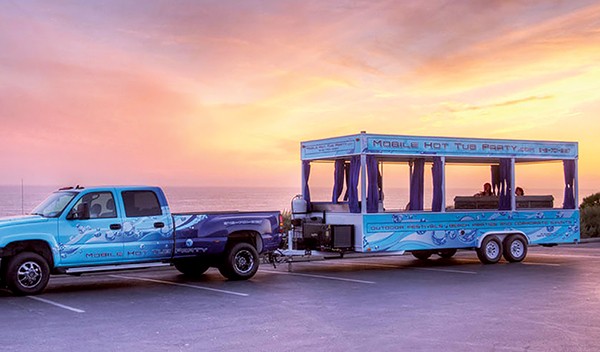 Given the city's track record on doling out tax breaks, this is probably a done deal. But if you think EPE was seriously considering moving out of Memphis, I have some windmill-cancer meds I'd like to sell you.

Let me remind you (since most of you Memphians have never been to Graceland) that Elvis Presley and his mama, Gladys, as well his daddy, Vernon, and even his grandmama, Minnie Mae, are all buried at Graceland. If the current corporate owners of Elvis Presley had ever attempted to dig up the whole damn family and move them to, say, Saudi Arabia, there would have been a world-wide armed revolt by Elvis fans. It would be like moving Bourbon Street to Albuquerque. Some things are intrinsically linked — like Elvis and Memphis. And some things aren't for sale. Or they shouldn't be.

And Nashville? C'mon, son. That city has enough issues of its own to deal with, these days, without throwing Dead Elvis into the mix. Last week, there was a huge brouhaha from the populace over the city's decision to cut down a bunch of cherry trees to build a big temporary stage for a televised NFL Draft Day event on ESPN. Talk about short-term thinking! A city with more stages than Wells Fargo decided to destroy a bunch of mature trees to build another stage for a one-day event.

And while I'm on the subject of our capitol city, did you happen to see the Southern Living article that cited the best barbecue joint in Tennessee as a Nashville restaurant called Peg Leg Porker. Puh-leeze. This place, in the trendy Gulch area, features, and I quote, "Kool-Aid Brined Pickles," and a "Memphis Sushi Plate." And — of course — it sponsors NASCAR events. Give me a break, Bubba. Are you pulling my leg, Peg? Anyone who thinks the best barbecue in Tennessee is in Nashville needs to get to Memphis in the Meantime, girl. Also, Southern Living is dead to me. (Actually, I haven't read it years, so I guess it was already dead to me.) But still.

And to finish off what might be called my Tennesse Tourism week, I got a press release Friday that permanently ended any Nashville-envy I might have ever had. The email proudly announced the addition of a mobile hot-tub truck to Nashville's burgeoning "ride around downtown while drankin'" fleet.

If you've been to Nashville in recent years, you're probably aware that it has become the Bachelorette Party Capitol of the South. Every weekend, legions of boot-scootin', cowboy-hat-wearin' fillies yeehaw their way around downtown on those ubiquitous pedal taverns or on the back of flat-bed party trucks and monster-tire pickups blasting Florida-Georgia Line.

The addition of mobile hot-tub trucks takes this to a whole new level of lunacy. I mean, folks riding around, drinking beer and getting loaded, while sitting in warm water? What could possibly go wrong? Oh, I don't know, but hey, here's a good slogan, for free: "Ride in Our Hot Tubs! Urine for a Treat!" Can you say "IPeeA"?

I don't know what's next for Nashville, or how you top mobile hot tubs cruising the streets of your downtown, but I do know Elvis wouldn't be caught dead there.