How ’Bout Them Apples?

The Long Road Cider Company is worth the drive.

Let's just start with the meat-hook reality that anyone who starts a conversation with, "Hey gang, let's drive out to the country and get some cider!" is going to sound a bit daft. However, if your aspiration is to out-hipster the craft beer crowd, it may be your only course. And cider is really old school. Even if you don't care about any of that and just want something a little different, it's still a pretty good option. The Long Road Cider Company in Barretville, on the slightly far side of Bartlett, is worth the drive.

And that drive is long enough for you to contemplate America's protracted history with cider. The settlers of Jamestown planted an orchard in 1607. The Mayflower had in its hold apple tree saplings, as well as a cider press for its 1620 voyage to the New World. The press was dismantled en route after a rough storm damaged the ship and they used its giant screw to keep the ship from breaking apart — thus, ensuring that America's first batch of well-armed religious lunatics arrived safely.

The true-life legend Johnny Appleseed wasn't planting orchards everywhere because frontier moms needed something to wrap up with the kid's lunch. He was planting apples because our Founding Mothers (and Fathers) — just like their descendants — need a drink sometimes. John Adams, for example, was noted for quaffing two tankards of cider a day.

Cider remained a common drink in the U.S. until prohibition was established in 1920. The legal dry spell lasted until 1933, and liquor and beer bounced back immediately after repeal. But it took wine until the 1970s or so to really re-enter the American mainstream. Cider never seemed to find its legs again. (And to be honest, I'd always mentally put it in the same category as those god-awful wine coolers.) 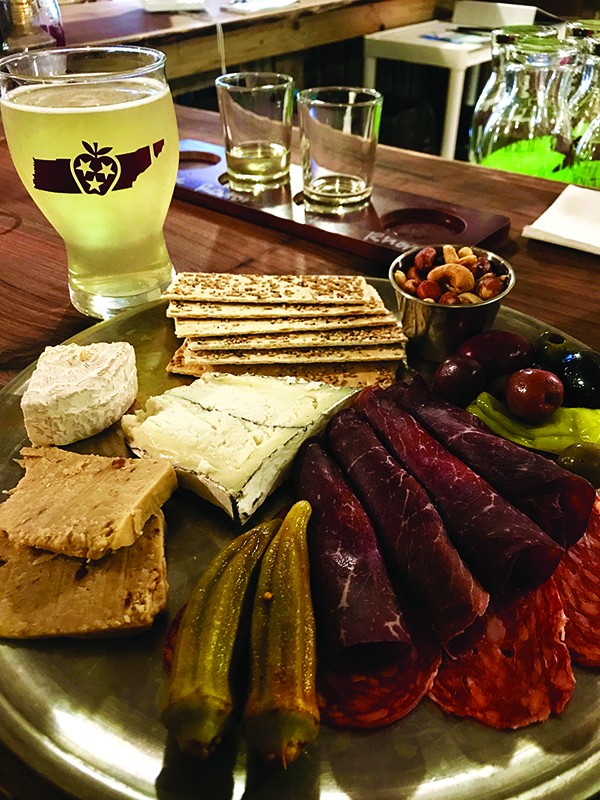 Long Road Cider Co., Tennessee's first, wants to change that. And there is a decidedly old-school method to their madness, a "Methode Champenoise" to be exact. Which means that there is a third fermentation in the bottle, creating a natural carbonation. (Like champagne, if you hadn't guessed.) All the ciders are made in-house, as is the non-alcoholic root beer. The suppliers are family-run businesses, and they add nothing artificial; what happens in their barrels and bottles is just the product of Mother Nature and time.

Long Road is located in an old general store. When you first enter, you think: "Well, of course, this is a cidery." What you notice after you've ordered a flight (because you know nothing about cider) is how light they are. In a world of double and triple IPAs and chocolate coffee stouts, there doesn't seem to be much heft to it. I think this is what makes the ciders so refreshing. The folks at Long Road are mercifully unpedantic about this: There is always a local beer on tap, in case you simply don't care what the Romans do.

It is a drive, but not that long, and worth more than one trip to sample the revolving selections. We had the Bourbon Slingshot, which is made like any other cider, then stored in used barrels from the Jack Daniel's Distillery. It works well. The cider starts with a light taste, and the whiskey barrel storage gives it an interesting bite. We also tasted a very dry and tart number called Applerater, and a subtle Rhonissippi — a traditional cider that tastes exactly like you imagine that stuff John Adams was knocking back must have tasted like.

Be warned though, even though the cider is very light tasting, these drinks have plenty of alcohol. The "lite" cider, for example, is 5.8 percent ABV. The others run around 8 percent. (In a world before modern sanitation and heavy machinery, our forebears would put away a lot of alcohol.) Fortunately, it's easy to remember to eat something while you're there. The menu is solid. I "split" the Ploughman's Plate — a board of nuts, olives, meats, and cheeses — with the short-changed Mrs. M.

John Adams could relate, no doubt.