How to Fix Our Broken Electoral System

Every presidential election season spawns calls for reform of our rickety, antiquated system for electing presidents and representatives. In light of recent events, the urgency has never been greater. Here are some options to consider that would fix our problems.

You could consider having states allocate Electoral College votes by congressional district, as Maine and Nebraska do. But all that'll do is import the pathologies of gerrymandering into the presidential election. 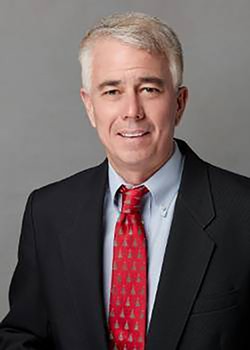 Or states could allocate Electoral College votes pro rata, based on each candidate's share of the statewide vote, rather than on the current winner-take-all basis. But this is only a slight improvement. It would still make a vote in Wyoming mathematically worth three times as much as a vote in California (because each state gets two Electoral votes, regardless of its population). More fundamentally, it would still allow a candidate with more nationwide votes to lose to a candidate with fewer. (These same two criticisms also apply to the Maine/Nebraska approach.)

And, as I explain in my book, Rethinking U.S. Election Law, mathematically, it would still allow a small number of large states to dominate the campaign and get outsized attention in governance, as they do now. Because most states have a small number of Electoral College votes (average is 11, median is 7), even the most aggressive campaign effort could only change one Electoral vote in most states. So the incentive would still be to focus on a few big states with 20 or more Electoral votes and ignore the rest.

Better is the National Popular Vote Interstate Compact (nationalpopularvote.com), an agreement among state legislatures to award their state's Electoral votes to the nationwide winner regardless of the vote count in their own state. This makes every vote in the U.S. mathematically equal to every other. Swing states won't dominate, no one is ignored, and a candidate with fewer nationwide votes can't beat out someone with more.

Gerrymandering: That "proportionate share" approach works better as a solution to gerrymandering. Nonpartisan redistricting commissions should become de rigueur. We're the only advanced democracy that still lets politicians draw their own district lines. Voters don't choose their representatives — it's the other way around.

But because of "the Big Sort," with Democrats overconcentrated in big cities, even the best such commissions can't avoid "natural gerrymanders" that result whenever you superimpose single-member district lines and winner-take-all elections onto the unruly, demographically clustered populations of the U.S.

You still have a "skew," which allows a party's share of seats in the House to deviate significantly from its share of the overall vote. And you still have an overwhelming number of "safe" Republican and Democratic districts, where the only real competition is in the primaries. This incentivizes candidates to move to the extremes of left and right to avoid being "primaried," with no real incentive to work across the aisle on constructive compromise.

Even better would be at-large or multi-member district elections using Proportional Representation, where 40 percent of the vote nets 40 percent of the seats. This would help Republicans in New York and Democrats in Mississippi get their fair share of representation; make all elections competitive with high turnout; and end gerrymandering once and for all.

The Fair Representation Act, currently pending in Congress, would give states the option to go this route, which has worked well in Australia for 60 years and in Cambridge, Massachusetts, for 80. (The multi-member districts would be drawn by nonpartisan commissions, but instead of a single winner-take-all election, three to five members would be elected at once, with each party getting its proportionate share of seats. And because the elections would use Ranked Choice Voting, where voters could choose their first, second, and third choices, third parties would have a decent shot at getting at least some representation.)

In conclusion, our electoral system needs real fixes. Now is the time to consider them.

Steve Mulroy teaches election law at the University of Memphis law school. He is a former Shelby County commissioner and Voting Section lawyer for the U.S. Justice Department.