It's the day of dress rehearsal, and John Moore, who plays the ghost of actor John Barrymore in Paul Rudnick's comedy I Hate Hamlet, is about to get his tights. "Ah yes, the tights," he says. "You know, they don't hide a lot. Like Barrymore says, 'This is the history of Prince Hamlet. Tight pants. That's what Hamlet's about. A young man full of vigor."

This year marks the 400th anniversary of Shakespeare's death, and the Bard, whose work is always in heavy rotation, is getting a little extra love. In addition to producing his plays, Memphis companies are also staging works inspired by Shakespeare. As was the case with Theatre Memphis' very funny production of The Complete Works of William Shakespeare (Abridged), one doesn't have to know all that much about Elizabethan theater to get the jokes in I Hate Hamlet, though some familiarity will make for a better experience. 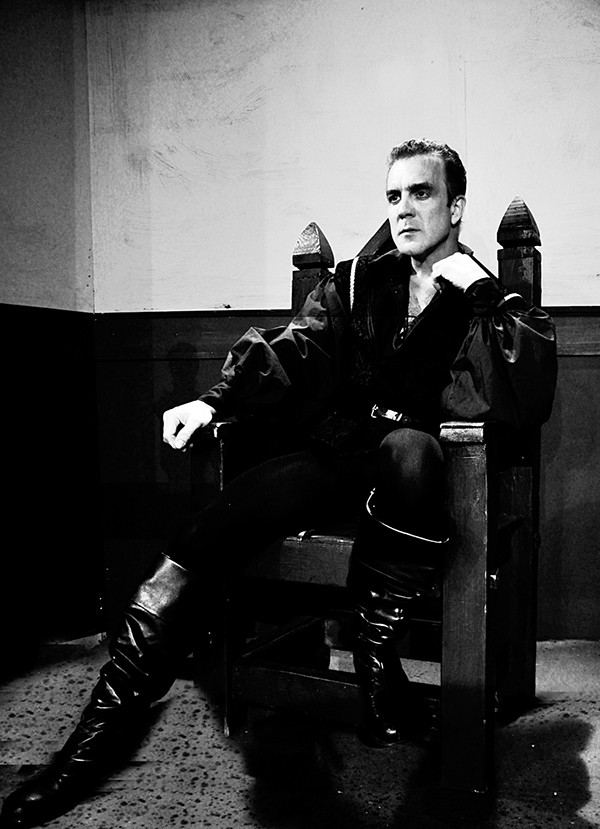 "It's like being in the live studio audience for a sitcom," Moore says. It's a good description, too.

I Hate Hamlet tells the story of Hollywood actor Andrew Rally, the popular star of a TV show that's just been cancelled. The good news, he's been offered the title role in Shakespeare in the Park's production of Hamlet. The not-so-good news: He's not a fan. The weird news: He's living in John Barrymore's old apartment, and the actor's martini-swilling spectre keeps showing up to offer acting and life advice.

"He's called a ham," Moore says of Barrymore, who swills, swaggers, staggers, and sword fights his way through the play. "So I'm playing him like he's always on."