ICE on Fire: The Immigration Mess

Immigration and Customs Enforcement (ICE) has earned the condemnation of many Americans for aggressively capturing and detaining people in our country.

The administration's overreach on immigration has resulted in images many of us have been trying to unsee: kids in cages, squalid, crowded conditions at detention facilities, some facilities operating at 10 times beyond capacity (in San Diego, for example), kids (six this fiscal year alone) dying in detention, and now the possibility of indefinite detention. ICE, to add to human misery, is now determined to go after immigrant children receiving life-saving medical attention at premier medical facilities in the U.S. — treatments that are not necessarily available in their home nations. How did all this happen? 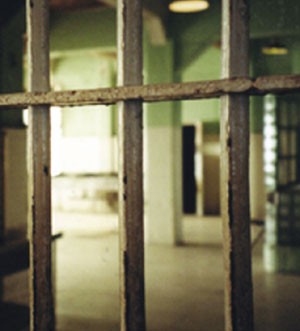 We've spent the past two and a half years focused on the Ionesco-inspired Theater of the Absurd that is the Trump Administration. The show is endlessly distracting, but the behind-the-scenes story involves a potent power grab by a nativist far right, which has found an enemy in immigrants who have no real political power and barely any political representation. Undocumented folks and green card holders don't vote. In theory, these individuals have rights, but in practice, the onslaught against them has been unrelenting.

Congress won't act; they don't have to. So we, the people, must act. But how do we manifest resistance to such inhumanity when it comes from our own federal government?

The vote in 2020 is the most obvious starting point. In the face of what we are seeing at our border, there can be no excuse for rational, decent people not engaging in the next election.

On a local level, the Mariposa Collective here in Memphis has offered a hand in the form of food, clothing, and kindness to migrants, asylum-seekers, and refugees, who pass through our city on buses from detention centers. This work continues and still needs committed volunteers and supporters.

Advocates and attorneys at organizations like Latino Memphis, the Community Legal Center, and the Tennessee Immigrant and Refugee Rights Coalition are on the frontlines battling to preserve basic rights and the futures of those under siege. Their work is not free, and they deserve our financial support so they can continue and expand their efforts.

We cannot rely on the work of others to fix these problems. Every resident of Memphis needs to understand the full ramifications of what this administration has done and plans to do. Churches, book clubs, and community associations should be educating and informing "the average citizen" about our immigration laws and the rights that all of us have — yes, even those here without documentation. We need good old-fashioned 1960s-style "teach ins" so we all understand that Trump's efforts to attack our immigration system don't end at the border, but have real effects on our friends and neighbors here.

We need to continually ask whether our local government is doing enough to protect our fellow residents. Our public officials need to be questioned, continuously, about any collaboration between ICE and our local police force. The City, the Memphis Police Department (MPD), and the Shelby County Sheriff have all gone on record as opposing such collaboration, yet the MPD, Shelby County Sheriff, and the Shelby County District Attorney's Office are all participants in the so-called West Tennessee Multi-Agency Gang Unit or MGU.

Included among MGU's participant agencies is at least one Immigration and Customs Enforcement (ICE) officer. MPD officers such as those working in MPD's Homeland Security operations communicate with ICE and share arrest reports with ICE officers. The full extent of this relationship is unclear.

Thus, we wonder whether the walls of separation between federal law enforcement and the local police are as firm as the local agencies have previously declared. This dividing line is critical. If people in our city refuse to report crimes to the police out of fear for their own safety/possible detention and deportation, it threatens the safety of our community as a whole. We should demand that our local officials obtain the clarity we deserve as Memphians as to the extent of ICE's participation with the MGU.

Just when you think the theater is over, a new act begins. The only way to tune out this sorry, surreal production is to take action, collectively and individually, because a nation that allows all of this to occur — including indefinite detention of fellow humans — has taken the turn from the theater of absurd to tragedy.