The obscurity of the abortion bans.

Louis Brandeis imagined that states could serve as laboratories of democracy. At the moment, they are serving as a bunch of mad scientists.

The late Supreme Court justice envisioned states trying "novel social and economic experiments." But he could not have anticipated just how novel the thinking would be of Alabama state Senator Clyde Chambliss (R), author of the state's toughest-in-the-nation law, which bans virtually all abortions, even in cases of rape and incest. "I'm not trained medically, so I don't know the proper medical terminology and timelines," the legislator-scientist said during this week's debate on his bill. "But from what I've read, what I've been told, there's some period of time before you can know a woman is pregnant. ... It takes some time for all those chromosomes and all that." Chambliss then argued that, under his law, women would be free to get abortions during this period of time — so long as they don't yet know they are pregnant. So a victim of incest could get an abortion? "Yes, until she knows she's pregnant," he reasoned, as journalist Abbey Crain recounted. 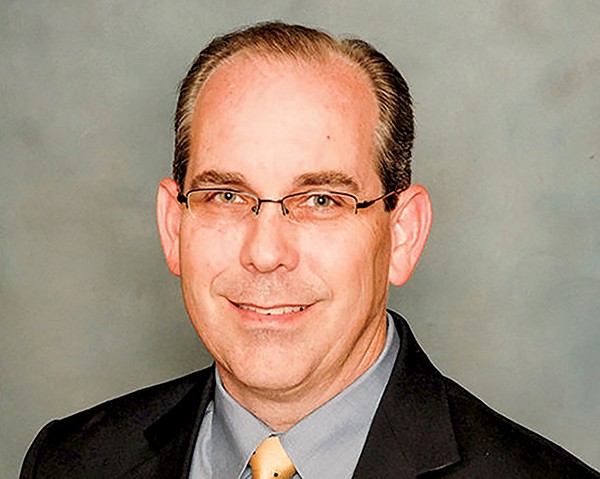 The genius behind the abortion law elaborated: "She has to do something to know whether she's pregnant or not. It takes time for all the chromosomes to come together." The poor fellow seems to have confused chromosomes, the genetic material that combines during fertilization, with the hormones detected in pregnancy tests.

So, once an egg is fertilized, no more abortions? Chambliss floundered: "I'm at the limits of my medical knowledge, but until those chromosomes you were talking about combine — from male and female — that's my understanding." Contradicting himself, he also said that throwing away eggs that were fertilized in vitro wouldn't land you in jail because "it's not in a woman. She's not pregnant."

He similarly was confused about how a doctor, who under the law would face imprisonment for assisting with an abortion, would discern between the identical symptoms of a woman miscarrying (which would still be legal) and one having a medication-induced abortion. "The burden of proof would be on the prosecution," he said — thus opening the 25 percent of pregnancies that end in miscarriages to law-enforcement probes.

Thus did Chambliss join the vanguard of clueless male legislators telling women what to do with their bodies. In Ohio, the author of a bill banning insurance coverage for non-life-threatening abortions included an exception for a fictitious procedure in which a doctor implants the fetus from an ectopic pregnancy in the uterus. The bill also appears — inadvertently — to ban coverage of IUDs and possibly birth control pills.

And Georgia, in its bill banning abortion after six weeks, designated "unborn children as natural persons" with "full legal recognition," thus inviting questions about whether it's legal for fetuses in the uteri of female inmates to be imprisoned without charges, whether women who have abortions could theoretically be charged with murder and whether, if a tax deduction is claimed for the unborn child, it would be repaid after miscarriages.

And: If fetuses are full persons, could we at least start teaching them biology?

After Justice Brett Kavanaugh provided the Supreme Court with a likely decisive vote to repeal Roe v. Wade, abortion opponents in state legislatures — Georgia, Alabama, Missouri, Louisiana, Ohio, Mississippi, Kentucky, North Dakota, Iowa, and elsewhere — have joined a pell-mell rush to come up with restrictive laws to serve as test cases. They say science has improved since Roe, but clearly the scientific knowledge of those writing the laws has not.

The new abortion bans are commonly dubbed "heartbeat" bills because pulsing cells can be detected as early as six weeks — but embryos don't have hearts at that point. Women may be near or past the six-week abortion window before they know they're pregnant. And though lawmakers may not intend to ban birth control or to jail women who have abortions, those possibilities are far more realistic than Trump's claim that Democrats like to "execute" swaddled newborns.

No wonder House Minority Leader Kevin McCarthy, who claims Democrats favor "infanticide," had difficulty with a question this week about whether Republicans would now be identified with the new laws. McCarthy opposes the Alabama bill, saying the state took an "extreme" position.

So extreme that it departed not just from legal convention but from medical science.