Since 2003, two years after the September 11th terrorist attacks, the Muslims in Memphis (MIM) project has been working to dispel myths and negative stereotypes about Islam and the Muslim community.

In an attempt to counter that, MIM will host its inaugural MusliMeMfest on March 26th at Agricenter International. The Flyer spoke with Odeh about MIM's plan to educate people in a light, fun environment and how Memphians can further bridge communities throughout the Mid-South. — Joshua Cannon 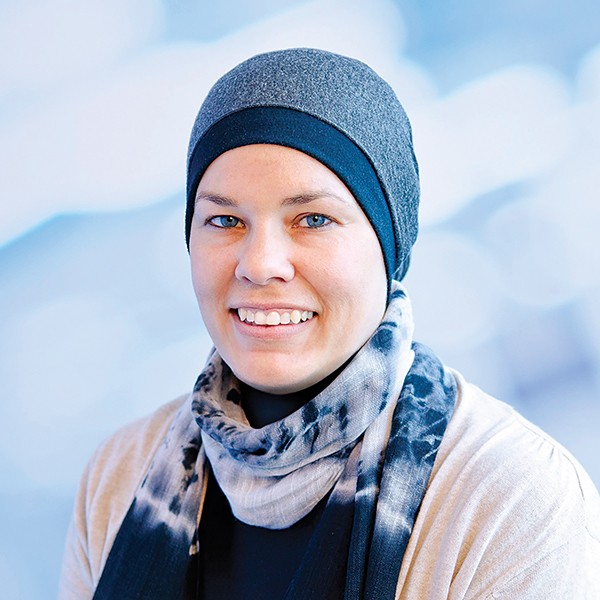 Flyer: What can people expect at MusliMeMfest?

Angie Odeh: We will have a silent auction of arts and crafts where the proceeds will go to St. Jude Children's Research Hospital. There will be food and dessert vendors from different nationalities. We will have family fun activities including hot-air balloon rides. You might want to stop by our Q&A table to stump the imam with any question you've wanted to ask. A bazaar will have things both exotic and domestic. There will be ethnic dancing and poetry recitation. The poetry will be judged by live judges, and listeners in the audience will be able to text their votes in.

In such a hostile political climate, with Trump spewing misinformation and hate speech about Muslims, what are some of the biggest myths about Islam and Muslims that need to be dispelled?

Some have said we hate America. Nothing could be farther from the truth. Muslims in Memphis love America. Many of us are from here and are not foreigners. For us, we have chosen this as a religion, but we were raised in this country and love it. Others come as immigrants, like our ancestors, and just want to be able to achieve their dreams as others who have come before them. Our religion tells us that when we go to a new place to live that we are under the authority of that government and that we must obey the laws of that new place.

What steps can Memphians take to bridge communities of different backgrounds and faiths?

When the only knowledge we have of other groups is from the small sampling in the media, we will always come to the wrong conclusions. It may start with demonizing one group, but when that is allowed to happen, all groups are vulnerable. We have to get to know one another. Differences are what have made this country great. Differences make us work harder to understand. Differences bring creative solutions — they let us get to know people who are different than ourselves.

How has MIM brought visibility to the Memphis Muslim community?

We have had a strong interfaith movement that has allowed us to get to know each other. One part of that movement has been MIM. Through our various events over the years, we have tried to show who we are in a desire to be integral members of the community. Our mosque open houses, like one that we had on March 5th, are one example of bringing visibility to our Muslim community. Five of the area mosques were open for tours, talks, Q&A, and, as always, great food. The response from our non-Muslim neighbors was so great.

We are working with Heartsong Church on a community park called Friendship Park. Throughout the year, we offer free health fairs with screenings. We have a discounted Muslim clinic, and we have a food pantry serving the needy.