It's time to get real.

I don't know about you, but I'm not real yet, though I hope to be soon. Getting real will require me to look through my vital documents and spend hours waiting in line to present those papers to an agent of the state, in order to become recognized as real. Right now, I'm still undocumented, and if I don't become documented by October 1st, I won't be able to get on an airplane.

Most of you have probably heard about the "enhanced" or "real ID" we'll all be required to obtain in order to fly on a commercial aircraft in the U.S. after October 1, 2020. If you haven't, well, here's the official drill from the TN.gov website. 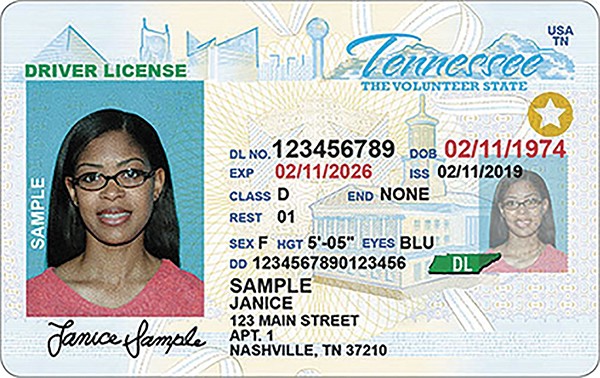 "The REAL ID Act of 2005 establishes minimum security standards for license issuance and production, and prohibits federal agencies from accepting for certain purposes driver's licenses and identification cards from states not meeting the Act's minimum standards. Beginning October 1, 2020, all persons must have a REAL ID license or other approved identification for accessing certain federal buildings, entering nuclear facilities, and boarding commercial flights within the United States."

Technically, you're not required to get a real ID. You only need one if you plan to fly, and who does that, really? Hardly anyone. Sure, if you have a passport, you can present that at the gate and still get on a plane, but most Tennesseans don't have passports, and others, like me, do not want to carry their passport around every time they fly in the U.S. It would be different if getting one of these things was easy. But it isn't. It's difficult and time-consuming. The state requires the following:

Proof of U.S. citizenship or legal residence: That would be a birth certificate or passport — or proof of citizenship, if you're a naturalized American. If you were born abroad, well, there are some papers you'll need to dig up, amigo.

Proof of Tennessee residence: You need two documents that show your name and physical address. These would include such things as a utility bill, a vehicle registration, a current driver's license or — duh, it's Tennessee — a handgun permit.

After you've gotten all four documents together, you head to one of Tennessee's 44 Driver Service Centers and prepare to stand in line for a few hours.

Let's leave aside the fact that thousands of Tennesseans will have trouble coming up with these documents and proofs of residence, and that thousands more don't have the ability to access computers and apply for missing documents or the luxury of standing in line for hours and missing work. And that doesn't even address the problem of the thousands of people who have no idea that they won't be able to get on a plane come October 1st because they've never heard of real ID.

Folks who can't find their birth certificate or don't have a driver's license or passport or don't have their name on a utility bill or who live, say, in group housing or assisted living or are out of work, are basically grounded. As are people who've lost vital papers due to moves or a fire or whatever. And to make things even more difficult, the state will only accept a debit card or credit card as payment. In other words, you need to have a bank account to get the ID. That's messed up and discriminatory.

I see this affecting the elderly, in particular. Imagine that Meemaw's on her way to meet her brand-new grandson (let's call him, Mavrick, just because that's now a thing) in Seattle and steps up to the ticket agent without a real ID. Lawd. How'd you like to be in the line behind her?

And let's also just imagine the chaotic scenes at our 44 Driver Service Centers as we get closer to October and people start to catch on. September should be loads of fun! Literally millions of Tennesseans will want — or need — to get a real ID. The state should begin throwing lots of people-power and resources at this problem, pronto. This process has got to be streamlined or people will be storming the capitol building with pitchforks.

If not, Meemaw's really gonna be ticked.