Jack Oblivian Loses His Weekend, Not His Way

In our recent tribute to Memphis songwriters, Greg Cartwright singled out one local bard who single-handedly inspired him to a higher level of songwriting: Jack Oblivian. And that nod to his writing is borne out not only by his contributions to the Compulsive Gamblers and the Oblivians, but in his solo work. His streak of great songs continues unabated with this year's spring release, Lost Weekend (Black & Wyatt), credited to Jack Oblivian & the Dream Killers.

Discriminating vinyl consumers may note a few duplicate titles between this release and the 2016 release, Lone Ranger of Love (Mony), namely "Boy in a Bubble," "La Charra," and "Lone Ranger of Love." But lest this give you pause, fear not, for the tracks are very different beasts from their previous incarnations.

In fact, the first thing one notices on the back cover credits is the note, "All instruments and vocals by Jack." The notes further indicate tracks where others contributed, but these amount to less than half of the album, often with just an additional guitar, saxophone, or keyboard supplementing the Oblivian's performances. Only two tracks, "Good Time Bad Girl" and "Lone Ranger of Love, Part II," mark a full return to his usual collaboration with the Sheiks. And the sound they conjure on the latter track contrasts starkly with the 2016 version, now featuring a slightly cleaner sound, fiercely strummed acoustic guitar, and an even more galloping gait.

Yet don't imagine that this LP cleans up the wonderfully dirty guitar sounds of Oblivian's earlier work. Guitar tones somewhere between molten lead and liquid gold still shine front and center. This is nowhere more apparent than on the drumless, three guitar weave of the instrumental "Stick to Me." Such weaves dominate the record, conjuring Thin Lizzy or even Steppenwolf at times. Indeed, though Oblivian is often lazily referred to as "punk," the full extent of his influences is quite apparent on this platter. Echoes of classic rock, soul, rock ballads, and, yes, punk, all are reflected here. While there is no reimagined MOR pop here akin to Lone Ranger's brilliant take on Christopher Cross' "Ride Like the Wind," all the detritus of rock 'n' roll radio culture is colliding here, with exhilarating results. 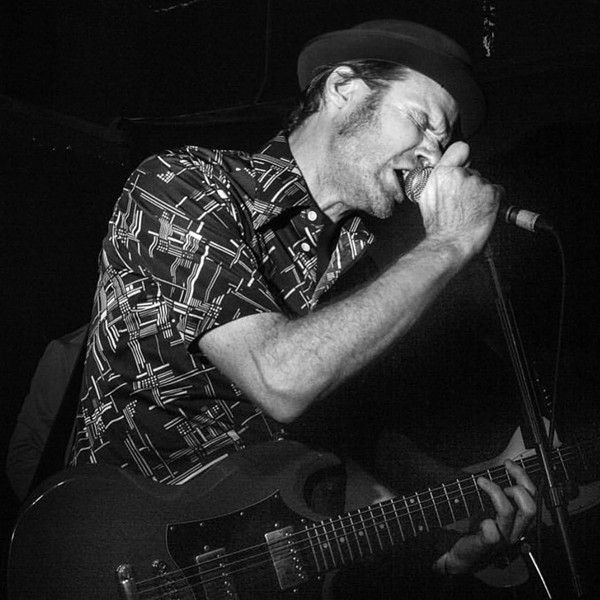 "An unlonely poet with his use of random words/Yeah his mind is shot, thoughts scattered like birds," sings Oblivian on the moody set closer, "Loose Diamonds." But that can't apply to Oblivian himself, for his pithy, tightly woven lyrics never fail to connect, yielding sharp observations at every turn. As for the overarching theme, the album title could not be more on point. There is an acute sense of loss to these tunes, not of a mere weekend, but loves just out of reach. Indeed, he says as much on the drum machine- and organ-fueled "Girl on the Beach," who would seem unattainable. Other loves, like "Scarla" or "Sabine" have handed Oblivian even crueler fates. Yet through it all, he's retained his sardonic humor and wit to step outside himself, even when playing alone, and flat out rock.