This rich, layered novel opens with the mysterious disappearance of a girl, Rebecca "Becky" Shaw, on the Irish moors. But, lest you think you're in for another page-turner like Gone Girl or Girl on a Train, be aware that the author has something deeper in mind, which becomes clear four or five pages in. Reservoir 13 is what you might call a sociological thriller: McGregor is more interested in what happens to the lives of the people in this small village after the disappearance than in the particulars of the crime, if indeed a crime has been committed. The book resembles Dylan Thomas' Under Milkwood more than it does Mary Higgins Clark's Where Are the Children?

It reminded me also of A. S. A. Harrison's The Silent Wife, which has been described as a domestic noir. In that novel we are aware from page one that a murder has been committed, but the narrative is more concerned with the characters than the felony.

McGregor's prose style and approach are unique. His sentences circle the subject, build on non-sequiturs and juxtapositions, accumulate like imagistic flashes. When he mentions the missing girl, the reader is shocked back to the center, having become rapt in the happenstances of the village where the action takes place. McGregor employs a large mise en scène and populates it with individuals, all acutely drawn, in a democratic process similar to what Robert Altman used to do in films like Nashville and Gosford Park. Are any of these good folks guilty of a crime, complicit somehow in Becky's disappearance? The answer is secondary to the analysis of each character, to the psychology of what makes us human, what makes us stick together or fly apart. 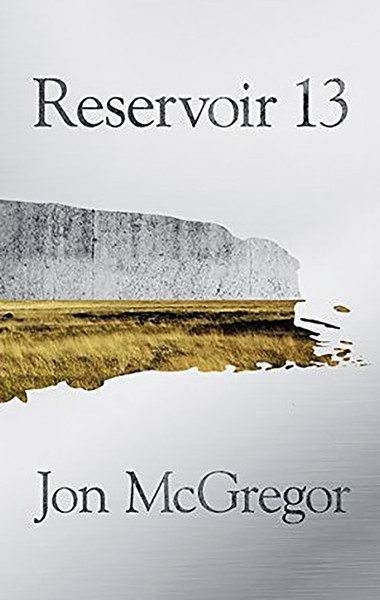 The amassing of mundane elements and facets of character, the bone-deep life of the village, create a complex quilt of intensely rendered components: "The clocks went back and the nights overtook the short days. The teenagers walked home from the bus stop in the dark. A man fitting the missing girl's father's description was seen walking farther and farther away from the village." And: "By April the first swallows were seen and the walkers were back on the hills. At the heronry high in the trees above the quarry there was a persistent unsettledness of wings." And: "Jane Hughes held a service at the church to mark five years since the girl had gone missing, and this time the mother managed to attend. Care was taken not to call it a memorial service. ..."

There's a grace and shimmer to McGregor's prose reminiscent of the great Irish writers like William Trevor and Brian Moore. There's also, at times, a drunken poetic cadence that recalls the bravura of Scotland's James Kelman. But McGregor is his own man, and, ultimately, his style is as idiosyncratic as it is utilitarian. His seemingly simple sentences carry great weight.

What the author seems most interested in is the passage of time, how it flows around and through us no matter what occurs. How we reckon it, how we are aware of it, never varies. "The clocks went forward," he says, "and the evenings opened up and the days stood a little straighter on their feet. The catkins came out on the willows by the river and swung wildly in the wind." Seasons change, animals arrive and depart, the air is cooler, the rain more insistent, people move away, and some come back and some don't. The river rises and then abates. Holidays come and go. Men and women get together, break apart. Lambings, parties, marriages, deaths. There is a rhythm to life that even death is woven into. Even the death of a child. As the years go by, the picture of Becky changes. She's near 15 now, now 17. Computer generated imaging comes into play. This is how she would look if she's still alive. She's still alive, many say.

Years on, some of the villagers still feel they are under the Curse of the Missing Girl. Even in McGregor's elegant, controlled, lapidary technique, the mystery still rises to the surface. What happened to Rebecca "Becky" Shaw?