Judas and the Black Messiah Writes History with Lightning

In 2014, I had the privilege of helping Pritchard Smith and J.B. Horrell with their documentary The Invaders. My job as writing consultant was to punch up the voiceover and help sort out the structure of the complex story of Memphis' homegrown Black Power militia. It remains one of my favorite film jobs ever.

The most heated debate we got into during that post-production period was about COINTELPRO, the FBI's counterintelligence program, which targeted radical political groups in the 1960s and '70s. And by "radical political groups," I really mean, "people J. Edgar Hoover didn't like." It wasn't the right-wing John Birch Society who were getting their phones tapped, their ranks infiltrated, and their leaders incarcerated. It was the Black Panthers. 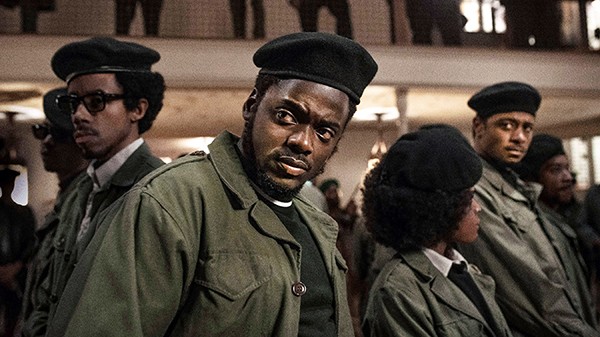 These groups represented Hoover's worst nightmare: revolutionary Black socialists. The Invaders, who were not directly affiliated with the national Black Panther organization, were mostly Vietnam veterans. Hoover and his rabid anti-communist allies thought they had been radicalized overseas by Maoist agitprop. But the truth was, it was the grinding poverty and relentless racism they experienced back home that lit their revolutionary flame.

The Invaders were blamed for the riot that broke out during Dr. King's March 28, 1968 march in Memphis. But they denied involvement, claiming the window breakers on Main Street that day had been a COINTELPRO false flag operation. We believed them, but would the average viewer of the documentary? In the Obama era, the story sounded paranoid. Not so much anymore.

The Invaders, it turns out, got off easy. They only had their reputations besmirched. The next year, Fred Hampton, the leader of the Chicago-area Black Panthers, was killed by what can be described only as a COINTELPRO death squad — at least, that's how we would describe it if it happened in another country. Hampton's brief life and scandalous death are the basis for director Shaka King's Judas and the Black Messiah.

The film's framework is formed by a trio of brilliant performances: Daniel Kaluuya's turn as Fred Hampton is in the same league as Denzel Washington's Malcolm X or Daniel Day-Lewis' Lincoln. When he's delivering fiery oratory to rapt crowds, you believe he could be the Black Messiah. (That term comes not from ranks of the Black Panthers, but from Hoover himself, played with oily gravitas by Martin Sheen.) Hampton's opposite in every respect is Roy Mitchell (Jesse Plemons), a white FBI agent tasked with infiltrating and disrupting the Panthers. He is as blandly professional as Hampton is passionate.

Caught in the middle is Bill O'Neal (LaKeith Stanfield). After he's collared for using a fake FBI badge to carjack carjackers, O'Neal is blackmailed into going undercover in Hampton's Panther chapter. Once inside, the people he meets aren't the dangerous terrorists of Hoover's vision. He comes to admire Hampton's emphasis on small-bore community organizing over grandiose dreams of revolution. But O'Neal is not a communist "fellow traveler." His FBI handler woos him with fancy dinners, fat wads of cash, and, when Hampton needs a driver, a new car.

With such an epic story of political struggle, it would have been easy — and perhaps even satisfying — for King to draw cartoonish good guys and bad guys. But even when he's slam-banging big action sequences, such as the police siege of Panther headquarters, which devolves into a pitched firefight, King chooses moral complexity. Sometimes when O'Neal looks at Hampton, he sees a community-minded politician at the beginning of his career. Other times, he sees a Marxist-Leninist strongman building a cult of personality. Mitchell sees himself as a career-minded law enforcement professional who is shocked when confronted with his boss' overt racism. But when the time comes to plan the hit on Hampton, he just follows orders.

What ultimately humanizes Hampton (and damns O'Neal's treachery) is his relationship with poet Deborah Johnson (Dominique Fishback). The chairman may be a hard-nosed revolutionary, but Hampton is utterly unprepared when Johnson takes a shine to him. "I wouldn't have thought of you as shy," she says as she tries to goad the 21-year-old into kissing her for the first time.

Kaluuya's earth-shaking performance may be the headline, but everything from the noir-toned cinematography to the banging score is honed to a razor edge. Whether it's mining gangster pictures like Boyz in the Hood for tense scenes of urban combat or twisting the narrative into JFK paranoid pretzels, Judas and the Black Messiah succeeds on every level. Judas and the Black Messiah is now showing at multiple locations, and streaming on HBO Max.