June 05, 2020
comment
To anyone who watched the hearing on Wednesday by Zoom, the denouement was obvious: Davidson County Chancellor Ellen Hobbs Lyle was going to allow statewide voting by mail for this year’s coming elections. 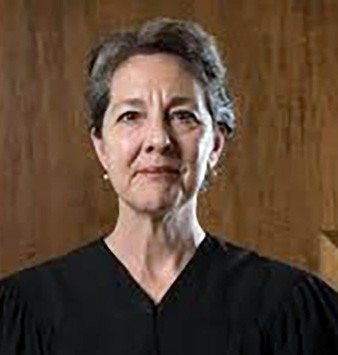 First, it was obvious that Steve Mulroy, attorney for the Up the Vote 901 group of Memphians who filed suit to suspend existing state restrictions on absentee voting in view of the COVID pandemic, had mastered the subject and was prepared to demolish the arguments presented by assistant state Attorney General Alex Rieger.

Mulroy, with an assist from co-counsel Jake Brown and Angela Liu of the American Civil Liberties Union, systematically refuted such claims from Rieger as that expanding absentee-voting rights would cause costs to spiral out of control (the state has millions of unspent HAVA Act funds to offset election expenses), that the error rate of mail-in voting would be dramatically higher than on-site voting (any differential, as Mulroy demonstrated, would be infinitesimally small), and that voting officials would be overwhelmed with new tasks to the point that on-site voters could not  be sufficiently taken care of.

It was equally obvious that Judge Lyle had steeped herself in the details of the case and was skeptical of the state’s claims — particularly the implication that Tennessee was incapable of making adjustments that several adjoining states had already made to accommodate mail-in voting during the course of the pandemic.

“I don’t see clarity here,” she admonished Rieger at one point, and she made short work of the state’s contentions that a survey of local election officials in the state had produced a negative reaction from them to the idea of relaxing the restrictions imposed on absentee voting under current state law. The survey, as she noted, had been skewed, asking the officials to react to the prospect that 100 percent of the state’s eligible voters would exercise the franchise and that all of them would do so by mail.

In her ruling, Chancellor Lyle not only discounts the state’s allegations but notes that the Tennessee constitution is “more explicit than the federal Constitution” in guaranteeing the right to vote and that the state’s “restrictive interpretation and application of Tennessee’s voting by mail law” constitutes “an unreasonable burden on the fundamental right to vote.”

The state’s election authorities are therefore mandated to accommodate “any eligible Tennessee voter who applies to vote by mail in order to avoid transmission or contraction of COVID-19.”

The Judge does not require the state to automatically provide the state’s entire voting population with mail-in ballots, merely those voters who apply for them.

There was universal rejoicing on the plaintiffs’ side of things. But state Attorney General Herb Slatery frowned on the outcome, saying, “It is yet another court decision replacing legislation passed by the people’s elected officials with its own judgment.”