Juneteenth: Leaders Explain Significance, Why It Should be Recognized 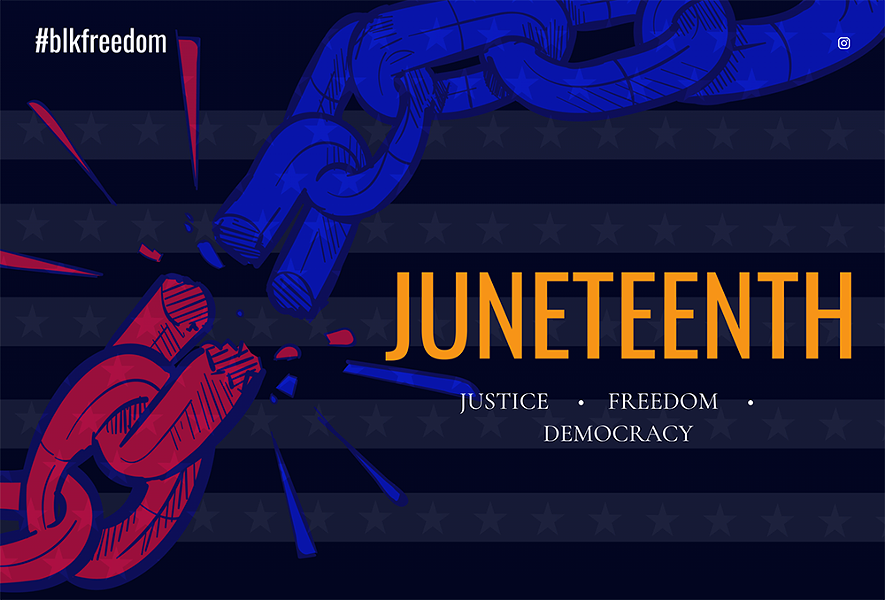 As the Black Lives Matter movement picks up steam around the country, so has the push to make June 19th an official holiday.


June 19th, deemed Juneteenth or Emancipation Day, marks the day in 1865 when the Union Army arrived in Texas and announced the end of the Civil War and slavery.


Though Juneteenth is not designated as a federal holiday, 46 states have made the day either a state holiday or state holiday observance. Here, June 19th is neither.


Rep. Antonio Parkinson is sponsoring a bill in the Tennessee House to change that. The legislation, HB 1626, would make June 19th a state holiday.


“It’s very important for us as African Americans to recognize something that ended the biggest trauma toward black people in the United States,” Parkinson said. “Everyone needs to be educated in all of our history in relation to all people. There’s a rich history in our state and I think when people receive that education in cultural matters and truthful history, it sheds new light and it gives you some glimmer of perspective from people who don’t look like you and haven’t had the same experiences.”


Citing racial division and a “culture of racism” in the Tennessee General Assembly, Parkinson said he is not confident that the bill will pass, but he “will do everything I can to get it to pass.”


“You have to understand the culture we have in the Tennessee legislature,” he said. “There’s a culture of ignorance that exists. And when I say that I don’t mean in a demeaning fashion, but the actual definition of ignorance. There is a need to overcome those things.”


Trent said historically Juneteenth has been largely celebrated in Texas, but it’s evolved into a “national moment to pause and celebrate the end of slavery and bondage.”

“It’s very important for us as African Americans to recognize something that ended the biggest trauma toward black people in the United States.” tweet this

“There hasn’t been a national moment of recognition of ‘yes, we enslaved millions of people for hundreds of years,’” Trent said. “We owe it to those people who were so critical to the foundation of this country in a number of different ways. Also, we should celebrate the fact that their descendants are still in this country. It’s worth taking a moment and doing that.”


Trent said that Independence Day and Juneteenth celebrate different milestones in the country, but are equally important from a historical standpoint.


“Both of those dates deserve to be on the national calendar,” Trent said. “As a country we owe it to citizens to take pride and recognize both of those moments.”


This year, the NCRM, in partnership with five other museums and historical institutions around the country, will host a virtual Juneteenth commemoration Friday. The site BLKFREEDOM.org will provide educational content, artistic performances, and discussion prompts in an effort to explore the meaning of freedom, justice, and democracy.


“We’re using this moment to celebrate what we’ve overcome and use that to galvanize and catalyze the next part of the freedom struggle,” she said. “We have a unique opportunity to do so this year considering the current climate of the country.”


Parkinson said he believes you can’t “remove racism from the hearts of people.” That happens through life experience or “divine intervention.” However, he hopes his legislation and the current protests happening around the state will help.


“It’s not like you can turn on a switch with legislation,” Parkinson said. “You can’t legislate people’s hearts. It’s going to take some intervention. And that’s happening right now with everyone expressing themselves related to the killings of unarmed African Americans and these racist symbols and statues. Maybe those things will begin to thaw out some of the hearts that are operating in our capital.”