Some people are born funny. Some achieve funniness. Others have funniness thrust upon them. Shakespeare sort of said that. And so did Kids in the Hall co-founder Kevin McDonald, who's coming to perform stand-up comedy, sketch comedy, and an improv jam with Memphis' own Bluff City Liars.

"It's going to be a great workshop," says comedian and Bluff City Liar Benny Elbows-Frederick. "The Kids in the Hall is one of the greatest sketch shows of all time, and Kevin's going to teach how they wrote it. The fact that the sketches written in the workshop will be performed on the show Sunday night is icing on the cake." There are sprinkles on that icing too. Some Memphians who take part in the workshops will also get to perform some of the developed sketches alongside McDonald. 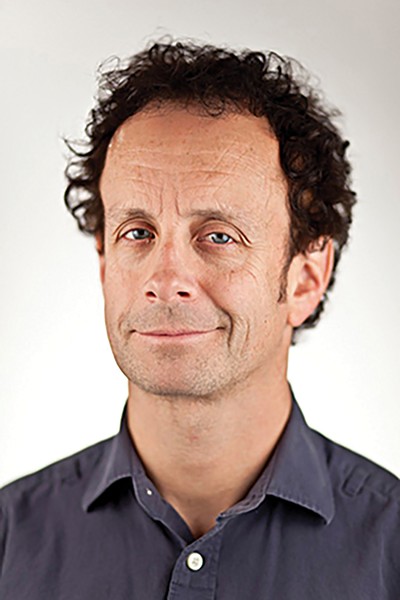 "Honestly, we just got an email from him out of the blue," Frederick explains. "Someone must have told him about our shows at TheatreWorks. It was a little weird getting an email from someone I'd watched so much growing up. I was a little skeptical that maybe it was a prank."

Don't think you're funny enough to jam with one of the Kids? McDonald has some tips. "I think to be more spontaneously funny you have to attempt to be funny all the time," he says. "If you try making people laugh a lot, it soon becomes natural to at least try to be funny a lot. You also figure out what jokes work and which ones do not. The more you try comedy, the easier it becomes and the less afraid of it you get."

The other way of being spontaneously funny is to be born a funny person, McDonald says: "However, no workshop in the world can help you with that. A good workshop can make you funnier — but I believe you are either born naturally funny or you are not."